The UN expert said Sri Lanka was slow to deliver on its promise of justice for atrocities during its decades-long civil war. He warned the country faced international action if it did not expedite probe into war crimes. 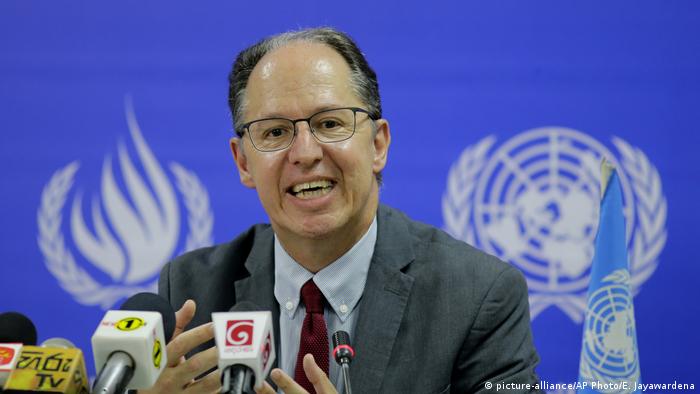 Pablo de Greiff, the UN special rapporteur for transitional justice, said on Monday Sri Lanka was slow in dealing with allegations of war crimes and other rights violations linked to its civil war.

During his visit to the island nation, de Greiff told reporters that the Sri Lankan government had yet to address many of the issues he had highlighted during his last visit more than two years ago.

The issues that remain unaddressed include the release of civilian lands occupied by the military, repealing a harsh anti-terror law, speeding up cases against terror suspects languishing in jails and putting an end to intimidating forms of surveillance.

"Each of these issues involves questions of basic rights and thus, the continued failure to achieve progress in fully addressing them constitutes a denial of justice," de Greiff said.

"The delays raise questions in many quarters about the determination of the government to undertake a comprehensive transitional justice program," he said. 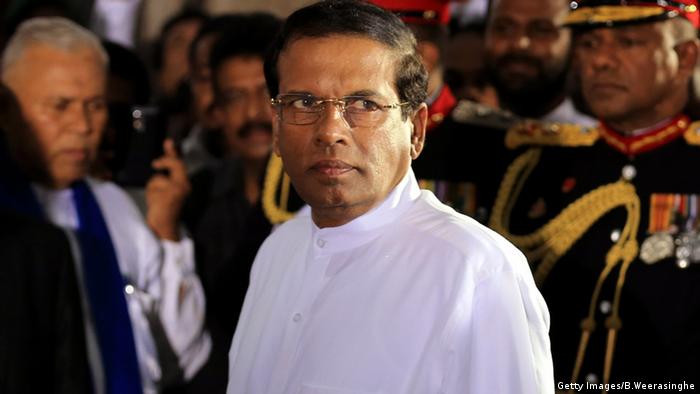 At least 40,000 ethnic Tamil civilians were killed during the military offensive in the final months, according to UN figures. Both sides were accused of serious human rights violations, some amounting to war crimes.

Responding to international pressure, the Sri Lankan government led by President Maithripala Sirisena promised justice for war victims. But, so far, it has been slow to deliver on its pledge. Sirisena has rejected UN calls for allowing international judges to investigate atrocities committed during the war.

De Greiff said Sri Lanka risked action by foreign jurisdictions if it did not take steps to ensure a credible investigation of its own. He was referring to cases filed by a South African rights group against a former Sri Lankan military general for his role in the civil war. Jagath Jayasuriya last month quit as Sri Lanka's ambassador to Brazil and left the country two days after the case was filed.

"As the recent case presented in Brazil against a former member of the armed forces demonstrates, accountability will be sought either here or abroad," de Greiff said in Colombo on Monday.

Dutch investigative journalists have said that at least 11,000 babies adopted by foreign couples were either bought or stolen from their parents. Authorities in Sri Lanka and the Netherlands have launched investigations. (21.09.2017)

A new UN report has revealed "patterns of grave violations" during Sri Lanka's decades-long civil war and called for the creation of a special court including foreign magistrates to probe crimes committed at the time. (16.09.2015)