Dutch investigative journalists have said that at least 11,000 babies adopted by foreign couples were either bought or stolen from their parents. Authorities in Sri Lanka and the Netherlands have launched investigations. 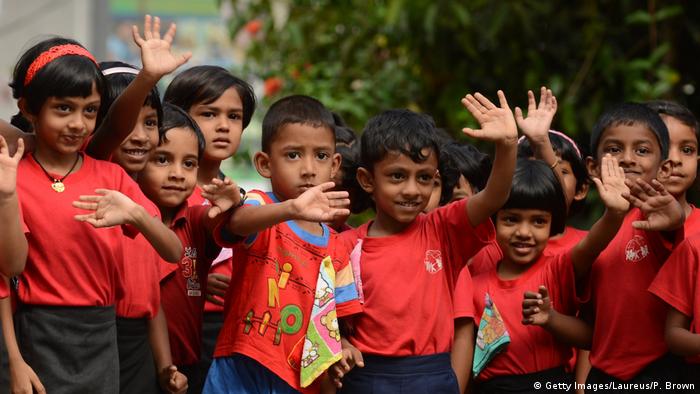 The government of Sri Lanka has acknowledged that some 11,000 babies adopted by foreigners in the 1980s were likely either bought or stolen from their biological parents.

Health Minister Rajitha Senaratne told the Dutch documentary series Zembla, which aired an investigation on the issue in the Netherlands on Wednesday, that the government was launching an inquiry into the matter and would set up a DNA database to help families search for their relatives.

"The government takes this matter very seriously," Dutch daily Algemeen Dagblad quoted Senaratne as saying. "This is a violation of the human rights of the familes."

According to Zembla, the schemes were so widespread that they not only included intentionally impregnating women at so-called "baby farms," but even stealing babies from hospitals. As one mother told the program, she was told that her baby died shortly after birth — although one of her relatives saw a doctor leave the hospital with the child shortly thereafter.

Criminal syndicates would sometimes hire "actor mothers" to pretend to be a child's biological mother for the foreign couples, most them from Netherlands — but many also from the UK, Sweden and Germany. Some of these fake mothers said they were paid by hospital employees.

Zembla also claims that Dutch records of Sri Lankan adoptions were sometimes falsified to cover up the dubious nature of the transaction.

Crimes of this type were widespread in Sri Lanka during the 1980s, until a 1987 raid on a baby farm found 22 women and 20 infants living in "prison-like" surroundings and adoptions in the country dropped significantly.

Dutch Minister of Security and Justice Klaas Dijkhoff has said he will meet Sri Lanka authorities soon to discuss the DNA database and other related issues. He said he was currently investigating "how the roles and responsibilities were divided, how the supervision was organized at the time and which specific organizations and people were involved."

Zembla, which is produced by public broadcasters VARA and NPS, is known for its explosive investigative reports. One of its most famous pieces came in 2006, when it uncovered evidence that controversial politician and activist Ayaan Hirsi Ali had lied on her asylum claim when she arrived in the Netherlands, prompting her resignation from parliament.

Moscow's decision to stop Americans from adopting Russian children is "discriminatory," according to a ruling by the European Court of Human Rights. Russian officials say there is no reason to reverse the ban. (17.01.2017)

Under a new 'Let's raise them in families' campaign, Rwanda hopes to find new families for thousands of orphans living in institutions. Carers say children need time to adapt to change. (31.08.2016)

World in Progress: Illegally adopted Brazilians search for their roots

Turkey now wants the world to refer to it as Türkiye. What other countries have recently changed their names and why? Sometimes it's politics, other times a break from history or even marketing.

Russian energy firm Gazprom says it has suspended supplies of gas to the Netherlands after payments were not made in rubles.