Moscow's decision to stop Americans from adopting Russian children is "discriminatory," according to a ruling by the European Court of Human Rights. Russian officials say there is no reason to reverse the ban. 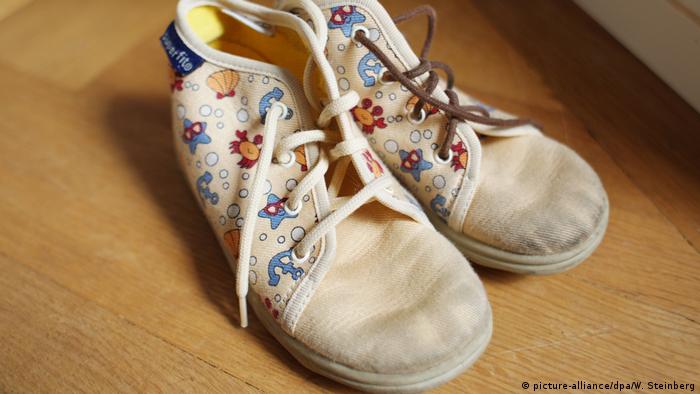 Aaron and Jenny Moyer are loathe to let Russian lawmakers dash their hopes. The US couple had nearly completed the adoption of a Moscow orphan with Down syndrome when Russia banned it. Now they have one last chance. (18.02.2013)

Putin opponents protest against ban on US adoption

Protesters have taken to the streets of Moscow to voice anger over a Kremlin decision that bars US citizens from adopting children. Protesters accuse Russian President Vladimir Putin of using orphans as political pawns. (13.01.2013)

The Strasbourg-based judges ruled against Russia on Tuesday, ordering it to pay damages to a group of 45 Americans who had been prevented from adopting Russian children.

Russian lawmakers passed a law barring all Americans from adoption in late 2012, responding to a US measure which sanctioned Russian officials accused of human rights violations.

Moscow justified its adoption ban by saying that many Russian children faced abuse by their adoptive parents in the United States. The bill itself has been unofficially labeled the Dima Yakovlev law, bearing the name of a toddler who died of heat stroke after his new American father left him locked in a car.

Before the ban, US citizens had adopted some 60,000 Russian children, making many in Russia resentful for making the youths take on a different national identity. The ban halted pending adoption requests for 259 children.

In the Tuesday ruling, the European Court of Human Rights said that the ban was "retroactive, indiscriminate, and was applied irrespective of the status of proceedings or the individual circumstances."

The council also ordered Moscow to pay 3,000 euros ($3,180) in compensation to American couples and individuals in the case, in addition to legal costs. Russian officials said they planned to appeal.

"There is a massive amount of evidence that our children are being abused, subjected to cruel and inhumane treatment, often with lethal consequences," he told the Russian Interfax news agency. He accused the US justice system of being too lenient in such cases, saying that some of the alleged abusers "were freed and just walked away from the courtroom."

Commenting on the Tuesday ruling, Dolgov said that his side "sees absolutely no reason to alter or revoke the ban, same as before."

Russian authorities say they would raise their appeal before the court within the next three months.