The "Islamic State" may have been beaten in Syria and Iraq, but Sri Lanka's Easter Sunday bombings have triggered fears that the group may be moving to a new battleground. Extremist ideology is on the rise in Asia. 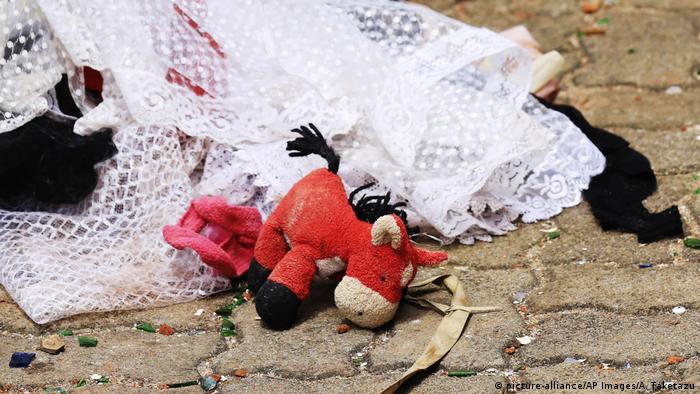 DW: "Islamic State" (IS) has claimed that its members were responsible for Sunday's attacks in Sri Lanka. Is there any credibility to this?

Susanne Schröter: After Sri Lanka's government announced that a small group of local Islamists, National Thowfeek Jamaath, were behind the attacks, many analysts thought that this assertion was basically nonsense.

A small group like this would hardly have been capable of carrying out attacks of this magnitude. It required very exact planning, organization, weapons expertise, and much more. The Sri Lanka attacks were reminiscent of the big choreographed attacks that were experienced in Mumbai or Paris.

I get the overall impression that Sri Lanka's government is trying to say anything that might provide answers, because officials obviously don't know very much at this point. 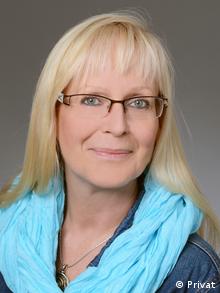 Susanne Schröter: 'The terrorists found a gap in which they were able to strike'

Why was Sri Lanka chosen as a target?

It must be made clear that Sri Lanka is a country where Christians have never been a group with much political significance. Furthermore, the attackers could not latch on to a narrative of conflict between Muslims and Christians, because this conflict doesn't exist in Sri Lanka. This is why what happened was very unusual.

I think that Sri Lanka was chosen because it was an easy target. The authorities were obviously ill-equipped and were not being vigilant, although they had reportedly been warned of imminent attacks.

The brutality of the attacks, and the symbolic timing and location, were intended to elicit the greatest possible international impact. The terrorists clearly achieved this aim and sent a message: "You can use international forces to drive us out of Syria and Iraq, but we haven't been defeated and we are still powerful."

In recent years, more and more attacks and conflicts with a jihadist background have been taking place in South and Southeast Asia. Are we experiencing a shift in conflict from the Middle East?

This is definitely taking place, and it is a danger that all countries — not just in Asia — must be prepared for.

Now that IS has mostly been defeated in Syria and Iraq, many of those who joined the group are returning to their home countries. These people can now try and carry out attacks, both at home and elsewhere. They want to send a message that they are still here.

International terrorist organizations like IS and Al-Qaeda operate transnationally, and they can cross borders without any problems and transport weapons, money and people across half the world. You could say that they have developed terrorism into a business model and use it to earn a living. It should be expected that they will continue to carry out attacks, especially in places where security agencies are not prepared.

Is the jihadist scene well connected in Asia?

We see competition and fissures throughout the jihadist scene, because different group leaders have different views and each mobilizes different sets of followers. However, there are also many cases where groups fuse together. So, the entire scene is extraordinarily flexible. The biggest problem in South and Southeast Asia is that there are groups of jihadists that have gained structure and international experience.

For example, the jihadists who fought together in Syria maintain good connections after they return home, and they are highly motivated.

If and when an attack occurs, some kind of reason or justification may be given alongside it. But the larger message has less to do with individual actions, rather the terrorists want to demonstrate — while also assuring themselves — that they are still powerful, despite the international operations conducted against IS in Syria and Iraq.

How prepared are countries in South and Southeast Asia for the challenge of fighting terrorism? Is there transnational anti-terror cooperation?

It really depends. Transnational cooperation against terrorism is primarily found where the danger is already very high and the government is heavily involved. It also depends on whether the authorities are willing to cooperate with foreign governments and secret services. Surely, in Sri Lanka, this kind of cooperation is not set up very well — and up to now, there hasn't been a need for it. Therefore, the terrorists found a gap in which they were able to strike.

This interview was conducted by Rodion Ebbighausen

German politicians across the political spectrum said the persecution of Christians worldwide is growing. Their statements came after a spate of bomb attacks on churches and hotels in Sri Lanka on Easter Sunday. (23.04.2019)

Sri Lanka's government reports that a domestic terror cell was behind the series of bomb attacks that killed nearly 300 on Easter. The military have been given sweeping wartime powers to arrest and detain suspects. (22.04.2019)