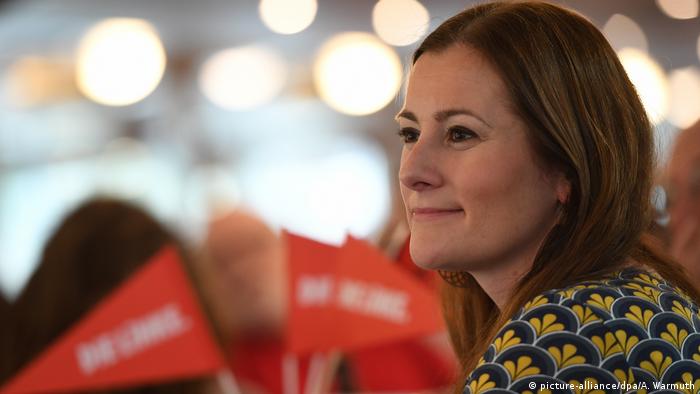 Parties in the German state parliament of Hesse issued a joint statement Saturday to denounce "heinous and disgusting" threatening hate mail sent to the parliamentary leader of the socialist Left Party.

Janine Wissler said she received two threatening letters containing personal information that is not publicly known which were signed "NSU 2.0."

The NSU (National Socialist Underground) was a neo-Nazi terrorist group in Germany uncovered in 2011 that has been associated with a number of murders and terrorist actions against non-Germans and prominent left-wing figures.

The signature "NSU 2.0" indicates a resurgence of the group and echoes anonymous death threats received by Frankfurt lawyer Seda Basay-Yildiz two years ago.

Basay-Yildiz represented the family of the first murder victim of the NSU.

The police never discovered the author of those letters.

Wissler thanked her fellow party chiefs for their message of solidarity on Twitter.

"The democratic parties in the state parliament of Hesse are appalled by the apparent right-wing extremist threats," the statement said, signed by local leaders of the center-right CDU, the center-left SPD, the environmentalist Greens and the pro-business FDP. The state parliament is led by a coalition of the CDU and the Greens.

"The threats against our colleague Janine Wissler are heinous and disgusting," the statement continued. "An attack on one representative is an attack on us all."

The far-right Alternative for Germany (AfD) party, the fourth-biggest in the state, did not sign the statement, but their parliamentary leader also expressed outrage at the letter and said he hoped the author would soon be found and face prosecution.

Several civil servants police lost their jobs but no one was charged with sending the letters, according to broadcaster Frankfurter Rundschau.

The fresh threats come days after a Left Party politician was attacked in Bavaria. An unknown assailant tried to attack Stefanie Kirchner in the city of Ingolstadt while insulting the party, according to police.

The Left Party is the direct descendant of the Socialist Unity Party, the governing party in the one-party system of the German Democratic Republic, or East Germany, from 1949 to 1989. They currently have representatives at all levels of government, especially in the former eastern states.

Right-wing extremist crime is on the rise across Germany. But in one of the country's most notorious neo-Nazi hubs, the days of the drunken skinheads shouting abuse as they parade the streets each week seem to be over. (23.06.2020)