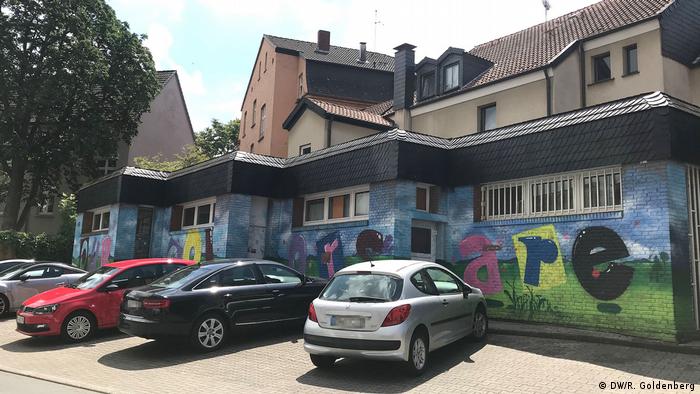 The western German city of Dortmund, once famous for its steel and coal industries, has a decades-old reputation for its avowed neo-Nazi scene. In 2015, a special task force was set up to take action against them and now, the city's police chief, Gregor Lange, proudly points out that this is bearing fruit.

In 2019, says Lange, the city recorded a marked drop in crimes committed by far-right extremists as compared to 2018. Offenses such as sedition, verbal assault, racist propaganda, and damage to property were down by 25%. Violent crimes such as arson and bodily assault went down by 35% year-on-year. The drop is even more impressive compared to five years ago, when figures were 50% and 80% higher, respectively. 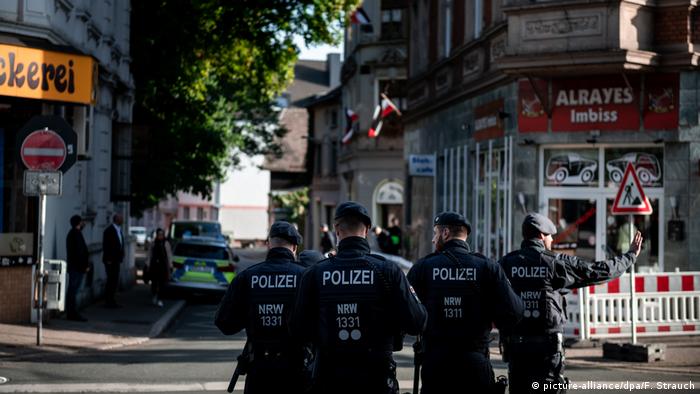 "We pooled officers from Dortmund and beyond and made combatting every kind of right-wing crime our focus across departments, to put the right-wing scene under pressure and show our presence continually," Lange told DW. The police chief said that the task force "took action against every single offense, even small ones like damaging property, showing Nazi symbols — and prosecuting every single one of them effectively."

So Dortmund is bucking the national trend,which saw a 14% rise in right-wing crimes in 2019, compared to the year before.

Dortmund had already begun to take action a decade ago by launching a citywide "Action plan against right-wing extremism," bringing together city authorities and civil society groups. Four full-time staffers and several community service helpers organize initiatives in the town's far-right hotspots, remove propaganda graffiti and banners, support victims of extremist violence, and set up educational events to promote democracy building. The plan is financed with €800,000 ($897,000) per year from state and city coffers.

Far-right extremist activity in Dortmund has been entwined with the hooligan scene of its very successful football club, Borussia Dortmund (BVB).

The city of some 600,000 inhabitants is the largest in the Ruhr region, Germany's rust belt. It is a former center of industrialization, where coal mining and steel processing began over a century ago. The post-industrial decline that gripped the region is strongly felt in Dortmund, which has an unemployment rate of over 14% — more than twice the national average.

One-third of the city's population has a migrant background, mainly from Turkey and southeastern Europe — the region was a top destination for the "guest workers" who came to from those countries between the 1950s and 1970s to fill Germany's labor shortage. The city now has a large Muslim community and 30 mosques.

Currently, around 3,200 asylum-seekers from 70 countries live in Dortmund — most of whom come from Iraq, Afghanistan, Syria, or Nigeria. The area of the former "Westfalenhütte" industrial site just north of the city center, where 25,000 workers were employed during the postwar economic boom, is now home to immigrants and less affluent families due to its cheap and often poor-quality accommodation.This is where right-wing extremists from both Germany and abroad marched in big numbers every week for years — sporting Nazi symbols, waving flags, shouting racist slogans. 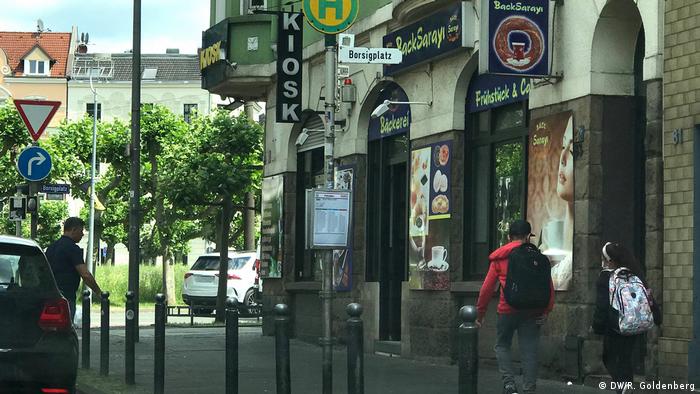 Borsigplatz, the center of BVB fandom, borders a run-down area where the neo-Nazis held their weekly marches

But those days are over, says activist Jutta Reiter of the German trade union federation. "We notice that the neo-Nazis have retreated: Despite their announcements, they no longer stage big demonstrations like the ones that used to draw national attention to our city. Their events are very small now. It is noticeable that they really have been weakened," she says.

One main reason for the development is that Dortmund's far-right leaders are all serving prison sentences. Judges have taken to doling out harsher sentences than they used to. In June, Sascha Krolzig, the leader of Dortmund's far-right fringe party "Die Rechte" (The Right) was sentenced to 14 months in jail without parole. Half a dozen other far-right leaders are in prison and several more cases are still pending.

Supporters for "Die Rechte" a small and very vocal right-wing party,  live in Dortmund's Dorstfeld neighborhood. The area includes the notorious Emscher Street, where two big houses have been rented out exclusively to far-right activists and sympathizers. The landlord, a 91-year-old member of Chancellor Angela Merkel's conservative Christian Democrats (CDU), says he is not interested in their political leanings, but just in the rent they pay on time. 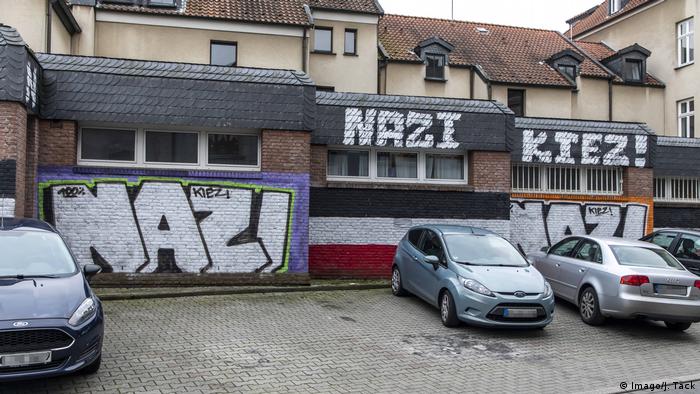 There are black-white-red flags dating back to German imperialism at the entrance to the street. Last September, police guarded graffiti artists as they sprayed over the well-known Nazi insignia that had adorned the facade of a row of garages down the street. Herbert Reul, the state interior minister of North Rhine-Westphalia, was present as the symbols were painted over, announcing that "neo-Nazis must not be given one millimeter of space."

But it is not all smooth sailing for police: Authorities suffered a setback when an administrative court stopped plans for video surveillance of Emscher Street,saying it was not a high-crime area. The court supported the complaint by four residents of the street who argued that the surveillance amounted to a serious infringement of their personal constitutional rights.

"It's not as bad as the media say," one middle-aged resident in an Adidas sweatshirt said. "The place has changed and you can walk around safely, as long as you don't have something like 'antifa' written on your back," he says, referring to leftwing activists. 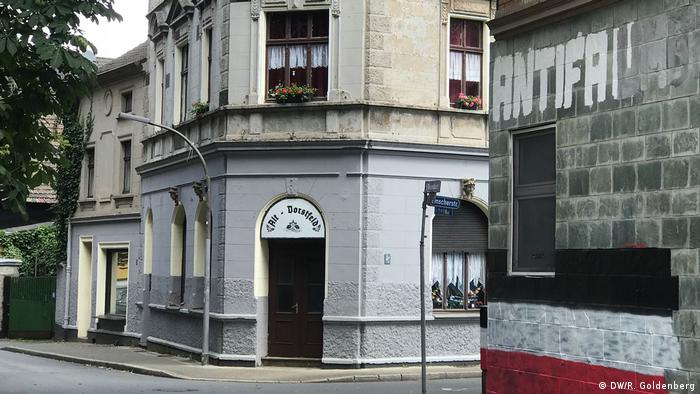 The new face of extremism

Across Germany, the far-right is not as recognizable as it used to be. Most neo-Nazis no longer shave their heads or dress in bomber jackets and big black boots, so they are harder to spot. They blend into the community; their leaders are eloquent and more careful not to break German laws.

This new way of blending in comes with a change in tactics. Police surveillance of public places may push activism into other areas and encourage dynamic tactics of internet-savvy agitators who take their hard-core xenophobia to the internet rather than the streets.

Police chief Lange has experienced the aggression first hand: "There have been threats against me personally. But right-wing extremism has been a problem in Dortmund for decades and people have been suffering, so I have made it my personal mission to fight it — and attacks against my person do nothing more than strengthen my resolve. But we also have to see that the success we've had here in Dortmund should not make us complacent, and we should not make the mistake to ignore that racism and anti-Semitism are a real danger in this country and we have to stay vigilant."

Activist Jutta Reiter believes the real challenge of the future is not pushing back right-wing extremists — it is the right-wing populists that are gaining ground, also in Dortmund. In the 2019 European Parliament elections, the far-right Alternative for Germany (AfD) garnered 9% of the vote. Now all eyes are on the city council elections in September to see whether Dortmund has successfully pushed back against the far-right.

"People here are susceptible to right-wing populism. They tend to oppose violence and reject the historical fascism of the Nazi era. But now we see new forms of racism and nationalism. That will be the challenge of the future to make people understand that that really is a path our society must not venture down."

Police imposed strict conditions on a march by a far-right party contesting the EU elections, amid concerns over anti-Semitism. Counterprotesters outnumbered participants in the extremist political group's rally. (25.05.2019)