Germany′s confusing rules on swastikas and Nazi symbols | Germany | News and in-depth reporting from Berlin and beyond | DW | 14.08.2018

Illegally displaying Nazi symbols in Germany can be punished by three years in jail. The ban broadly exempts art, but which works are allowed to show swastikas, SS sig runes and such is often more a matter of the medium. 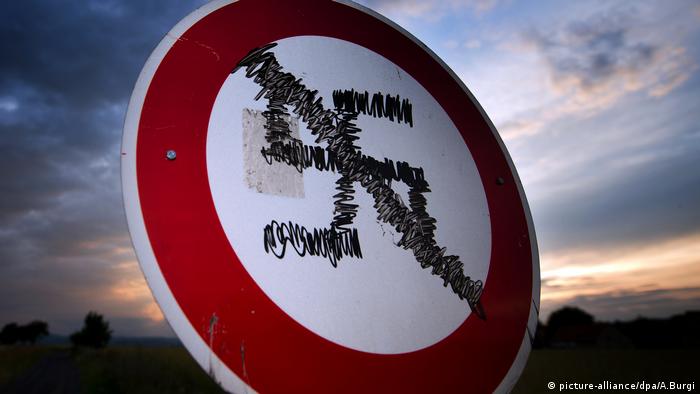 In the German version of the popular video game Wolfenstein II, swastikas have been replaced by triangular symbols and the fictional, mustacheless dictator Herr Heiler stands in for the English version's Adolf Hitler, angering many gamers. Until recently, the Entertainment Software Self-Regulation Body (USK) had not permitted Nazi symbols — including Hitler's face — anywhere in video games in Germany. Last week, the USK lifted its blanket ban, though symbols still must be approved.

Displaying Nazi emblems in Germany is, naturally, complicated, even without the USK's guidelines for age ratings and game content. "Most countries don't penalize the display of Nazi symbols," the lawyer Christian Solmecke told DW.

In Germany, the law considers swastikas and SS sig runes the "symbols of anti-constitutional organizations." Displaying them publicly or selling goods that sport them is illegal. The Nazi salute and statements such as "Heil Hitler" are also banned in public.

"There are similar bans — for example, in Austria — but those are a lot less tough," Solmecke said.

Swastikas and other banned symbols can, however, be displayed in Germany if they are used for "civic education, countering anti-constitutional activities, art and science, research and education, the coverage of historic and current events, or similar purposes," according to the Criminal Code.

That means that movies and TV shows — Quentin Tarantino's Inglourious Basterds and Amazon's The Man in the High Castle, among them — are usually allowed to be distributed in Germany even if they feature swastikas and other Nazi symbols. 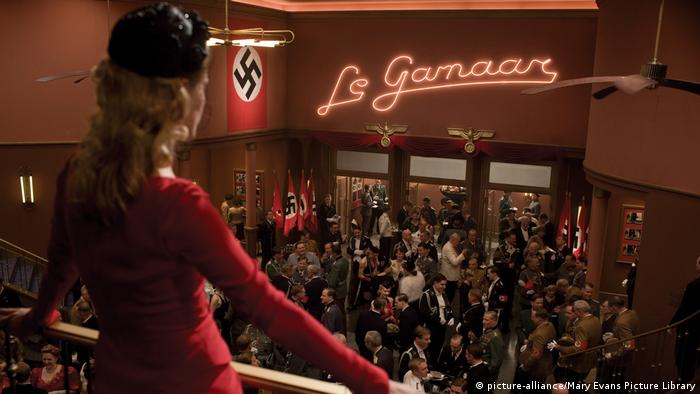 Inglourious Basterds was exempt from Germany's ban on displaying the swastika

What about social media?

Posting a picture with a swastika in it or Nazi slogans on social media is illegal in Germany. In March, a 45-year-old man was sentenced to three months in prison after he repeatedly posted pictures of a masked man with tattoos of a swastika and other Nazi symbols on Facebook.

Exceptions also apply to social media, however. When heute-show, a weekly satirical news program, posted a picture of a swastika-shaped Schnitzel on Facebook along with a joke about the Austrian election in April 2016, state prosecutors did not take up the case —  arguing that the swastika was used to illustrate a swing to the right in the Austrian election in an "exaggerated form" and that the post did not constitute an endorsement of an anti-constitutional organization. 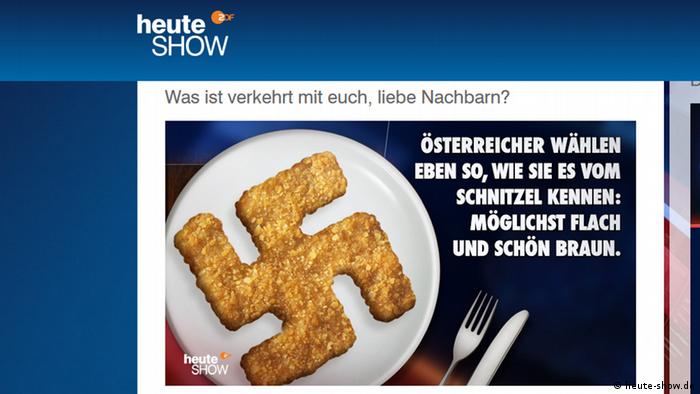 Is owning things with swastikas on them illegal?

Though displaying anti-constitutional symbols publicly is illegal, people in Germany are allowed to own goods branded with the swastika, SS sig runes and other anti-constitutional symbols as long as they make sure that only a limited number of people can see them. It's legal to have a cellar full of Nazi memorabilia; displaying a flag visible to passersby through a window is deemed legal by some experts and illegal by others.

Selling goods with Nazi symbols is generally banned, but there are exceptions for artifacts if the dealer covers up the anti-constitutional symbols when displaying them publicly. So, it's perfectly legal to sell an SS helmet at a flea market if the sig rune has been covered with tape. It is, however, only legal to deal with antiques that were produced up until 1945: Selling relica Nazi military uniforms, for example, is not.

Who decides whether swastikas can be displayed?

In cases of controversy, it is usually up to courts to rule on whether the use of a Nazi symbol has educational, scientific, journalistic or artistic merit. One of the most prominent court decisions regarding the use of the swastika is a 2007 decision from the Federal Court of Justice. The judges ruled that the use of crossed-out swastikas was legal, overturning a previous decision from a local court that had ordered an activist to pay 3,600 euros because he had sold anti-Nazi merchandise featuring the swastika online. There are a lot of gray areas when it comes to the ban on anti-constitutional symbols in Germany: Rulings by various judges and courts can often even seem contradictory. 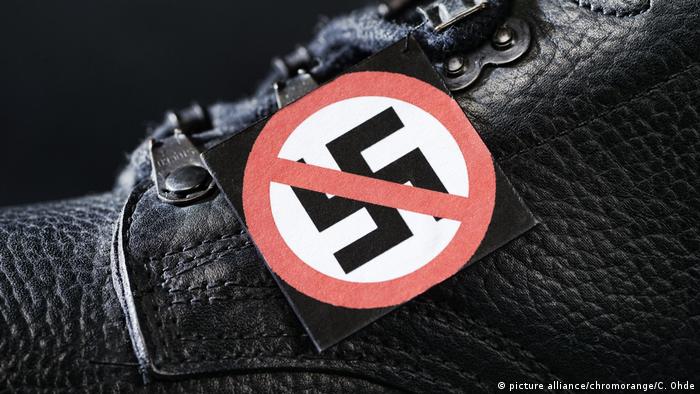 What's the punishment for displaying swastikas and the like illegally?

A fine or up to three years in prison under the Criminal Code. Demagoguery — the incitement of hatred against people of a certain race or religion — can even be punished with up to five years in jail in Germany. This also includes denying the Holocaust.

Are only Nazi symbols considered "anti-constitutional" in Germany?

No. To give just two examples: The logo of the banned communist party KPD and symbols associated with terrorist groups such as the Islamic State are also considered anti-constitutional and thus illegal.

Following protests by Hindu groups who say they've used the swastika as a religious symbol for millennia, Germany announced Monday that it has dropped plans to outlaw the sign throughout the European Union. (29.01.2007)