Germany's lower house of parliament has voted to resume collecting and retaining metadata about phone calls and Internet use. Berlin says the new legislation is a balanced compromise. 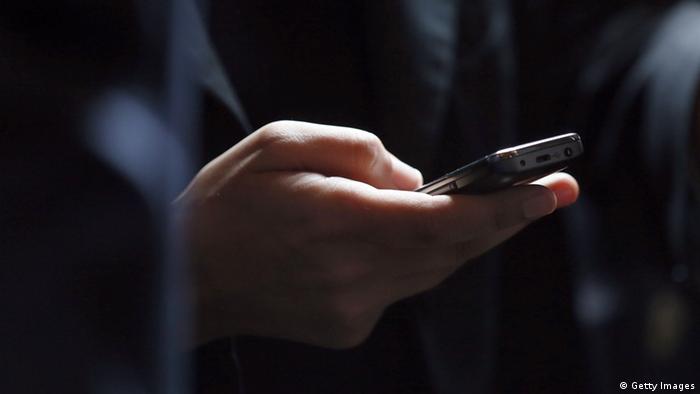 The German parliament on Friday agreed to reintroduce a revised law to collect and retain information about phone calls and Internet use.

While 404 lawmakers voted in favor of the legislation, 148 voted against.

Chancellor Angela Merkel has said a law allowing retention would be necessary to detect terrorists should Germany be attacked. The data would be stored by providers, and investigators would have to ask a judge for access to it.

Germany's Grand Coalition includes the main largest party groups, Merkel's conservatives and the center left Social Democrats (SPD) were broadly in favor of the proposal. The opposition, comprising the Left party and the Greens, have argued it would put millions of citizens under general surveillance.

Germany's Constitutional Court ruled against data retention in March 2010 after objections were filed by 35,000 people, and the storage of information was suspended. Before that, communications data had to be retained for six months in accordance with a European Union directive that the decision overruled.

Judges at the time ruled that it was unclear what the data could be used for and said it would "cause a diffusely threatening feeling of being under observation." They said that such retention would represent a grave intrusion into citizens' privacy.

The European Union's top court has since scrapped EU legislation allowing indiscriminate collection of communication data, finding that the rules were too broad.

Data protection campaigners and opposition parties claim that the new legislation would also be unconstitutional.

Early in the debate on Friday, German Left Party lawmaker Halina Wawzyniak told the Bundestag, Germany's lower house, that the bill would be "a disproportionate infringement of the law."

The government says sufficient changes have been made.

The Social Democrats (SPD), the junior partner in Merkel's ruling coalition, approved of the new draft legislation in June this year, in a vote that split opinion within the party. German Justice Minister Heiko Maas, himself of the SPD, claims the new law would be a balanced compromise and said on Friday that it would provide an additional tool against serious crime.

Under the old law, certain data would be retained for six months. The new legislation envisages that it would be stored for 10 weeks. It also limits the information that would be stored to phone numbers contacted, as well as the duration of calls and computer IP addresses.

However, according to a report by the German "Süddeutsche Zeitung" newspaper, the contents of SMS messages would also be stored by phone companies for possible investigation.

Germany is not the only country struggling with data retention. In the Netherlands, the national data retention law was also scrapped because it was found to violate fundamental privacy rights.