German lawmakers have passed a law against doping, providing for jail terms for offending athletes. This came as the IAAF was set to decide whether to take action against the Russian federation over doping allegations. 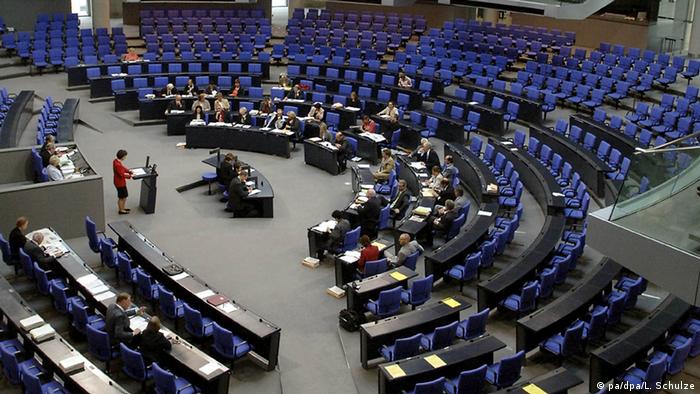 Chancellor Angela Merkel's grand coalition government used its large majority in the lower house, the Bundestag, to easily pass the law, which Justice Minister Heiko Maas described as "a declaration of war on cheaters."

Maas said the legislation, which was jointly drafted by the justice, interior and health ministries, would make German sports "cleaner, safer and more honest."

"This is a historic day in sports politics. Doping will become a case for the prosecutor's office," Maas said in a speech to the Bundestag. "In view of the current situation in Russia, the problem doesn't seem to be getting smaller, but seems to be growing," he said, referring to a damning report released by an independent commission appointed by the World Anti-Doping Agency (WADA) earlier this week.

Interior Minister Thomas de Maiziere, whose ministry is responsible for sports, said the law was meant "to deter and to help uncover criminal doping structures."

The German Olympic Sports Federation (DOSB) said it supported the legislation in principle, but also expressed concerns that it could undermine the efforts of sporting authorities to combat the problem. Speaking to SWR public radio, Maas rejected this, arguing that sports authorities alone had proven not to be a strong enough deterrent.

The bill still has to be passed by the Bundesrat, the upper house, before it can come into force; however, this is regarded as a formality.

Meanwhile, elected members of the International Association of Athletics Federations (IAAF) were to hold a conference call later on Friday to discuss whether to suspend the Russian federation over allegations of state-sponsored doping of its athletes. The allegations came from the report released by the independent WADA commission on Monday.