Lawmakers have approved plans for Germany to take on a direct role in the fight against the 'Islamic State' group in Syria. The move comes in answer to France's appeal for help after the deadly Paris attacks. 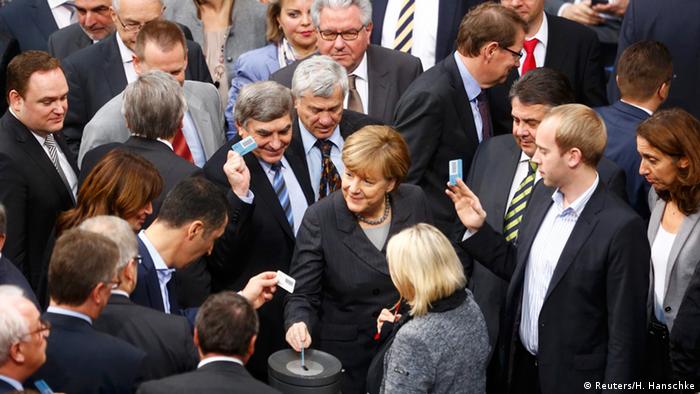 Chancellor Angela Merkel's coalition used its majority in the Bundestag on Friday to approve the deployment of up to 1,200 soldiers against the jihadist IS under UN and EU collective security laws. The mandate was endorsed by 445 parliamentarians, with 145 others voting against and seven abstaining.

Germany's opposition Left party rejected the mission, saying it was too hasty and ill thought through. The opposition Greens warned that reconnaissance data gathered could be misused by the nations involved. 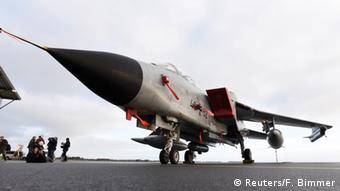 France's carrier the Charles de Gaulle is in the eastern Mediterranean and is to be visited by French President Francois Hollande on Friday.

The German mandate drafted by parliament's foreign affairs committee seeks "to prevent acts of terror" and would stay in effect until December 31, 2016.

It was not clear whether all 1,200 German military service personnel, including technicians, would be deployed or only a portion, leaving some on stand-by.

Since September 2014, the US has led a coalition of 64 western and Arab nations in airstrikes against IS sites across northern Syria and western Iraq.

Ahead of Friday's vote, German Justice Minister Heiko Maas had told Berlin's "Tagesspiegel" newspaper that he had no doubts about the validity of the deployment under collective security frameworks.

"The German public can be certain: The Syria operation transgresses neither against international law nor against Germany's Basic Law (constitution)," Maas said. 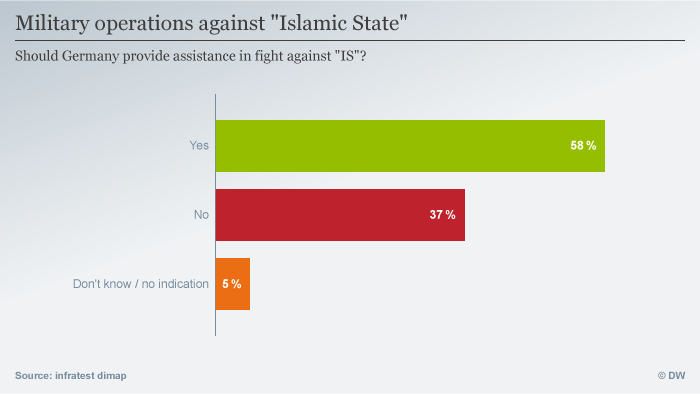 "There are three resolutions of the UN Security Council against IS, which cover the submitted [draft] mandate. In addition, France can quite rightly cite the support obligations of its EU partners," he added.

During Friday's debate, the chairman of parliament's foreign affairs committee, Norbert Röttgen of Merkel's conservatives, told parliament that the intended mission was "legal and legitimate," saying it had been "forced" on Germany by the terror attacks in Paris on November 13, for which the IS claimed responsibility. The attacks left 130 people dead and hundreds wounded.

Merkel's cabinet had endorsed the draft mandate on Tuesday.

Left parliamentary group leader Dietmar Bartsch told public ARD television that there were many other steps that should be taken, including international restrictions on IS oil sales.

Kiesewetter said parliament would later focus on longer-term aspects of Syria's civil war, which since 2011 has claimed 250,000 lives and displaced millions.

Thomas Oppermann, who leads the Social Democrat parliament group, which since 2013 has been part of Merkel's coalition, told public ZDF television that there was widespread support within Germany for the mission.

"The German [public) has a good intuitive sense that the 'Islamic State' not only threatens France, but instead the freedom of the whole world and ultimately us as Germans," Oppermann said.

Airstrikes against IS were intended to halt its proliferation, he added. 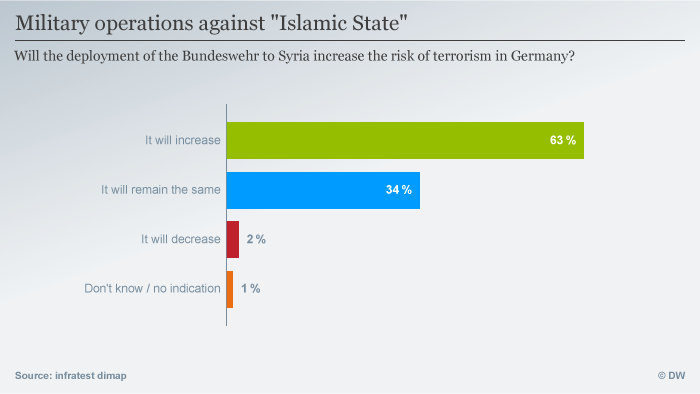 On Thursday, UN chief Ban Ki-moon said a third round of international talks aimed at ending the war was likely to be held New York on December 18.

Vienna has already been the venue for two rounds of talks involving diplomats from 17 countries, trying to formulate a "roadmap" for Syria. 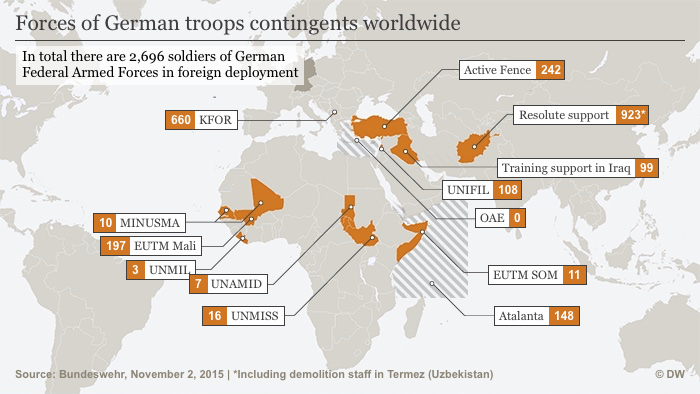