Germany should prepare for a long, difficult and dangerous fight against IS in Syria, the defense minister has said. Lawmakers have expressed concerns about the deployment but are likely to approve the mission. 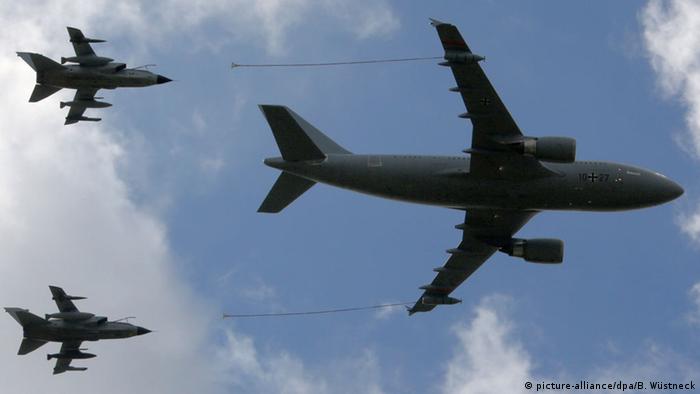 The German Bundestag debated on Wednesday whether it will approve the cabinet's plans to take part in military intervention in Syria to combat the "Islamic State." The basic tenets of the deployment call for 1,200 soldiers, six Tornado reconnaissance jets, refueling aircraft and a frigate to join the international coalition fighting "IS."

The vote in the Bundestag is set for Friday, with approval seen as likely, as Chancellor Angela Merkel's "grand coalition" government enjoys a wide majority in the German parliament's lower house.

However, some key questions came up during Wednesday's parliamentary debate.

'Galloping' toward a vote

One concerned the quick turnaround on the vote to deploy the military, which is seen as a sign of solidarity with France following the November 13 terror attacks in Paris. Merkel met with French President Francois Hollande last week and pledged Germany's help. The cabinet's commitment came Tuesday, and now the vote is scheduled for Friday.

Cem Özdemir, leader of the opposition Greens party, said in an interview with the daily "Mitteldeutsche Zeitung" that the government was "pursuing [the vote] at a gallop … for the sole purpose of getting it off the agenda" before the governing Christian Democratic Union (CDU) and Social Democratic Party (SPD) hold their party conventions.

Özdemir said he would abstain from the vote, and the majority of parliamentarians in his party indicated they would vote against it during an internal test run on Tuesday, according to the paper.

During the debate, the opposition went even further - with Dietmar Bartsch of the Left party and Green party co-chair Katrin Göring-Eckhardt suggesting that the mission would not only be unnecessary, but counterproductive.

"Every bomb that falls on Raqqa only helps IS recruit new members," said Bartsch, while Göring-Eckhardt derided the "thoughtless, planless" push to correct the "failure of the state" to address the crisis earlier.

Another concern was how long Germany's military commitment would last. Like any deployment of Germany's Bundeswehr armed forces, the mandate must be extended by the Bundestag each year, but there are concerns that Germany's involvement in Syria could drag on. 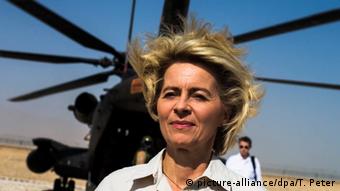 The head of Germany's armed forces union, Andre Wüstner of the Bundeswehrverband, told public broadcaster ARD on Tuesday that fighting could last "far more than 10 years" and said politicians should come up with a "clearly defined mission" for the military.

German Defense Minister Ursula von der Leyen said on public broadcaster ARD's morning program on Wednesday that "it will be a long deployment, and it will be a difficult and dangerous deployment," but the exact length would be determined by how quickly political negotiations at restoring peace in Syria would produce results.

Von der Leyen also addressed concerns regarding the recipients of collected data that would be gathered by Germany's Tornado reconnaissance jets, with Russia being the principal worry.

"We have very clear rules on how the data can be collected and shared," she said, adding that Germany would only share information from the reconnaissance flights with "a small circle of countries that are actively operating in Syria … countries we know well." She listed Belgium, France, Italy, and Denmark as examples, and explicitly said Russia would not be included. 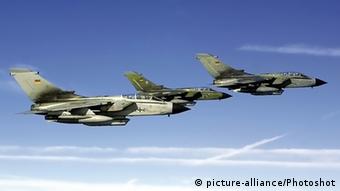 Not all of Germany's Tornado jets are combat-ready

Von der Leyen did not dispute media reports that around half of Germany's Tornado jets were currently not combat-ready, but did add that of the 30 jets that are combat-ready, the Syria mission only called for the Bundeswehr to contribute six jets.

Yet during the Bundestag debate, the defense minister was steadfast in her support of the plan, scoffing at opposition allegations that the country's refugee crisis was being fueled by the anti-IS bombing campaign.

"I cannot have heard you right," said von der Leyen, "the refugees are fleeing from IS, not from those fighting against them." She also reiterated that the mission was for information gathering, not for launching airstrikes.

Foreign Minister Frank-Walter Steinmeier echoed von der Leyen's support, saying that while only a diplomatic solution could bring about an end to the conflict, a military response was necessary in order to prevent the country from collapsing completely.

"A year from now could be too late," Steinmeier said.

If approved, the Syria mission would become the Bundeswehr's largest. At the moment, the biggest foreign deployment of German armed forces is in Afghanistan, where fewer than 1,000 troops are assisting Afghan security forces. Germany previously fielded some 5,000 soldiers in the country during a combat mission.

This week's proposed mandate would also cover a deployment of up to 650 soldiers to the West African nation Mali to provide assistance to French forces fighting Islamist militants.