Germany's Cabinet has approved a mandate offering military assistance in the fight against the self-declared 'Islamic State' (IS) in Syria. The package still requires parliamentary approval. 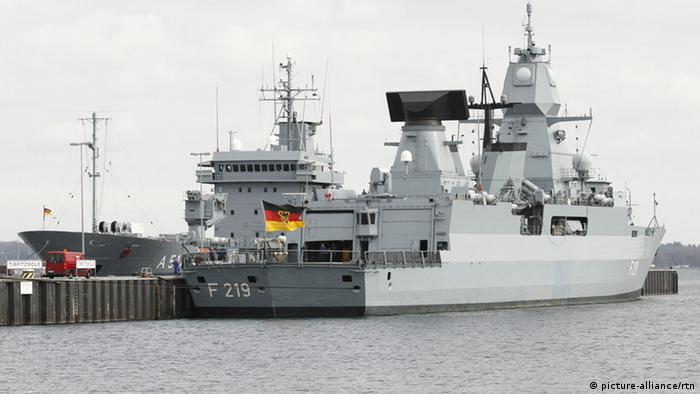 A military package covering reconnaissance flights, a naval frigate and up to 1,200 German troops joining the coalition against IS is now awaiting support from Germany's lower house of parliament on December 2.

Berlin's decision to join the coalition came following a request from France after the deadly Paris attacks on November 13, which killed 130 people. IS claimed responsibility for the attacks.

According to German Defense Minister Ursula von der Leyen and Foreign Minister Frank-Walter Steinmeier, the suggested mandate would initially be intended to last for 12 months until December 2016, as is common practice with German involvement in foreign conflicts. However, Steinmeier told Germany's daily newspaper "Bild" that he expected a lengthy involvement of German forces in the region.

"We're going to have to take a long breath before we beat an enemy like IS," he told "Bild," adding that bombs alone would not suffice to end the conflict. While Steinmeier said that a political process was also required to bring about lasting peace in Syria, von der Leyen emphasized that there would be no cooperation with Syrian leader Bashar al-Assad to that end.

"There is no future (in Syria) with Assad, nor will there be any level of cooperation with troops who are under Assad's command," she said.

If approved, as expected, the mission would constitute Germany's biggest military involvement at the moment.

German government defends decision to join fight against 'IS'