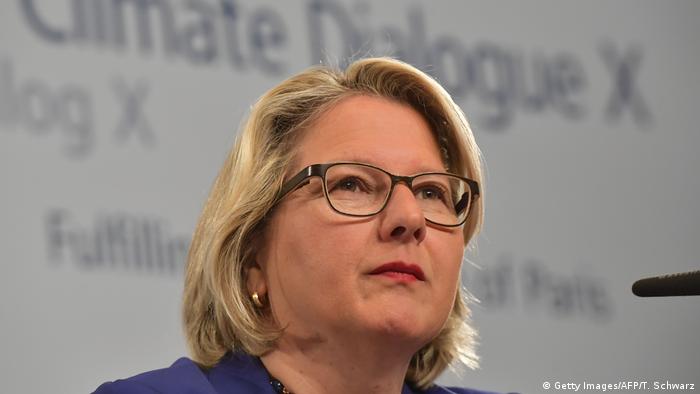 "I think it would make a lot of sense to stand by France's side," the Social Democrat (SPD) minister said in a speech at a meeting of the Petersberg Climate Dialogue in Berlin.

Merkel, a member of the conservative CDU/CSU alliance, refused to commit to Macron's call to make the bloc carbon-neutral by 2050 during a meeting of EU leaders on Friday.

"Global emissions are still on the rise and every effort must be made to reverse this trend," Schulze said.

More than 30 environment ministers from around the world are attending the Petersberg meeting to discuss how to implement the 2015 Paris climate agreement and preparations for a United Nations climate conference in Chile in December.

The minister also said Germany needed to tax carbon emissions in a way that normal citizens would accept. She praised a Swiss-style system whereby the government gives payouts from the tax revenue it receives.

The chancellor is expected to give a speech to the Petersberg meeting on Tuesday. Merkel and her senior ministers, including Schulze, are scheduled to discuss a climate protection bill at the end of May.