Leaders of 27 EU member states are meeting in the Romanian city of Sibiu to discuss the bloc's future course after Britain's departure. They have announced a special summit at the end of May to assess the elections. 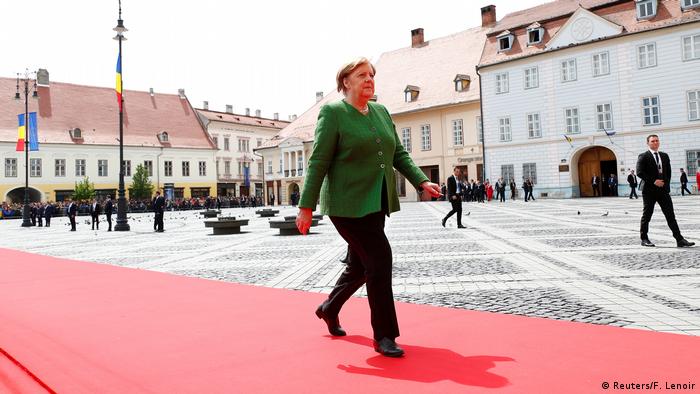 European leaders stressed the continued solidarity of the European Union at a summit in Romania as the bloc faces a range of challenges threatening to divide it.

The summit in Sibiu comes some two weeks before European parliamentary elections that have been overshadowed by concerns over Britain's fraught efforts to leave the bloc and the resurgence of nationalist forces across the continent.

At their meeting on Thursday, the leaders agreed to hold a meeting on May 28 to assess the European election outcome, and start the process of choosing a new head of the Commission.

The agenda of the summit includes:

Ahead of the summit, German Chancellor Angela Merkel said the summit would stress the importance of cooperation.

"We will ... agree a declaration which will make clear that, regardless of our political differences, we all believe ... that acting together is better." She also called on the EU to be innovative, strong and unified.

French President Emmanuel Macron, in his turn, called for a "European renaissance." He picked out three key issues for discussion at the summit: agreement on climate protection, border protection measures and building "a new social and economic model of growth" that included investment in artificial intelligence and digital technology.

Macron also warned against a return to nationalism. 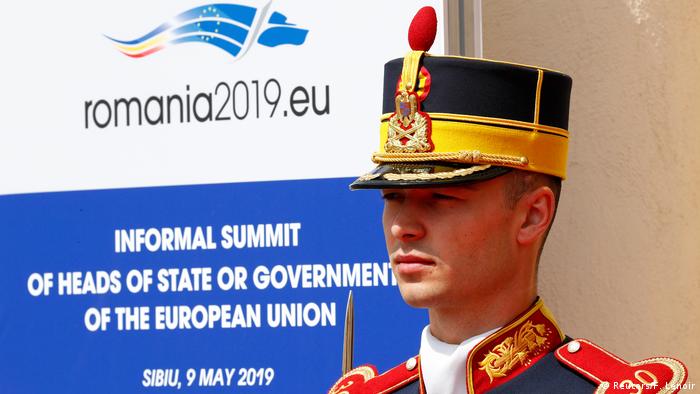 'Big on the big things'

"Big on the big things, small on the small things," he added.

Greek Prime Minister Alexis Tsipras emphasized the need for a European Commission president who supported "the fundamental ideas of the European Union, which are solidarity, democracy, social cohesion."

"We need a president who will be against neo-liberalism, against austerity and, of course, against this xenophobic approach of some of the extreme right," Tsipras said, saying he would not support German politician Manfred Weber, one of the possible contenders for the position as the candidate of the center-right European People's Party (EPP)

Brussels officials said the discussions would not include the topic of Brexit, which has dogged EU meetings for several years.

"If they stay, they stay. If they go, they go," said European Commission President Jean-Claude Juncker in reference to Britain's tortuous efforts to organize its departure.

British Prime Minister Teresa May is not scheduled to attend the summit.

List of challenges: The future of the EU will go "well beyond Brexit," Juncker impressed. And the bloc is indeed facing several key challenges. Industrial policy in the face of Chinese growth and US tariffs, a reform to asylum laws, meeting climate goals and the future of the euro are all issues where the (currently) 28-member union must find common ground.