Worried by the United States leaving the Paris Agreement, countries are passing climate laws that will oblige future governments to act. 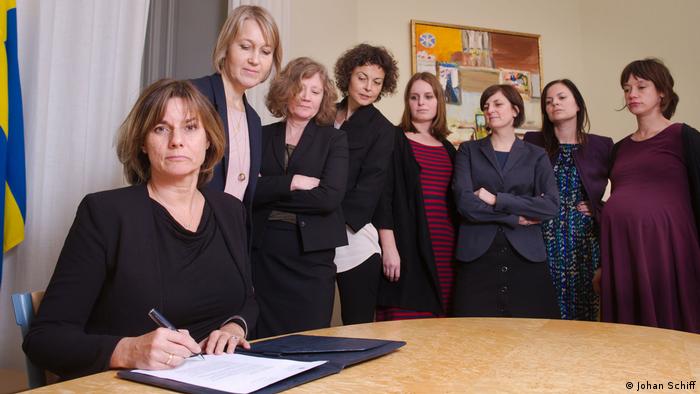 This week, Sweden became the first country to significantly boost its climate change ambition since Donald Trump's announcement that the US is pulling out of the Paris climate accord.

The Swedish parliament voted 254 to 41 to adopt the Climate Act, which commits the government to becoming a net-zero carbon emitter by 2045. It was supported by all parties except the far-right Sweden Democrats - the only Swedish party that does not believe in man-made climate change.

The law will establish an independent Climate Policy Council and require each new incoming government to draw up a national climate action plan showing how the country is going to reach the goal. Governments will also have to incorporate climate accounting into their yearly budgets.

The aim is to force future governments over the next 40 years to have an emissions-reduction program in place, to avoid the kind of whiplash policy changes between governments recently seen in the United States.

Swedish climate minister Isabella Lövin says though it would be possible for future governments not to follow the provisions of the act, the framework would make it politically difficult to do so.

"You can compare it to our budgetary framework that we've had in the Swedish parliament for many years now," Lövin told DW. "All parties have committed not to exceed budgetary limits, so that we don't put the country into debt. Of course it's possible to break the framework, but there would immediately be very intense criticism." 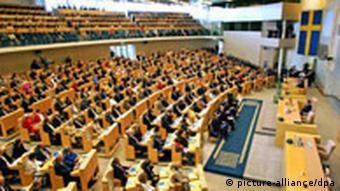 Lövin, a member of the Swedish Green Party which is in a governing coalition with the Social Democrats, says the law will increase pressure for governments to be transparent on their climate policies.

The goal is stated in net emissions because it may not be possible for Sweden to completely end 100 percent of its national carbon emissions. The remainder would be offset by emissions-saving projects abroad. Lövin says she expects 85 percent of national emissions to be phased out, with 15 percent coming from abroad.

Sweden already has very low emissions for a developed economy, drawing much of its power from hydro dams and nuclear. The emissions-reduction measures will be largely focused on transport, with this year's budget expected to pledge a 70-percent cut in emissions from transport by 2030, compared to 2010 levels.

The law was first submitted to the Swedish parliament in February. Lövin drew headlines for staging a referral signing photo (above) with all women, shortly after Trump was photographed signing an abortion restriction law in a men-only group.

The timing of the climate law's passage is also being seen as a rebuke to the US president.

"[Trump's decision] has increased the resolve of countries to act, and potentially act faster," says Stefan Henningsson, senior climate advisor at WWF Sweden. "Most people here are angry about the US decision. The feeling here is that the US is taking a temporary wrong turn during this administration." 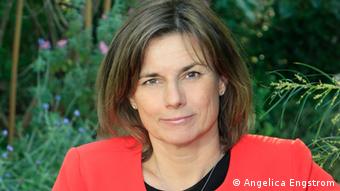 Earlier this year Norway also passed a long-term climate act, and Denmark has legislative provisions that are similar. The first country to put a climate act into place was the UK in 2008. It also established an independent climate council, though the UK's targets were far less ambitious than those Sweden put into law this week.

Lövin says she expects more climate acts across Europe. "I think the reaction to the US withdrawal from the Paris Agreement has been rather overwhelming," she says.

"We've gotten a lot of positive reaction to the climate law, and I hope other countries will follow. Sweden should be a role model, because we are a rich country, and because we have maybe the best conditions in the world to do it."

She adds that the way the law was crafted, with a cross-party consultation involving everyone except the far right, should serve as an example to other countries. Though each government will have to meet the targets, they will be free to choose their own tools to get there.

"The targets we all agree on, every country in the world except the US, Nicaragua and Syria will have targets under the Paris Agreement," she says. "So everyone knows what the targets should be, and then we can have a difference of opinion on exactly how these emissions will be reduced."

Sweden, UK and Germany rank most active on climate

Sweden, the UK and Germany are doing the most to tackle global warming, according to this year's Climate Performance Index. Brazil has lost top honors and no nation is doing enough to avoid 'dangerous' warming. (06.12.2011)