German intelligence ′finds no evidence of Putin disinformation campaign′ | Germany | News and in-depth reporting from Berlin and beyond | DW | 07.02.2017

Germany's secret services have found little evidence that the Kremlin is directly trying to manipulate the country's public opinion. But the leaked government report suggests that indirect methods may be at work. 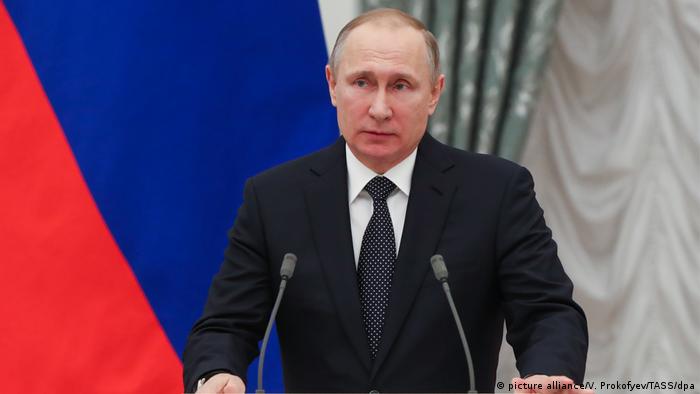 Russian President Vladimir Putin is not deliberately trying to undermine Chancellor Angela Merkel ahead of her impending re-election campaign - or at least, if he is, he is hiding his tracks well. That's the inconclusive conclusion that Germany's foreign and domestic intelligence agencies came to last fall, following several months of investigation which was delivered to Merkel's chief-of-staff Peter Altmaier in the form of a 50-page report.

Altmaier chose not to make the report public, but it was leaked to the "Süddeutsche Zeitung" newspaper this week. According to the paper, the BND (Germany's equivalent of the CIA) and its domestic counterpart, the Verfassungsschutz (BfV), was charting a "middle way" between two conclusions - firstly, that the Russian government is not directly spreading misinformation in Germany, and, secondly, that it is, but it couldn't be proven.

"An open/direct control or financing through Russian state authorities or Russian intelligence agencies could not be proven in any cases," the report said. Nevertheless, such activities "could be carried out by people and organizations outside the services."

Though these various external protagonists "were not playing a prominent role in endangering Germany's security interests," "further investigative efforts" were still necessary, the intelligence agents added. Threads to the Kremlin

Despite not being able to find any direct evidence, the German spies seemed convinced that the Russian government is coordinating a campaign to "sow disunity in the EU and Germany, and so to weaken their position of power" from the highest levels of the Russian government: "The bundling of all the influencing activities in the presidential administration does represent a significant success factor."

The report listed three well-publicized examples of how Russian actors may have spread misinformation in Germany - or at least about Germany. The first was the case of "Lisa," a 13-year-old Russian-German living in Berlin, who told police in January 2016 that she had been raped by people of "Mediterranean appearance."

Though she later admitted to having made the story up, the case made international headlines and sparked protests outside Merkel's office by both far-right groups and the Russian community in Berlin. The situation escalated when Russian state media and the Foreign Minister Sergey Lavrov accused the German police of covering up the crime. "The news that she disappeared was kept secret for a very long time," Lavrov told a press conference.

The newly-leaked German intelligence report also noted a Russian-language WhatsApp message that was widely distributed among Russian-speaking Germans last winter, which read, "Muslims organizing a sex-jihad in Europe on February 14." This was part of a conspiracy theory alleging that a Muslim hate preacher had called on his followers to mass-rape German women on that date.

Since the message was deemed "amateurish," the German intelligence agencies concluded there was no involvement from Russian secret services. Meanwhile in other cases, the German chancellery decided that the agency's conclusions were too speculative - one of the reasons it was not made public.

Mark Galeotti, Russian security specialist at the European Council on Foreign Relations, said this lack of clarity was nothing new. "There's no question that Russia is supporting and sponsoring a campaign to use disinformation to try and have a political impact," he told DW. "The issue isn't: 'Is there a fake news campaign?' Yes, of course there is. The issue is: 'Is all fake news Russian?' The answer is clearly not." 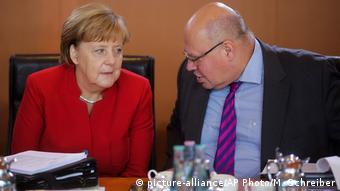 Altmaier said much of the evidence was inconclusive

"There is evidence of the Kremlin's involvement, but there isn't evidence of how effective it is," Galeotti said. "The Kremlin puts a lot of money into its soft power arms like [state news outlet] RT and we know that the Kremlin lies to a considerable degree for political effect. We also know there are attempts to carry out more covert and subversive acts - secret funding for political groups, that kind of thing."

Russia's alleged hack on the Democratic National Convention in the US last year unsettled many in Germany who wonder whether the Kremlin may be planning a similar attempt to sabotage the Bundestag election in September - even if the hack's ultimate effect on the US vote, balanced against other factors, is impossible to quantify.

Not only that, is toppling Merkel actually Moscow's conscious policy? "Well maybe - but there's a certain degree of stability in having Merkel as chancellor, and you never know quite what an alternative government would mean," pointed out Galeotti. "It's not like the Russians want to conquer Europe - I don't believe that for a minute - but what they do want to do is ensure that Europe is too divided to prevent Russia from imposing its will on Ukraine, and Belarus, and Georgia."

Furthermore, just because Russia has state news outlets doesn't mean they are constantly being controlled by the state. "I know people who work in the RT newsroom," said Galeotti. "Occasionally, yes, there is the phone call that says, 'this is the line' when something big happens. But usually when there's a story, there are bunch of people who know roughly what the Kremlin wants, and they say, 'can we use this, can we spin this?' It's almost entrepreneurial disinformation. It's opportunistic."