German Holocaust Denial Case Proceeds as EU Moves on a Ban | Europe | News and current affairs from around the continent | DW | 26.01.2007

As one of the most famous Holocaust deniers goes on trial in Germany, the EU takes steps to criminalize denying the Shoah. 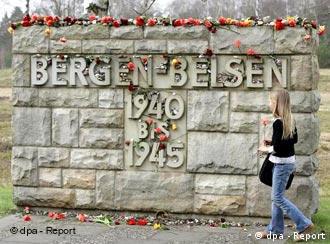 German prosecutors in Mannheim demanded a five-year jail sentence Friday for one of the most high-profile figures in the Holocaust denial movement, Ernst Zündel, in closing arguments at his trial.

German authorities say Zündel operated a website from Canada on which he expressed anti-Semitic and neo-Nazi views and presented "revisionist" history. He left Germany for Canada at the age of 19 but was deported in March 2005 on a German arrest warrant.

Denying the Holocaust is a crime in Germany and if convicted, Zündel faces up to five years in jail.

The trial began almost a year ago but has run into several legal hurdles. It follows a high-profile case in which controversial British historian David Irving spent 13 months in jail in Austria for questioning the Holocaust before being released last month.

Germany, which holds the rotating European Union presidency until July, announced plans this month to promote making Holocaust denial punishable by law in every member state of the bloc.

Already, the European Commission on Friday threw its weight behind a German proposal to push through new rules which would make denying the Holocaust a crime in the European Union.

EU Justice Commissioner Franco Frattini said he "very much welcomes and fully supports" the plan drawn up by Germany, which currently runs the agenda-setting presidency of the 27-member bloc. 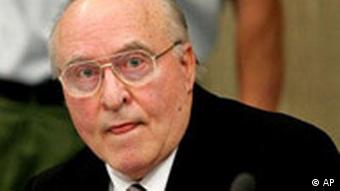 Zuendel could get five years if convicted

The commissioner made his comments ahead of the International Day of Commemoration of the victims of the Holocaust on January 27.

"The commission firmly condemns and rejects all manifestations of anti-Semitism, racism and xenophobia," Frattini said in a statement.

While freedom of expression is part of Europe's values and traditions, its democratic societies also allowed to fight racist speech through penal law, the commissioner added.

However, Frattini said earlier this month that it should be up to national governments to decide on the length of jail sentences for people inciting racism and xenophobia.

Germany has said that it wants the bloc's member states to adopt the proposed legislation as soon as possible.

The German proposal also seeks to criminalize racist declarations that are an incitement to violence against a specific person or group. The aim of the plan is to harmonize national legal systems in their approach to combating racism and xenophobia.

But while being unanimous in their condemnation of those who deny the Holocaust, EU leaders are split over whether to criminalize such acts.

Germany views a common EU law as a moral obligation but countries like Britain, Italy and Denmark have resisted common rules as a violation of civil liberties. Still, Italy voted to ban it Thursday. 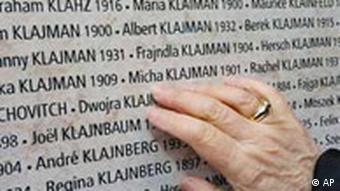 Two years ago, Luxembourg tried to use its EU presidency to push through legislation to unify legal standards for Holocaust denial, but was blocked by Italy on the grounds that the proposed rules breached freedom of speech.

The Luxembourg blueprint, which Germany is studying with a view toward copying it, says that racist declarations or Holocaust denial will not be prosecuted if they are expressed in a way that does not incite hatred against an individual or group of people.

Laws against denying the Holocaust already exist in Austria, Belgium, France, Germany and Spain. The UN General Assembly is also expected to vote on a resolution condemning such speech soon.

Should the EU Make Holocaust Denial a Crime?

German politicians recently said they want to make Holocaust denial a crime across the EU during their country's six-month term as head of the bloc. The issue stirred many DW-WORLD.DE readers to share their thoughts. (22.01.2007)

Convicted British Holocaust denier David Irving arrived in Britain after Austria expelled him and banned him from ever returning. (22.12.2006)