Angela Merkel's government has decided it's hands off when it comes to sending the Catalan independence leader back to Spain. Catalonia's ex-president is wanted for rebellion and embezzlement, but the case is not clear. 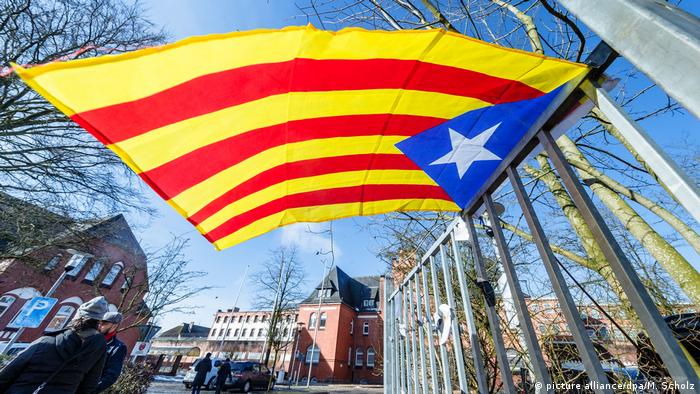 The German government will not step in and veto a possible court decision to extradite former Catalan regional President Carles Puigdemont to Spain, the German magazine Der Spiegel reported on Friday.

The Chief Prosecutors Office of Schleswig-Holstein is expected to make the extradition decision the week after Easter.

The German government would consider any interference into the office's decision a legal "affront" by the federal government against the judicial competencies of the German states. The ability to deny or approve extradition requests lies with the regional justice system in each of Germany's 16 federal states. 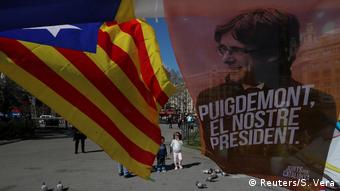 Posters reading "Puigdemont, our president" and a Catalan flag fly in Barcelona in protest of his imprisonment

The exiled Catalan leader's lawyer had previously called upon the German government use powers legally granted to it and veto any extradition requested and prevent that "Spanish conflicts of interest be carried out on German soil."

Puigdemont led the October 2017 push for Catalonia's independence from Spain and went into exile in Belgium shortly after. He has been in custody in the northern German region since Sunday, when he was detained by German authorities after entering the country via car from Denmark.

A Spanish judge had reissued a European arrest warrant for the runaway politician the previous day. He is wanted for rebellion and embezzlement. 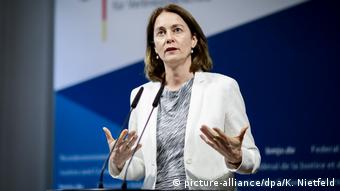 The number of telephone participants remained small to avoid any political interference, the magazine reported.

The responsible regional authorities reportedly have also been in contact with the Justice Ministry in Berlin.

Extradition for embezzlement, rebellion, or both?

The public prosecutor's decision rests on the extent to which the charges as laid out under the Spanish Penal Code coincide with crimes publishable under German law. While embezzlement is straightforward, the contested point remains whether the crime of rebellion as defined by Spain is comparable with that of high treason in Germany.

Both country's definitions involve an element of violence, and while the arrest warrant cites violence against Spanish police ahead of the contested referendum, Puigdemont's role in these events, as well as how they fit into each respective legal framework, remain unclear. 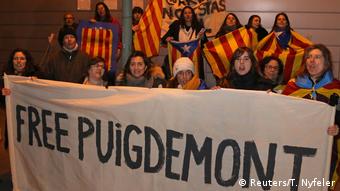 Puigdemont's detention in Germany has become a flashpoint for the Catalan independence leader's supporters, with many taking to the streets of the wealthy northeast region of Spain to protest his arrest.

The arrest has also caused various politicians and legal voices to weigh in on the affair.

Wolfgang Schäuble, the president of the Bundestag and ex-finance minister, expressed his confidence in the German justice system during an interview with Funke Media Group. He rejected any political interference into the extradition decision.

The former chairman of the German Constitutional Court, Thomas Fischer, said he does not think that Puigdemont's actions fulfill the criteria of high treason. He told Der Spiegel, "It is not likely that Mr. Puigdemont had the intention of destabilizing Spain through the use of violence."

While Puigdemont's fate remains in the air, his Easter meals in prison have been fixed: Ragout, rice pudding and fish with potatoes and mustard were all on the menu, German news agency dpa reported.