Hardly anyone knew who Helge Braun was before now. From now on, though, as minister of the chancellery, he will coordinate all the work of governance. Peter Altmaier's successor is more of a man behind the scenes. 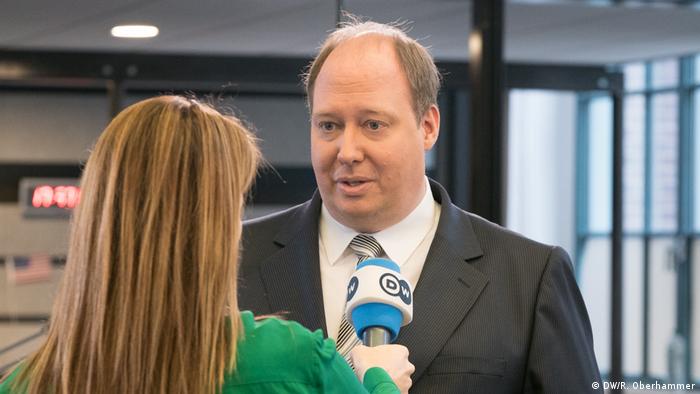 Helge who? This was the question on many people's lips when he was appointed to the post. The 45-year-old CDU politician has been part of the government machinery for years, but until now he's remained in the background. In Merkel's second cabinet he was a parliamentary undersecretary in the Federal Ministry of Education and Research. Merkel then drew him into her inner circle back in 2013, when she brought him to the Chancellery as a Minister of State to the Federal Chancellor in her third cabinet. Braun was primarily in charge of overseeing relationships between the federal and the individual state governments. The refugee crisis also fell within his sphere of responsibility, and with his handling of this, in particular, Braun seems to have proven himself in Merkel's eyes. 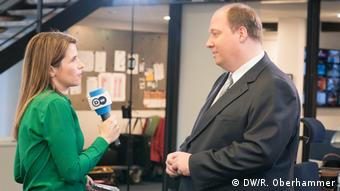 Angela Merkel's new chief of staff in the studio

He also knows, though, how controversial Merkel's policies were, and continue to be. "I think many people who voted for the AfD [Alternative for Germany] in the general election were unhappy with the policy on refugees,” Helge Braun admitted in an interview with DW. In this regard, though, he said that the government wants to "solve problems, and win back these AfD voters in so doing.”

Helge Braun had an indirect path into the Berlin political world. He joined the youth wing of the Christian Democratic Union (CDU) in his home state of Hesse at the age of 17 and was involved in politics at local level. Then, though, he went on to study medicine and became an anesthetist. He sees parallels between the two worlds: "Regardless of the situation, if someone gets nervous very quickly – this applies to both political challenges and to a situation in the operating theater – they end up not making good decisions.” He evidently considers himself as a calm person, and others have confirmed this. With his background, he could perhaps also have become minister for health or research. But what particularly attracted him to his new task is the fact that he has to deal with pretty much every issue of governance. "That's why my new position as head of the Office of the Chancellery is my chosen task,” he told the local newspaper in his hometown of Giessen. 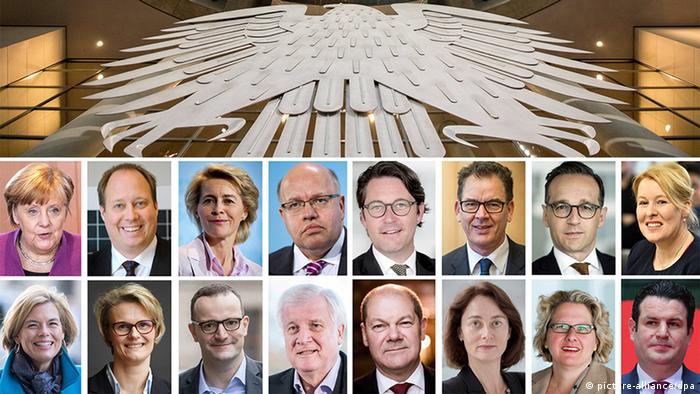 Out of the background and into the spotlight

His quiet work in the background is over, once and for all. The Minister of the Chancellery is in a particularly exposed position: He coordinates the entire work of government, is in constant communication with other ministers, the Bundestag, and the individual states, and he heads up a department with around 600 employees. As minister of the Chancellery, what Helge Braun particularly needs is, therefore, the ability to mediate, to find compromises, resolve conflicts. He seems to have plenty of these qualities. He is described as friendly, matter-of-fact and pragmatic – not the kind of man to parade himself in the limelight. In this, Helge Braun seems to be very like his boss.

Apparently, Braun made a particularly positive impression on the Chancellor during the coalition negotiations. Together with Dorothee Bär from the CSU, he headed up the working group for digital strategy. Digitalization will remain one of his focus areas. "We have to lay fiber-optic cables all over the country. We plan to spend between ten and twelve billion euros on this in this legislative period, more than ever before,” Braun told DW.

At 45, Helge Braun brings down the average age of the cabinet, which now stands at just over 51. He's also part of the reason why this CDU ministerial team is considerably more Catholic than the last. Braun's predecessor, Peter Altmaier, was the only Catholic on a team of Protestants. Now it's Angela Merkel, the daughter of an evangelical priest, together with Ursula von der Leyen who are the only Protestants among their Roman Catholic CDU cabinet colleagues.