Getting voters to take part in Germany's upcoming Bundestag election is a challenge in places like Duisburg-Hochfeld. Many residents there struggle day to day and have given up on politics.

German election: When the poor no longer vote

Left Party candidate Mirza Edis has lost count of how many kilometers he has walked through his district this election campaign. He walks the streets of his constituency in Duisburg, a city in North-Rhine Westphalia's Ruhr valley, the "rust belt" of Germany.

Edis, 49, is a member of the Duisburg city council, but now he wants to get into the federal parliament, the Bundestag. Casually dressed in jeans, a T-shirt and sneakers, he chats with nearly everyone who passes by. He wants to know what's on people's minds. Sometimes he speaks in German, sometimes in Turkish — the electoral district has many Turkish immigrants who also have German passports.

Duisburg-Hochfeld is a difficult district to represent. About 20,000 people from 136 different countries live in the former steelworkers' quarter. During the most recent local elections, which were held in 2020, only 22% of eligible voters in Hochfeld cast their ballots. 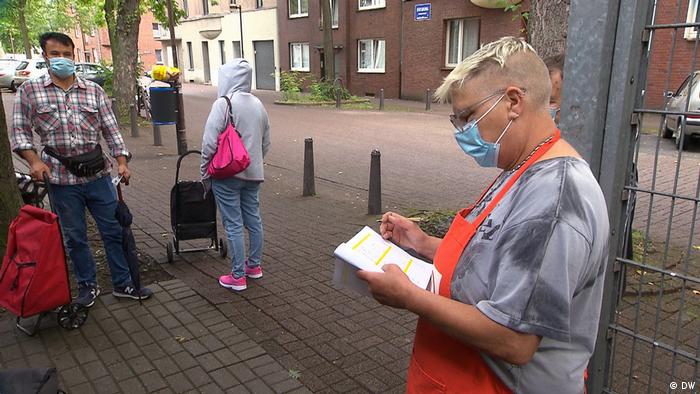 Most people in the disadvantaged neighborhood are dependent on state aid. Many say they are disappointed by politicians.

Mirza Edis has also experienced the decline of his district. His parents moved to Duisburg-Hochfeld from Turkey in 1975. "It is a district that has been very much neglected for the past 30 years. We used to have a swimming pool here. We had youth centers. Everything has been closed down."

Edis got involved in a trade union at an early age. He wants the people here to take charge of their own lives — that's also to say, exert political influence. But most people lack the energy for that.

"In places where voter turnout is low, the number of single mothers is twice as high as in other districts, the proportion of migrants is three times as high and the unemployment rate four times," says a study conducted by the trade union-linked Hans Böckler Foundation in 2010. All these criteria apply to Duisburg-Hochfeld. And 11 years after this study, the situation has become even worse. Social inequality has increased. People who feel socially marginalized usually stay away from the ballot box.

Günter Spikofski, local manager of the "Tafel," a nonprofit organization that distributes donated food to people in need, has a simple explanation for the lack in voter interest: "People who are poor have other worries than voting. They need to figure out how to fill their fridge. People who are involved in politics or choosing political concepts need to be able to think long-term. But if you need to improvise every day, you need all your resources for the here and now. To get enough to eat now, find a roof over your head now, get hold of money for the children's school trip now." 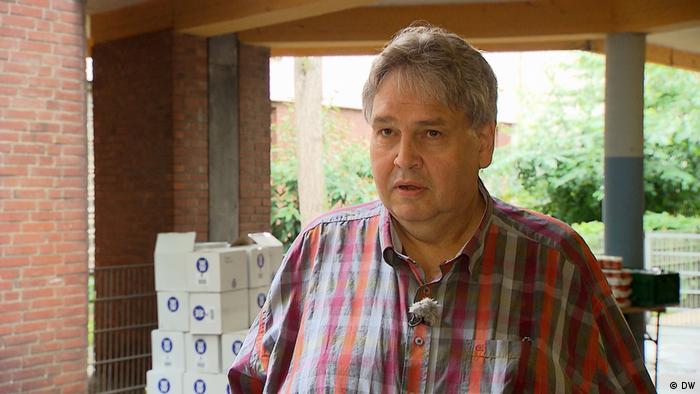 Günter Spikofski says poor people have other concerns than politics

When the Tafel is distributing food, it becomes clear how exhausting life is for some people: A long queue with many pensioners, unemployed people and immigrants has formed well before opening time.

Martina Tiedchen, who has volunteered here for two years, organizes admission. But if people seeking help cannot provide proof to confirm that they are reliant on free groceries, or if they only understand Farsi or Arabic, Martina Tiedchen cannot help them.

The belief that nothing will change

Each week, the Tafel in Duisburg-Hochfeld provides food for 400 households, accounting for about 2,000 people. Many poor pensioners are lining up with their shopping trundlers. Most are embarrassed to be seen here. They resent the politicians for the fact that they are in this situation.

A woman in her early sixties who did not want to give her name says: "I have always voted, been involved, but when I had to take care of my mother for many years, it wasn't possible. No, I don't vote anymore."

Amela Jakupi, whom we meet on the street, doesn't feel valued either. She came to Germany 30 years ago and is appalled by how rundown her neighborhood is today. She says this is despite the city always charging her more in taxes for street cleaning. It's no wonder people don't vote anymore.

No matter who we speak with, nobody believes that anything will change after the election. So why bother to vote? 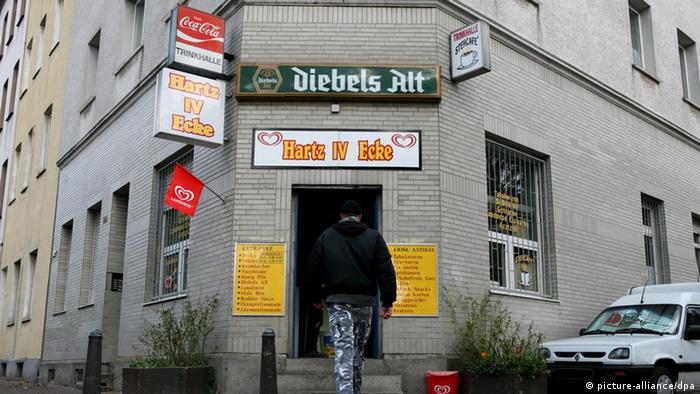 Meanwhile, Mizra Edis has arrived at the Hochfeld Arcades. This shopping street is the central meeting point for locals. Refreshment kiosks alternate with gaming halls; there are numerous jewelers and cell phone shops. Delicatessens or fancy boutiques are nowhere to be found. On the side streets are many Bulgarian snack bars or bistros. Long-established residents of Hochfeld blame immigrants for the fact that there are no longer any upmarket shops here.

Of Duisburg-Hochfeld's residents, 60% are not German citizens.

Mizra Edis, however, would like the new immigrants to be understood as an enrichment: "The shops did not close because people came from Romania and Bulgaria, but because the German population left this part of the city. I'm glad that life is coming back here now. And it's a good thing for the city to have business revenue." 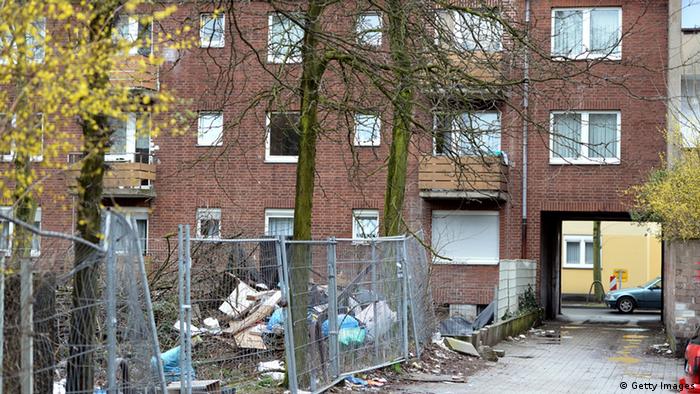 Democracy is becoming an elite project

The consequences are disastrous if people on low incomes no longer vote. The study by the Hans Böckler Foundation cites that "dissatisfaction often leads to apathy and the renunciation of political participation, but not to protest."

The Tafel manager, Günter Spikofski, also thinks that because politicians do not have to fear the poor, they have not taken their concerns seriously enough. "I think frustration is building, but the poor are not going to start a revolution, so that's why things stay the way they are."

Mirza Edis does not want things to stay the way they are. According to him, it should not only be the educated and rich who vote. That's why he will walk many more kilometers through his district, to win back both long-time residents and newcomers for democracy.

If he succeeds in winning a direct mandate to enter Germany's federal parliament, he would become one of the few parliamentarians without a university degree — but also one more voice for the poor.

German election: When the poor no longer vote

Are Germans weary of voting? Are they fed up with all politics in general? A dramatic drop in voter turnout has set off alarm bells across the country.