German rust-belt city of Duisburg gets tough on Arab gangs | Germany | News and in-depth reporting from Berlin and beyond | DW | 31.08.2018

German rust-belt city of Duisburg gets tough on Arab gangs

Organized crime in some areas of Duisburg has become such a problem that the state's Ministry of Justice is assigning two prosecutors specifically to look at mob activities there. But the concept has its detractors. 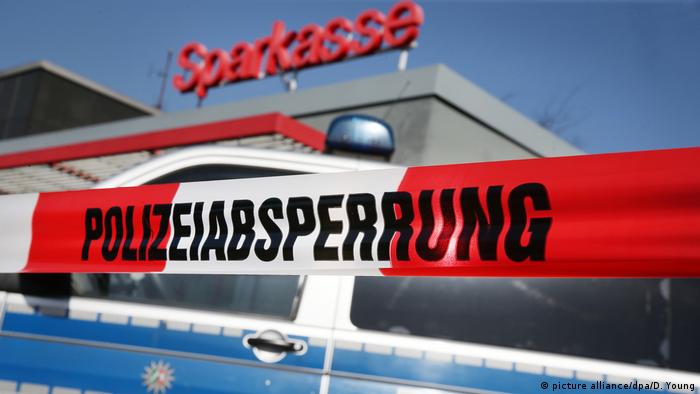 Police in Duisburg tend to be unusually busy; in this case, they were responding to an armed bank robbery

Forget the major metropolises like Berlin, Frankfurt, Munich or Hamburg, it's dilapidated Duisburg that's best known as Germany's capital of organized crime. For years, the public has viewed northern Duisburg as an area of migrants, violence and crime. It's written off by some as a "no-go-area."

Districts like Hamborn, Hochfeld and Marxloh all endured industrial decline and subsequent disastrous city government policy; neighborhoods crumbled amid the neglect. The authorities housed migrants there. And the German inhabitants, if they could afford it, moved away over the years, with greater pace over time. In the district of Marxloh, for example, about 54 percent of the population do not have German citizenship, according to the city authorities.

Now, the Ministry of Justice in the state of North Rhine-Westphalia has devised a new tactic, presented directly to the media this week by Justice Minister Peter Biesenbach of Angela Merkel's Christian Democrats. Two special prosecutors are to be assigned to take action against organized crime — more specifically, against the around 70 large families of Kurdish, Turkish and Arab origin believed to be behind these organizations. The group is thought to have about 2,800 members. And according to authorities, about 880 members of the group have had criminal charges brought against them. The vast majority of these charges concern violent crime, drug trafficking, fraud and money laundering.

Read more:  Taking the wrecking ball to crime in the Ruhr region

'Cases getting out of hand'

The leader of the project, chief public prosecutor Stefan Müller, explained the ministry’s idea: "The impetus was a palpable phenomenon, that there had been more and more cases getting out of hand — even in less serious situations, such as a traffic violations. Large groups of people would assemble at the scene, eventually meaning that the situation could only be contained via a significant police deployment." 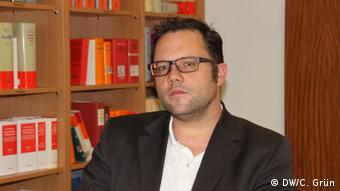 Müller says that the demands made by right-wing politicians for the deportation of criminal foreign nationals is not a matter for his office. "For us, immigration status does not matter. We proceed strictly based on a criminal framework. Therefore, we have nothing to do with whether or not a foreign criminal is deported or not. That's the responsibility of the immigration office. Of course, as investigators, we provide them with our information," says Müller.

The prosecutors have an unusual work process. They are on location as prosecutors with their ears to the ground. Normally, lawyers work their cases in their offices. But these lawyers’ workflow includes regular contact with investigators, federal police, tax officials and juvenile crime authorities. Clerks have also been exclusively assigned to support the special prosecutors. One of the advantages: the whole department is always working with the same group of people. So, it is much more likely that they will notice if someone who has already committed a crime continues to crop up, or if they have withdrawn from those circles.

Criticism from the neighborhood

But not everyone thinks the special prosecutors are helping to improve the situation in the neighborhoods. Father Oliver Potschien is a pastor, social worker and an in-demand point of contact for residents of the much-criticized Marxloh. He works in the Petershof, a social institution for the area. 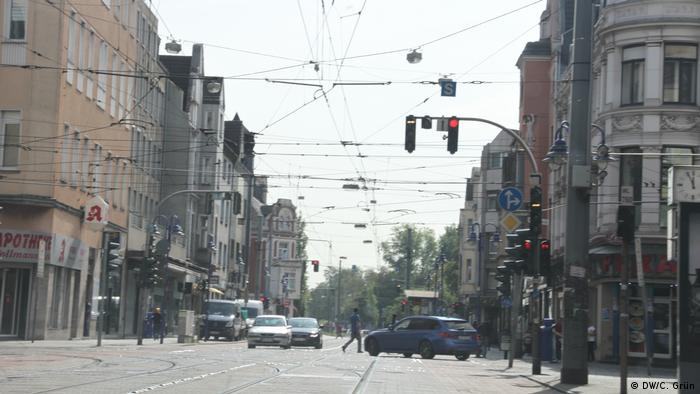 The Marxloh neighborhood in Duisburg is monitored by CCTV, but only at this major intersection

"For me, there's a serious question about what the plan is. I can't see one at all. The Marxloh district's police is so old-fashioned that TV cop shows like Derrick were making fun of it in the 1970s. They don't even have a police car of their own," criticizes Potschien. And though the police car is absent, Marxloh does have an expensive surveillance system. However, it covers just one intersection. 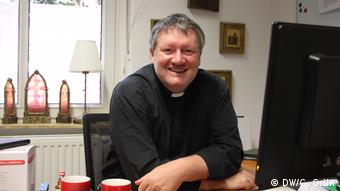 That said, it is of course clear to Potschien that crime is a serious problem in these neighbourhoods. "There's absolutely no disputing that the police must intervene against crime. But the steps being taken here feel more like pandering to the image of catastrophe." Potschein also disputes that Marxloh has the highest crime rate in the city. "That's not true. Other neighborhoods, like city center, are a lot worse off."

'Talk to the people'

Potschien believes there is just one way to improve the situation. "You have to talk to people. Additionally, you have to open a district office staffed with a police officer, a social worker, a nurse, and an employment agency assistant. I have been singing from this hymn sheet for an eternity, but nothing changes." 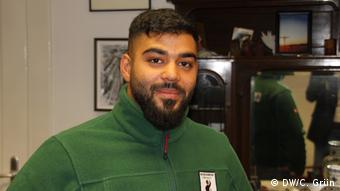 Halil Tas was born in this neighborhood, and is a member of one of the families forever being talked about by police and the press. The 22-year-old is currently doing a commercial apprenticeship at the Petershof with Father Oliver. "I think everything is blown out of proportion. For example, no one ever says anything good about the Lebanese people. Everything is always just negative."

Tas reserves special criticism for the lack of integration and the fact that politicians have left the district to fend for itself. "I can just say that everyone who immigrated to Germany and came to Duisburg was always shoved into Marxloh or Hamborn. Then we just had to try to cope with it."

Nevertheless, Tas likes his district, despite all the shortcomings. "The outside world may consider it a 'no-go-area, but it's not. There's no need to be scared here."