Traffic jams, unemployment, and integration. There are numerous problems in Germany's Ruhr area. But a new government is about to be elected in North Rhine-Westphalia. DW examines the country's most populous state. 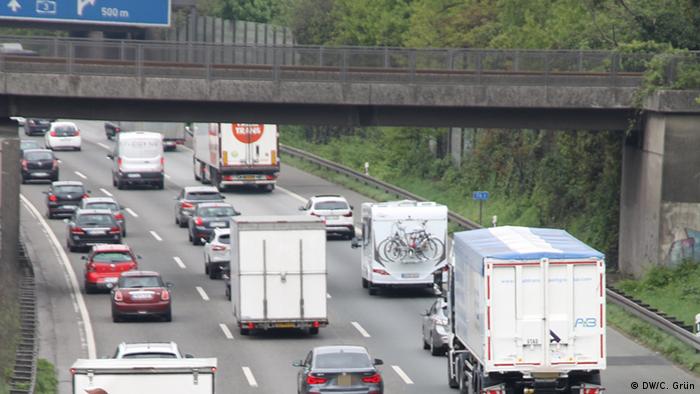 The Ruhr valley region is known as a stronghold of Germany's center-left Social Democratic Party (SPD). In some municipalities the SPD could, in the past, regularly count on getting over 60 percent of the vote in state elections. But there is an increasing amount of people in Europe's densest metropolitan area who are critical of the SPD's politics. This is where most of the losers of the Agenda 2010 labor market reforms live. Many of them were core constituents. But even those not facing unemployment or social decline have begun to have problems with the party.

One such voter is naturopath Henryk Burghammer, from Duisburg. He is interested in politics and has gone public with his resentment. He talks about the problems in his area of the city, which is marked by poverty, decay and failed integration. He was even invited to the "election arena" where top candidates presented their political parties on television. 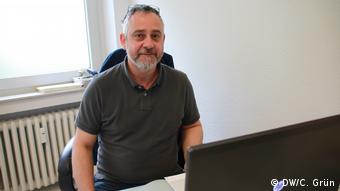 The event confirmed his prejudices: "What did they talk about for the first half an hour? About diesel-fueled vehicles! As if we didn't have any other problems." For 46-year-old Burghammer, a much more pressing problem is the influx of ethnic Roma people from Eastern Europe. He describes a family with eight children who went out in the streets in winter without shoes.

A second major problem, believes Burghammer, is part of the Turkish community, many of whom appear to be supporters of Turkish President Recep Tayyip Erdogan. After Erdogan's recent victory in the constitutional referendum, they drove through the streets waiving flags with symbols of the fascist Grey Wolf organization, he said.

Now he has had enough of the SPD. "The Social Democratic Party has been in power for around 40 years and has done nothing. Look at how things are around here: the roads are falling apart, there is criminal violence!"

Listening to Burghammer, the arguments come to mind that have been presented by the right-wing populist party, Alternative for Germany (AfD). Yet he vehemently denies any such connection. "I would never vote for them," said Burghammer, who for many years he has been a left-wing voter. "But what has been happening here for years in Duisburg makes me angry." 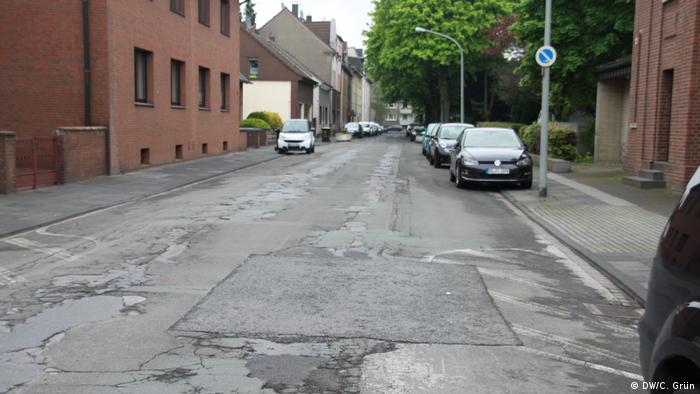 A change of scene: On the broken streets we travel over to Oberhausen to speak with Hajo Sommers. He was born here and is the president of the football team Rot-Weiss Oberhausen, as well as the local cultural manager. He runs the cabaret and comedy center, Ebertbad, which is famous across Germany. This is quite significant for a city such as Oberhausen, which otherwise has relatively little culture on offer.

For Sommers, many politicians are just self-serving. One of the main problems with the political situation in North Rhine-Westphalia (NRW), he believes, has been trying to sell the Ruhr area as a metropolis that could compete with other international cities, such as Paris, London or Berlin. 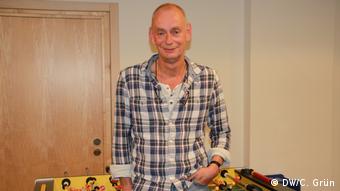 "Nothing is going to change unless there is finally a decent local public transport system put in place, until the parochial thinking of individual cities is eliminated and a there is a push for some decent cultural promotion as an engine for development," says Sommers. He thinks that every municipality in the Ruhr area should have a district manager working to promote culture. In order draw more creative people to the area, they should make local shops available as art galleries, cafes and event locations.

SPD party member, and secretary of the Mining, Chemical and Energy Industries Union (IGBCE), Armando Dente, also thinks there have been deficiencies at the state political level. "The SPD must have a clear concept. Why is it not completely free to go to daycare?" He also thinks that too little has been done with regard to social housing. 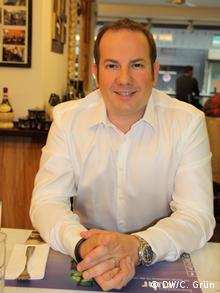 Dente has problems with his party on the federal level as well. What bothers him most are the energy policies. "The union (IGBCE) is totally behind renewable energy, but at the moment, the many intensive energy-using industries can only function through using a variety of energy sources. The SPD must be committed to the industrial state of North Rhine-Westphalia." It is an area that has been traditionally characterized by heavy industry, like coal and steel. But it has been facing a crisis for the last 70 years and not everyone who lost their job with restructuring has been able to strike it lucky in another sector.

Dente travels a lot around North Rhine-Westphalia. "There is one traffic jam after the other, because there is so much road work going on - finally!" In his opinion there has been too little investment in infrastructure in the past.

But on the topic of the AfD, Dente is quite clear: not an option: "They contradict the fundamentals of what a trade union stands for, which is solidarity."

Sonja Bongers is new to the political arena. She is standing for the SPD in Oberhausen, hoping to win a seat in state parliament. Her chances are not bad. Bongers, who runs her own law firm, embodies a political generation that is keen to get involved and get things moving. Her professional independence is important to her, and she is not shy of confrontation. "I don't have to do this. I have a fulfilling career. Contrary to others, I do not work for the city council or the party," she says. 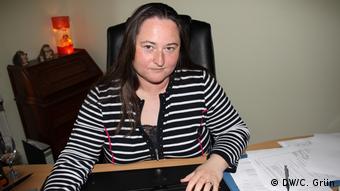 Bongers is hoping to launch her political career with the SPD

The new candidate is also aware of the failures within the SPD: "It's true that some members have lost touch with the people." She, however, is confronted with the problems in the Ruhr area on a daily basis: unemployment, frustration with the job center. "My motivation has been to revive the old key issue of the SPD, to push again for 'social justice.'"

In order to do this she hopes to tackle issues on a small scale. "Many think that people receiving social security don't want to do anything. But that accounts for perhaps 5 to 10 percent." Bongers believes that most people want to work, but have missed out on the chance due to a lack of education or illness. "Most people don't want to sit around at home. They feel better when they work and they set a good example for their children."

Bongers is hoping to get 45 percent of the vote, which would be enough to win a seat in government. In earlier days, the SPD could count on over 60 percent. But those days are over.

As North Rhine-Westphalia prepares to vote, security and bread and butter issues are at the forefront. Merkel has been rallying her party before the vote in Germany's most populous state. (05.05.2017)

With three state elections and the Bundestag vote in the fall, 2017 is set to be a decisive year in German politics. DW looks at key dates leading up to this fall's federal election. (10.05.2017)