The Left Party and its anti-military unique selling point | Germany | News and in-depth reporting from Berlin and beyond | DW | 16.08.2021

The Left Party and its anti-military unique selling point 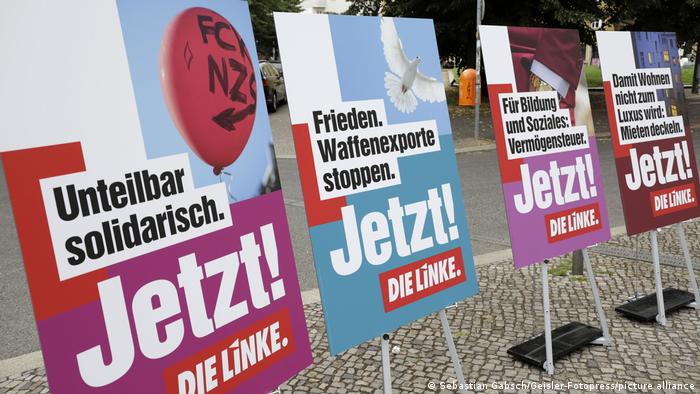 The developments in Afghanistan seemed like grist to the mill of Germany's Left Party.

Following the Taliban's takeover of Kabul, the socialist Left's top candidate Janine Wissler took to Twitter to point out that her party had long warned against what she said were "the poor decisions" made by other politicians.

Left Party defense spokesman Alexander Neu squarely blamed the German government for what he called "a failed mission." Neu referred back to 2004 when then German Defense Minister Peter Struck famously justified Germany's involvement in Afghanistan stating: "Our security is also being defended in the Hindu Kush" — meaning that the Bundeswehr had been sent to combat international terrorism.

"'We defend Germany in the Hindu Kush,' was not only illegal under international law, (prohibition of anticipatory self-defense, which is actually an act of aggression), but also security policy nonsense. All parties except #DieLinke followed the nonsense." Neu wrote on Twitter.

The Left Party has long been skeptical of the purpose of Germany's missions abroad. "Beneath the cipher of reconstruction and strengthening security forces, of course, it's about the politics of influence," Neu told DW in the context of fresh Bundeswehr's involvement in Iraq in 2018. The Left Party questions the legitimacy also of German Tornado fighter jets' reconnaissance missions to support the US military operation against Islamic State in both Iraq and Syria.

"Who expects us to take part? The US? It is completely irrelevant what the US wants," Neu said. "Germany has its own sovereign interests."

Indeed, the question of German interests in Afghanistan has been a thorny one.

After the Afghanistan anti-terror combat mission turned into a stabilization mission, former President Horst Köhler caused a media uproar with comments he made during a trip to Afghanistan. He suggested military deployments were central to Germany's economic interests, saying that a large economic power like Germany must be willing to secure free trade. The barrage of criticism he drew with these remarks ultimately led him to step down in May 2010.

The Left Party then and now wants to see an end to all foreign deployments of Germany's military.

The party wants to replace NATO with a collective security system including Russia. The Left Party also advocates an end to all arms exports, the only major German party to categorically do so.

Its stance on defense is the major sticking point for any possible coalition with the SPD and the Green Party on the national level. 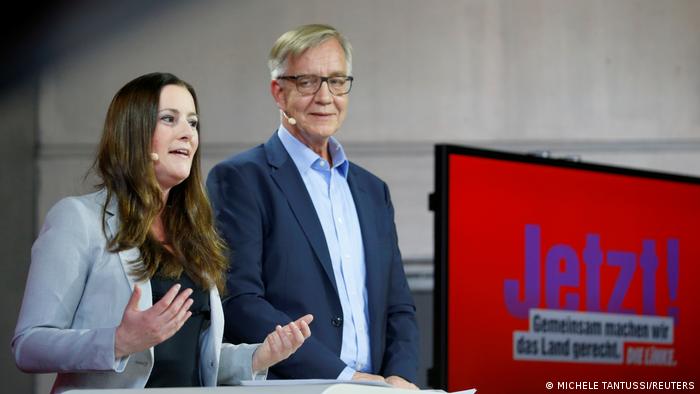 Other key elements of the 2021 Left Party platform

Immigration: The party advocates residence and work permits regardless of employment duration and for the qualifications of non-EU citizens to be recognized. It rejects the notion of deportation, especially where war and persecution are a reality.

Social care: The party wants 200,000 more nursing staff in hospitals and nursing homes, and an increase in basic pay for employees. It also wants a statutory staffing level, and for hospital and care groups to be transferred to public ownership.

Climate change: An energy revamp with a focus on renewable energy. The party also wants to phase out coal by 2030 at the latest and to see Germany climate-neutral by 2035. Local public transport should be free of charge, and rail travel is to also become cheaper. There would also be a ban on domestic flights of less than 500 kilometers (310 miles).

Labor: A minimum wage of €13 ($15,30) from currently €9.50. Temporary employment and fixed-term contracts without a fixed term would be abolished. The party also proposes a four-day week of around 30 hours as a normal work model.

Health: The health care system will become egalitarian. All contributions will be fixed at 12 percent of income, and everyone will be guaranteed the same care. Glasses and new teeth will be free.

Housing: A rent cap throughout Germany. The Left party also wants to promote social housing construction with €15 billion annually. Investment in residential property as financial speculation will be banned, while 250,000 affordable homes will be built every year.

Pensions: The Left party wants to introduce a minimum pension of €1,200. Instead of retirement at 67, employees should again be able to retire at 65 at the latest without deductions. 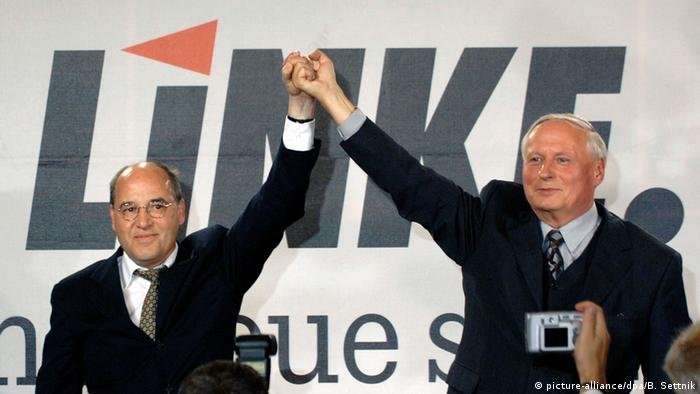 The Left party has radical members who oppose the capitalist economic order, and more moderate ones who want to crop capitalism's neoliberal excesses — mainly through market regulation and a social welfare system that isn't based on punitive sanctions. Broadly, these two branches are reflected in Left's two top candidates — young firebrand Janine Wissler and Dietmar Bartsch, the senior moderate conciliator.

Though well-established electorally across the country and a fixture in the Bundestag, Germany's lower house of parliament, the Left Party (Die Linke in German) is still treated as a pariah by the country's other political parties.

And that is also because of the Left Party's history: Some of the Left's members were once part of the Socialist Unity Party (SED), which ran the East German dictatorship

The SED mutated into the Party of Democratic Socialism (PDS) after the fall of the Berlin Wall and established itself as a quasi-communist opposition party throughout the 1990s. It fed off the disenchantment in eastern Germany as many formerly state-owned industries were privatized without any tangible benefit to the economy in the "new" German states.

But while in its nascent years it was mainly an anti-capitalist protest party, the PDS, and later the Left also gained real political responsibility at the state level. For that reason, the party has long claimed mainstream status in eastern Germany and has even led the government of Thuringia, under state premier Bodo Ramelow, since 2014.

But that is only half of the Left's story. In western Germany, the PDS enjoyed a significant boost in 2004 when a group of disgruntled SPD members and trade unionists, sick of what they saw as the increasingly neoliberal bent of SPD Chancellor Gerhard Schröder, split from the party and founded the awkwardly-named Electoral Alternative for Labor and Social Justice (WASG).

The PDS formed an electoral alliance with the WASG at the 2005 general election, giving up their acronyms in 2007 when the two formally fused to create the Left Party.

That alliance was driven to no small extent by the firebrand leader Oskar Lafontaine, the ex-SPD man from western Germany who had dramatically abandoned the finance minister role under Schröder in 1999. Lafontaine and SED veteran Gregor Gysi, a hugely popular figure in eastern Germany, were long the party's dominant figures.

While Gysi is seeking a mandate in the Bundestag again in 2021, Oskar Lafontaine has withdrawn from frontline politics in recent years. This may make it easier for old members of the SPD to overcome the grudge they bear and consider cooperation with the Left Party come coalition-building time.

Benjamin Knight contributed to this article.