COVID: Poverty a higher risk factor than ethnicity | Germany | News and in-depth reporting from Berlin and beyond | DW | 12.03.2021 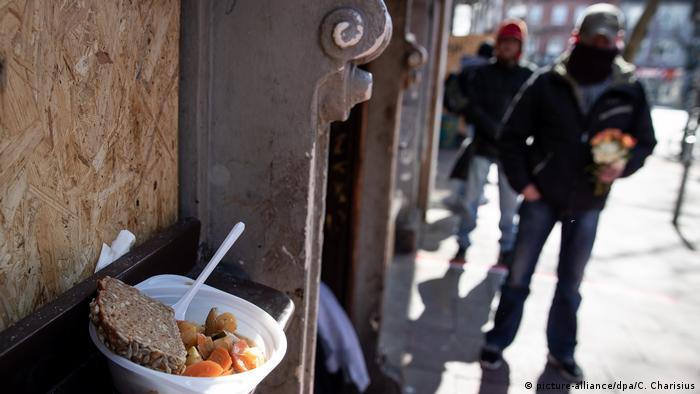 A shocking report appeared in Germany's largest tabloid Bild in March: The majority of those people treated in hospitals with coronavirus in Germany are migrants or belong to immigrant families.

The source of these claims were conversations overheard by the newspaper that took place between the president of Germany's disease agency, the Robert Koch Institute (RKI), Lothar Wieler, and the chief physicians of several large hospitals.The hospital chiefs allegedly reported that up to 90% of people win the intensive care units had an immigration background.

This begs the question of whether politicians and scientists have preferred to refrain from disclosing these figures — so as not to expose themselves to accusations of xenophobia. 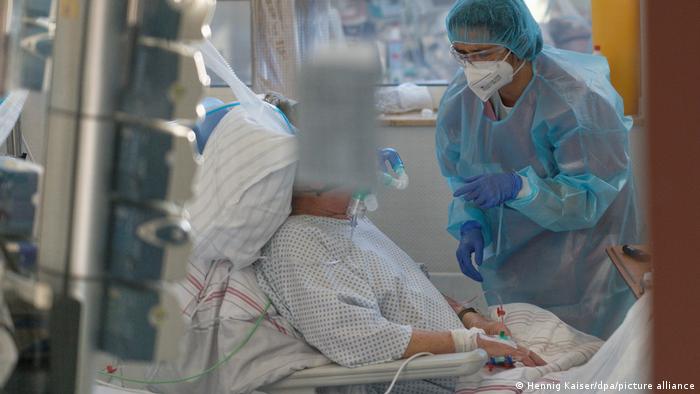 A few days later, at a press conference in Berlin, Wieler tried to put the core claim of the report into perspective. He pointed out that statements by individual doctors were being extrapolated to apply to the entire country.

But he did confirm the discussions with the physicians had taken place.

"It was a personal conversation, an informal exchange, in which we considered various things, but did not make any final determinations [...] The data is not available to the Robert Koch Institute, and according to Section 11 of the Infection Protection Act, this data is not collected," Wieler explained.

Pandemic a challenge for migrants

Around a quarter of the German population has an immigration background, 13% of whom do not have a German passport.

The pandemic has been challenging for everyone, but particularly for people who do not speak or understand German well, and especially for the many refugees who arrived in the country since 2015.

They often live in cramped conditions and may have limited access to public information, for example, about travel restrictions and the spread of the pandemic across the country.

For these reasons, it would make sense if the proportion of those infected among migrant communities is higher than in the rest of society. But reliable figures for the whole country do not exist.

Case numbers are reported to the RKI from local clinics and health offices, but they are anonymized. The spokesman for Health Minister Jens Spahn, Sebastian Guelde, said: "We have pointed out again and again [...] that language barriers and different access to health information are, of course, very significant factors for people's health. Other issues that naturally play a role are socioeconomic factors: working environment, living conditions and housing conditions, for example."

According to the Berlin newspaper Tagesspiegel, a large number of men from Arab countries or Turkey were being treated in hospitals in the capital. There have allegedly been many disputes with family members who wanted to visit the wards and did not want to abide by COVID regulations.

However, the physicians quoted there reported that socioeconomic factors were more important than ethnicity in determining infection rate and understanding of pandemic rules. In short: Those who are poor, those who live in close quarters and who have to work in worse conditions, are more likely to get sick.

Medical sociologist Nico Dragano from the University Hospital Dusseldorf pointed out an important distinction: The risk of getting infected is not the same as the risk of developing a severe case.

"There are certain pre-existing conditions that increase the risk that you will have severe effects if you become infected," he told DW. "These include heart disease, high blood pressure, obesity and diabetes. These are all diseases that affect people in poverty more often."

Another connection, that does not only apply to Germany, was noted by the Organization for Economic Cooperation and Development (OECD) in 2020. The OECD study reported that migrants make up 24% of doctors and 16% of nurses on average across all 37 OECD countries, putting them at the forefront of the fight against the virus.

And some migrants were allowed to travel into Germany during the pandemic, increasing their risk of infection. Even when the country was in a strict lockdown with borders closed, governments made exceptions for foreign seasonal workers entering the country, for example, to help with harvest.

The language problem has not gone away. Ministry of Health spokesman Guelde emphasized that his ministry is aware of this challenge.

"The information material on the vaccination campaign, for example, is now translated into 10 foreign languages," he said. "And also the service number 116 and 117 will be available from mid-March in four more languages: English, Turkish, Arabic and Russian."

However, it is impossible to predict whether this will actually help in reaching some of the people worst-hit by the pandemic.

While you're here: Every Tuesday DW editors round up for you what is happening in German politics and society, with an eye toward understanding this year’s elections and beyond. Sign up here for the weekly e-mail newsletter "Berlin Briefing," to stay on top of developments as Germany enters the post-Merkel era.

COVID: Nurses and carers are the heroines of the pandemic

The coronavirus pandemic has put extra strain on nurses and carers in Germany. Both roles tend to be filled by women, who earn substantially less than their male counterparts.