Germany′s integration councils — the election for everyone | Germany | News and in-depth reporting from Berlin and beyond | DW | 17.09.2020 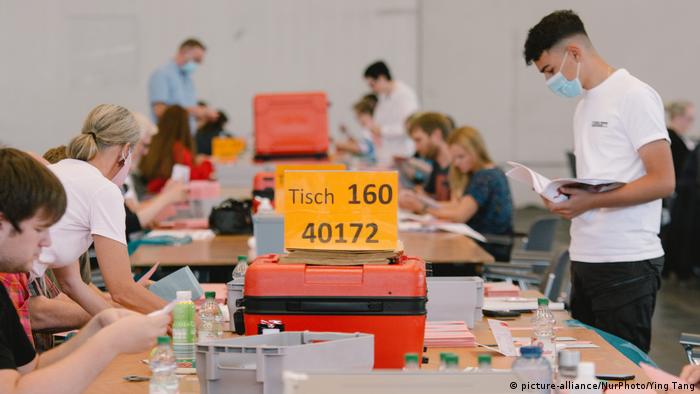 "It is not easy to convince citizens who are not allowed to elect a mayor, a city council or a district council of the necessity of their vote — especially if they feel like 'migrants' and eternal guests."

That is the challenge faced by Susanne Kremer-Buttkereit. She is the leader of the Municipal Integration Center in the western German city of Cologne and works to raise awareness about elections to a little-known board of officials: the integration council.

Residents of Germany's most populous state of North-Rhine Westphalia (NRW) have spent the last few months awaiting local elections, with candidates staring down from billboards on every street corner as a constant reminder. The vote took place last Sunday — but another election on the same day received less attention.

She will now spend the next five years on the board with the power to advocate for her community. But how does the integration council differ from other local councils?

What is the integration council?

Over 14 million people were eligible to exercise their democratic right in municipal and regional elections in the state, which has a population of around 17 million. But many residents were excluded from the vote.

The integration council was created to offer a solution to the disenfranchised. It is an advisory board of elected officials for certain German cities. They do not have any direct power to make policy decisions, but they can advise.

Councils in NRW are usually made up of around two-thirds elected integration council members and one-third elected city council officials. 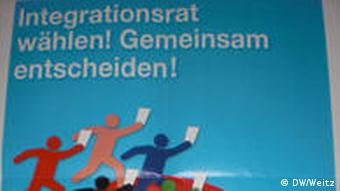 A flyer for the integration council

The potential of migrants

"The integration council is so important because it promotes the participation of Cologne citizens with an international background in all areas of life," Kremer-Buttkereit told DW.  Under her leadership, the Municipal Integration Center works with the elected integration council.

"It is based on the assumption that the focus should be more on the potential of the people than on supposed deficits," she added.

In Cologne, Germany's fourth-biggest city, the council has existed since 2004, when it replaced the "Foreigners' Council." The council has been able to influence active change in the city of Cologne over the last few years.

Key among recent successes are the upcoming construction of a memorial to the attacks of the far-right terrorist group National Socialist Underground and the creation of an integration and diversity department in the Cologne's mayor's office. 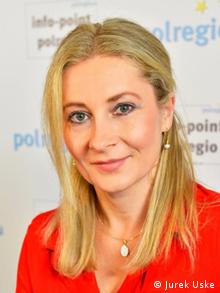 Anna Klimaszewska-Golan stood for election for the Polish-German community

Media reports on migrants to Germany often focus on Turkish and Middle Eastern groups, but another community was pleased to get their voice heard.

"Election flyers were available in German, English, Arabic, Turkish — but not Polish," Cologne's Polish-German newly elected representative Anna Klimaszewska-Golan explains. "I had to translate them myself — and then I also produced a flyer in Polish explaining how to vote." Many members of the Polish community had never voted in Germany before.

Klimaszewska-Golan is a lawyer and works with advocacy group InfoPoint Poland, which was set up to campaign for the rights of the Polish community in the western state. There are around 42,000 people with a Polish background in Cologne and over 600,000 in the state of NRW as a whole — the second-largest non-German ethnic group after the Turkish diaspora.

Read more: Germany: On the campaign trail during coronavirus

Representation on the council is high for people with a Turkish background. Other elected representatives include the "Italians for Cologne" group and "Africa Alliance 2014" which advocate for the voices of people from their communities. But this is the first time Polish candidates stood for election.

"We eat the same bread, the same Sauerkraut as Germans," Klimaszewska-Golan laughs. "People think Poles are very integrated." But she points out that many Poles in NRW do not speak German, and many more are professionally limited by complicated processes to get qualifications recognized in Germany.

Why is the Polish community so important?

Polish immigration to Germany dates back to the 19th century at least — as evidenced by the frequency of Polish surnames in German public life. Chancellor Angela Merkel was born Angela Kasner, the German version of the surname Kazmierczak, which her grandfather changed after he emigrated from what was then the German city of Posen, modern day Poznan. 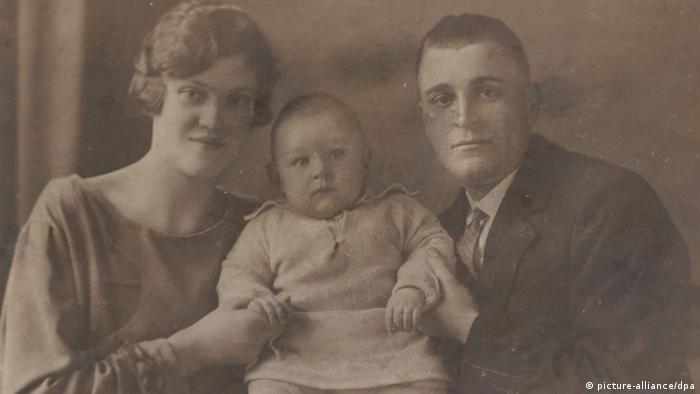 More Polish people came to Germany after the Iron Curtain came down in 1989, and still more after Poland joined the European Union in 2004. It is this "fresh wave" of immigrants that Klimaszewska-Golan says struggle to be included.

"It is so important that people know about the integration council and get their voices heard," she says. "Look at what is happening in Belarus — some Polish people have forgotten that it was like that for us just 30 years ago."

Klimaszewska-Golan and her all-female colleagues at InfoPoint Poland are particularly keen to advocate for the rights of Polish women — often wives of working husbands who have little opportunity to learn German or find jobs.

What is the future for the integration council?

For Cologne's integration council, the most important issue will continue to be the expanded right to vote for non-Germans.

"I believe that people must be able to shape their affairs where they predominantly live. To do so, they need to have democracy open to them," says Kremer-Buttkereit.

"It was very important for the integration council that the vote [this year] took place on the same day as the other local elections — to increase voter turnout," Klimaszewska-Golan explained. She also supports expanded enfranchisement for non-Germans — although as EU citizens, Poles to have the right to vote in German local elections.

But for now, with federal elections less than a year away, most people without German or EU citizenship must turn to their local integration council to get their voices heard in Germany — if they even know they exist.

Germany seeking unity on identifying threats to the EU

During Germany's presidency of the European Council, the Defense Ministry wants to lay the foundations for a common threat analysis. But other EU countries have different views on cooperating with the US and Russia.

The US president met American troops stationed in Poland, before being briefed on aid efforts for Ukrainian refugees. Warsaw is hoping for a bigger NATO commitment in the wake of Russia's invasion of its neighbor.