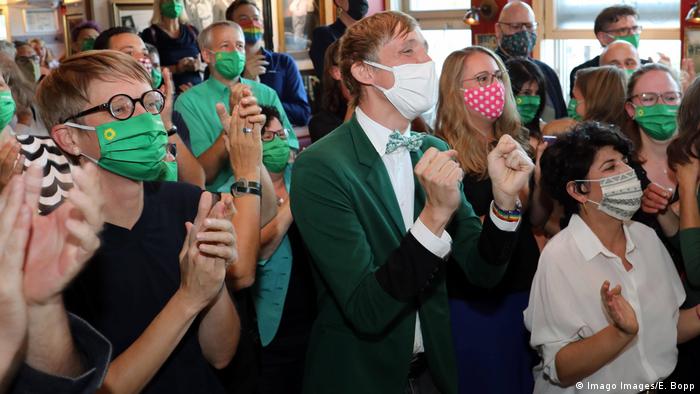 German Chancellor Angela Merkel's conservative CDU party is set to stay in control of many localities in the western state of NorthRhine-Westphalia but with a slightly reduced majority, an exit poll from public broadcaster WDR and Infratest dimap predicted on Sunday.

The center-left SPD came in second but with a sharp fall in support, according to the forecast. After receiving 31.4% six years ago, the SPD is projected to receive just 23.5%.

The Greens are anticipating a large jump in seats on local councils though, after moving from 11.7 to 19% according to projections.

Party co-leader Annalena Baerbok tweeted that it was the Greens' best ever result in municipal elections.

The far-right Alternative for Germany (AfD) party likely saw its support more than double, from 2.6% in 2014 to 6% of the vote.

The forecast anticipates the business-friendly FDP will receive a slightly lower 4.5% and the Left Party to achieve 4% — down from 4.7%.

Some 51.5% of voters turned out, slightly more than in the earlier polls, and many voters submitted their ballots by post due to the coronavirus pandemic.

Sunday's elections were also for city mayors, including in Dusseldorf and Cologne. 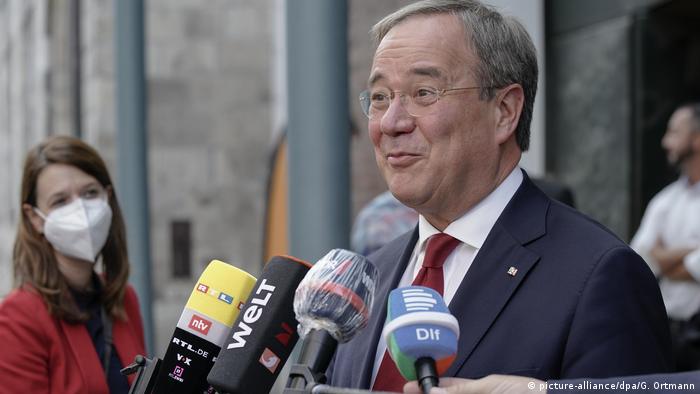 The polls are considered a test for state premier Armin Laschet, who is a potential candidate for chancellor in next year's federal elections.

Laschet hails from Aachen, a town near the border with The Netherlands and Belgium.

The 59-year-old, who is positioning himself as the continuity candidate to succeed Merkel, had hoped to increase the party's share of the vote to boost his standing ahead of a December party leadership showdown.

Some 14 million people were eligible to take part in Sunday's elections throughout Germany's most populous state.

There are generally no minimum thresholds for local elections in the state. Federal elections require parties to receive at least 5% of the vote before receiving seats.

Responding to the coronavirus pandemic has thrown the spotlight on Germany's sometimes fragmented federal governance. Does it lead to tailor-made local solutions, or ceaseless territorial squabbles?