Coronavirus: Merkel′s bid for unity hampered by Germany′s federal system | Germany| News and in-depth reporting from Berlin and beyond | DW | 01.09.2020

Responding to the coronavirus pandemic has thrown the spotlight on Germany's sometimes fragmented federal governance. Does it lead to tailor-made local solutions, or ceaseless territorial squabbles? 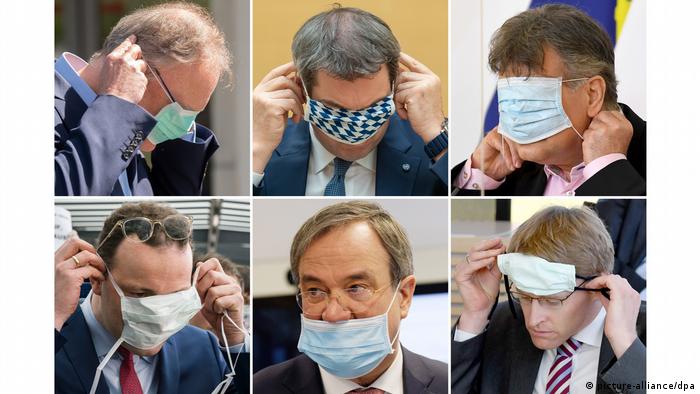 It's entirely possible that you have heard or read something about masks becoming mandatory in German secondary school classrooms. Or you might have heard the exact reverse, that this rule was being lifted. Well, both these claims are accurate.

Germany's two most populous and influential states are moving in opposite directions on this issue. As Bavaria in the south decrees that kids don a mask in lessons, to the northwest, North Rhine-Westphalia has ditched that same rule.

Merkel: We want to ensure that facemasks are required in public areas

Bavarian Education and Cultural affairs Minister Michael Piazolo took to the microphone on Tuesday to set out the state government's new plans on masks in schools. Classes should start as scheduled on September 8, and for at least two weeks, secondary school kids should wear masks at all times "unless the school can ensure sufficient distancing in classrooms." Then, from September 21, the local caseload would dictate whether or not they were required.

A day earlier, North Rhine-Westphalia (NRW) School Minister Yvonne Gebauer sought to argue that masks in classrooms were "no longer necessary," since the state's caseload had dipped back towards the national average. Several schools, however, had reached voluntary agreements to uphold the rules all the same.

Meanwhile, across the border French students returned to school this Tuesday with masks mandatory nationwide for teachers and all students aged 11 or over. 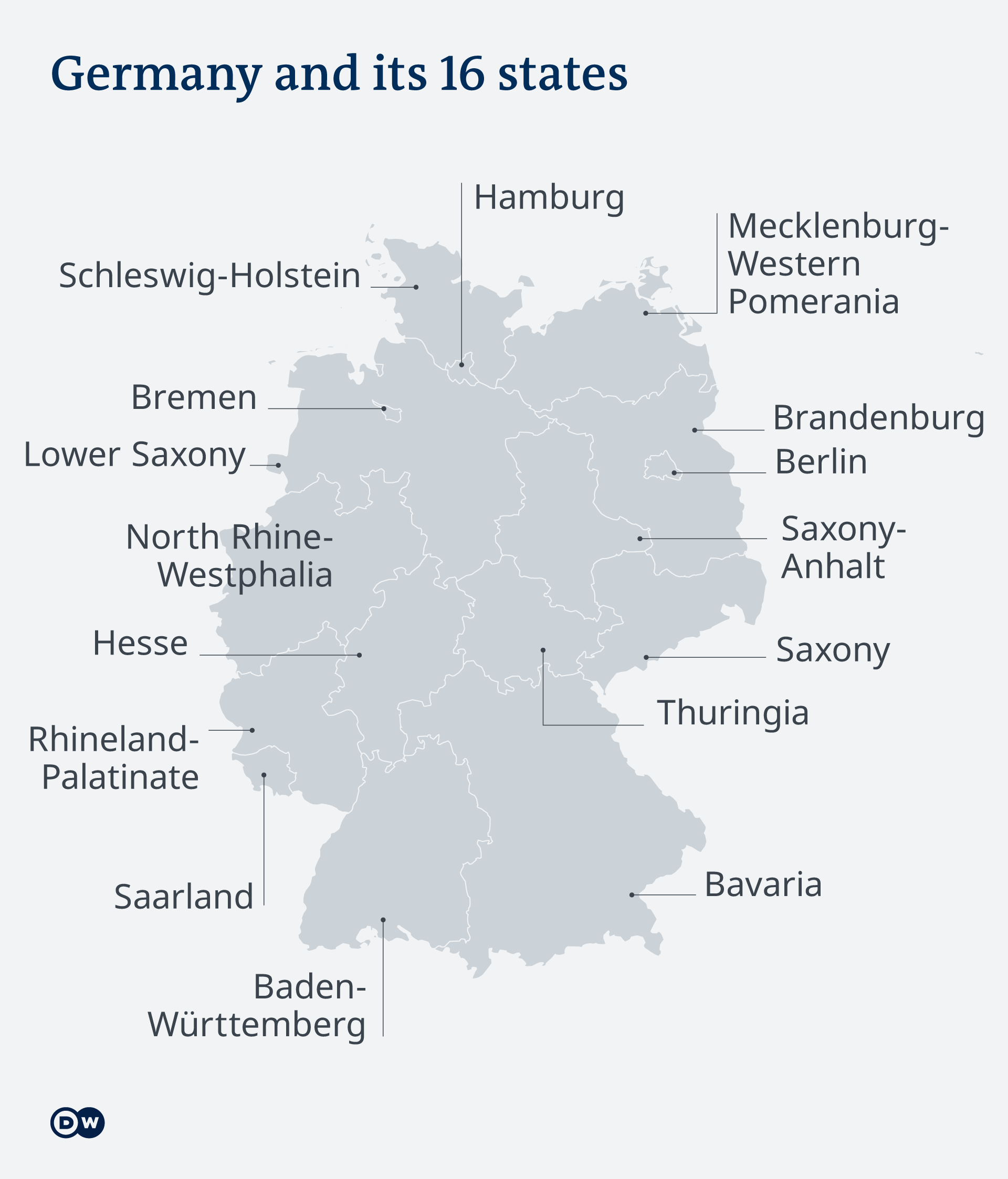 The most populous state, NRW has almost 20 million inhabitants, Bremen only 600,000

The situation is equally diverse when it comes to fines for those who refuse to wear masks in public: Last week in a meeting with Chancellor Angela Merkel 15 of the 16 states agreed on a fine of €50 starting on September 1 — with the state of Saxony Anhalt failing to toe the line.

Public transport users failing to uphold mask rules, however, face fines of €150 or more. Matters are made more complicated as many trains cross state lines, prompting consumer groups to complain that it wasn't fair on travelers to be expected to know what rules apply when.

Rather like the US, and in stark contrast to France, Germany's 16 states hold considerable political power. In fact, Article 70 of Germany's constitution explicitly states that all lawmaking rests in the states' hands, unless stated otherwise in the Basic Law itself. 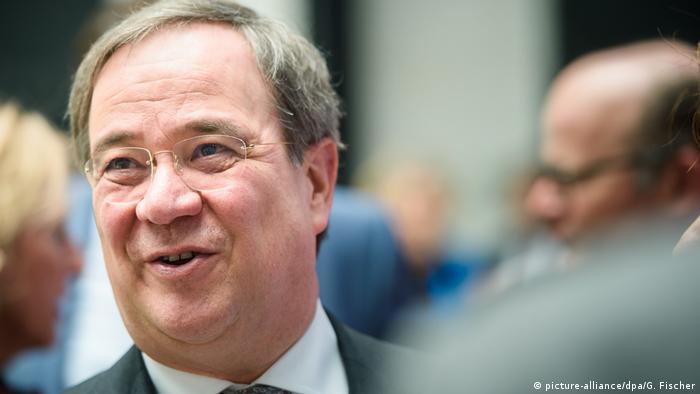 NRW Premier Armin Laschet has a reputation for being conciliatory, his state has the most people and the most coronavirus cases.

Many coronavirus measures have faced legal challenges. A ruling in North Rhine-Westphalia last week saying schools could not send kids home for refusing to wear masks might have played at least some part in the state's U-turn on face coverings.

In an attempt at finding a unified approach there have been regular discussions between Chancellor Angela Merkel and the 16 state premiers.

For almost any major policy that Merkel wishes to introduce nationwide, she requires the unanimous approval of the state leaders. And at most of these meetings, at least one desired plan has come to naught — last week, imposing restrictions on how many people can gather privately fell by the wayside for the moment: Anything from only 10 to several hundred people may now gather — depending on whether the party is indoors or outside … and on the state in which the gathering is held.

Sparsely populated rural states like Saxony-Anhalt or Mecklenburg Western Pomerania with only 2 million inhabitants or less can seek to hold Angela Merkel's government hostage. Saxony-Anhalt, in particular, has had a comparatively low caseload throughout the pandemic, with its Christian Democrat state premier Rainer Haseloff frequently resisting Angela Merkel's desired nationwide policies. He argues that the numbers in his region are so low that it would not be fair to take a tougher line, but does this compromise the national strategy of his party ally? 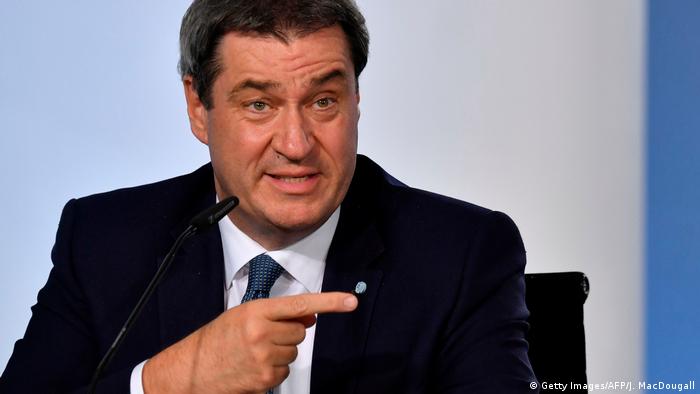 Path to the chancellery