Topping Google's search rankings is the dream of online publishers far and wide. Germany's government found a shortcut to the summit for its new health website, but a court in Munich has dragged it back down for now. 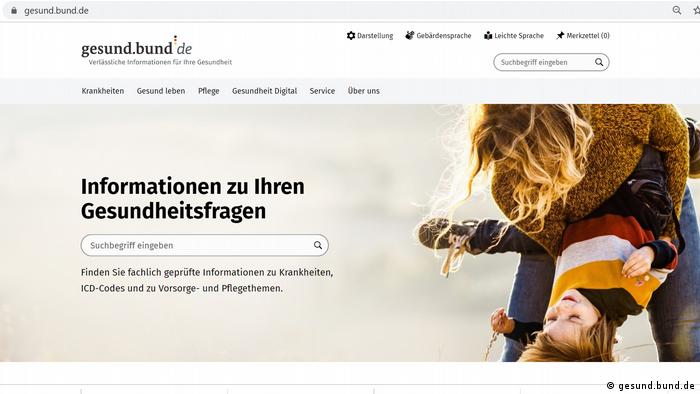 Gesund.bund.de will remain online, but its preferential spot at the top of German Google searches looks in jeopardy

In November, Google and the Health Ministry launched a cooperation to steer German-language searches about the 160 most common illnesses to a government-funded website.

"Anyone who Googles about their health should land on our government site, and find the information that they need there," Health Minister Jens Spahn told reporters, standing alongside Google's vice president for Central Europe, Philipp Justus. Though the plan predated the pandemic, Spahn said COVID-19 had highlighted its importance "as if through a magnifying glass."

"Gesund.bund.de should become the central port of call for reliable health information on the internet," he said. 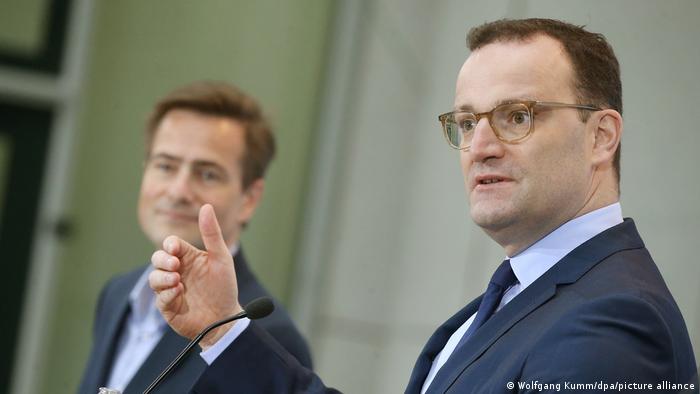 This would be achieved not by changing Google search rankings, strictly speaking. Instead, above the ordinary search results, the Gesund.bund.de entry would appear in a special Google "Knowledge Panel."  Rather than optimizing its position on Google's algorithms, the goal of so many businesses and publications nowadays, the government in Berlin had found a way for its website to jump the queue.

Google is not only working with the German government to put relevant information in these Knowledge Panels. Depending on location and language, the chances are that a search like "sore throat COVID" right now will generate such a Knowledge Panel — containing information either from a domestic health agency or the World Health Organization (WHO).

But a state court in Munich provisionally shot down the deal on Wednesday.

In essence, it found that the ministry's bid to secure prominence for its information had been too successful, putting private providers of health information at an unfair disadvantage.

Hubert Burda Media, the company behind the NetDoktor.de website that tops many health search rankings on Google in German, filed the lawsuit. Hubert Burda was a longstanding president of the Association of German Magazine Publishers (the VDZ). Its managing director, Stephan Scherzer, told DW that the decision was a "meaningful step to securing a free press" in Germany.

Judge Gesa Lutz warned in her ruling that Google and the Health Ministry teaming up could put "serious private health websites" at risk financially and thus threaten "a reduction in freedom of the press and of opinion." She also found that Burda had adequately demonstrated that their case was urgent and that the deal was already hurting traffic and their bottom line.

"This puts a stop to the capriciousness of that digital platform deciding what information and what opinions citizens can see," said the VDZ's Scherzer. He said it was unacceptable for Google to showcase government-funded information above all offerings from the private press, "with no competition at all." 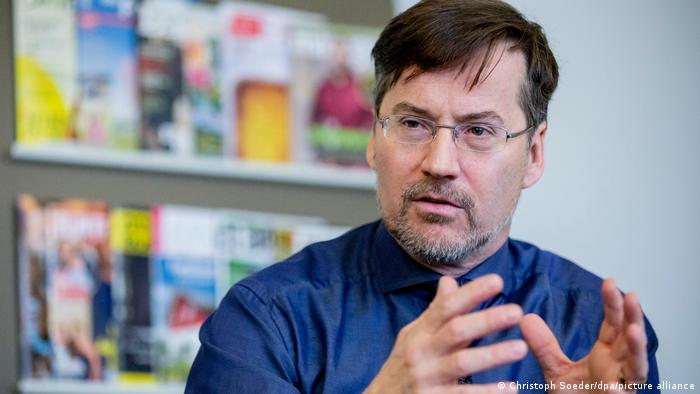 Google disputes this, however. Philipp Justus wrote in a blog post that showing Health Ministry information on certain illnesses did not impede other health site operators. "They will continue appearing in the search results along with a variety of other websites," Justus said.

Little wonder the Health Ministry was interested in the project, or that successful online publishers took exception to it. Increasingly, "Dr. Google" staffs the front line of modern medicine around the world.

Google is Germany's search engine of choice with more than 90% of all online searches (97% on mobile devices). And according to a Bitkom survey last year in Germany, 53% of people would typically search for their symptoms and information online before seeking medical help. A little like Moore's Law, the sheer volume of health-related searches on Google doubles every few years.

For publishers like NetDoktor, 90% of traffic comes via the search engine giant, generating crucial advertising revenue.

This case in Munich, which is still subject to review, was only looking at whether the deal put private publishers at an unfair commercial disadvantage. The legitimacy of the gesundheit.bund.de website or its Health Ministry funding was not in question. The court was also not considering whether a government should be allowed to strike such a deal with a company like Google, or whether there might be scope for abuse of power in some cases.

The site offers health advice on all manner of issues, from potential COVID symptoms to migraines or cancer or athlete's foot. Though funded by the government, it is sourced from medical and academic research.

The Association of German Magazine Publishers sees the very product as problematic, whether Google helps promote it on search engines or not.

"The Health Ministry running its own specialist outlet with journalistic reporting on health issues is in no way reconcilable with the commitments to a free press in the constitution," Scherzer said. "We are therefore alarmed that the government is still trying to legally justify the website. Parliament absolutely must reject this unacceptable invasion into the media landscape."

As for the Health Ministry in Berlin, a spokeswoman told DW that it had "noted" Wednesday's provisional ruling: "When the decision is reviewed, the [ministry] will decide on the next steps. The offering of the national health portal itself is unaffected by this verdict."

In other words, the gesund.bund.de site will still be online and available — only perhaps a little trickier to find on Google. At least until the Californian giant tweaks its algorithms, or unless Spahn's ministry can beat the publishers fair and square on the SEO battlefields.

Opinion: Berlin has promised too much during the coronavirus crisis

People in Germany are losing patience. Disappointment is spreading amid the ongoing lockdown, vaccine shortages and a chaotic appointment system. Sabine Kinkartz says politicians have to take their share of the blame.

Cabin fever got you down? Fancy a snowy, alpaca-led walk in the woods or a private ski run? Instead of closing ski slopes and nature parks entirely amid the coronavirus, the sylvan region is taking a different approach.

Alex Gorsky said mutations of the virus may force people to get inoculated every year. Meanwhile, Eli Lilly's combination antibody therapy has been granted emergency use authorization in the US. Follow DW for the latest.

Germany's Cartel Office has said Google Maps services could be shutting out competitors. Issues include embedding Google Maps data into other map services.