Google vs. Australia: 5 questions and answers | Business | Economy and finance news from a German perspective | DW | 25.01.2021 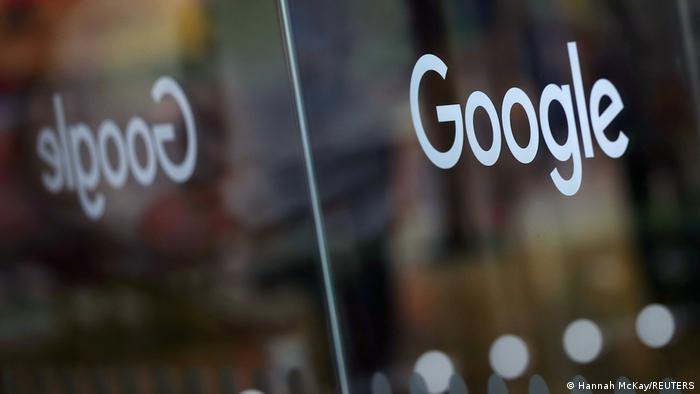 Australia has proposed a bill that would oblige Google and Facebook to pay license fees to Australian media companies for sharing their journalistic content. Noncompliance would incur millions in fines. In response, Google has threatened to block Australian users from accessing its search engine should the bill become law.

Mel Silva, managing director of Google Australia and New Zealand, told an Australian senate committee her company had no other choice but to block access to Google's search engine in Australia should the bill be adopted in its current form. Even though, she said, this was the last thing Google wanted.

Australian Prime Minister Scott Morrison in turn declared that his country would not be intimated, saying, "We don't respond to threats." He added that "Australia makes our rules for things you can do in Australia. That's done in our Parliament."

Why has the confrontation escalated?

Google has said it is willing to negotiate with publishers over paying license fees for content. The tech giant, however, argues Australia's proposed law goes too far. It would oblige Google to pay not only when providing extensive previews of media content, but also when sharing links to the content. This, said Silva, would undermine the modus operandi of search engines.

The bill would also establish an arbitration model under which an Australian judge would determine how much Google should pay if the company fails to reach an agreement with a publisher. This mechanism is dividing opinions, with Google arguing it produces an incalculable financial risk for the company. 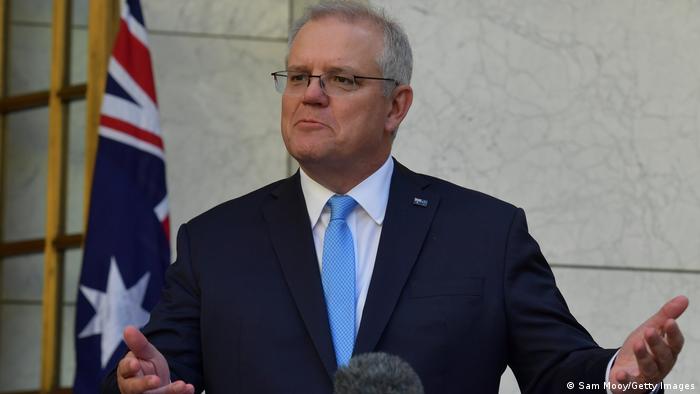 Morrison: 'We don't respond to threats'

"Search engines earn considerable money from media content, whereas publishers earn little," said Christian Solmecke, a Cologne-based lawyer specialized in media and internet law. Google, however, argues that publishers benefit from the platform, as users are directed to media content when it is indexed on the Google Newsfeed and elsewhere.

But publishers want a bigger share of the pie by receiving licensing fees. "Billions are thus at stake for Google," said Solmecke. He doubts the tech giant will follow through on its threat and disable the search engine in Australia. "After all, that search engine is an elementary part of the digital world."

But the row in Australia highlights a global dilemma. Recently, Google temporarily blocked certain Australian media content to some users in the country. The company announced the move had merely been a test run, though it was widely interpreted as a show of force: Oppose Google and you risk disappearing from its search results, facing dire economic consequences. For this reason, Solmecke said, "denying Google the right to use your content will remain a purely theoretical option."

Is the EU planning a similar law?

In the spring of 2019, the EU adopted an ancillary copyright directive. All members states must now translate the directive into national legislation and adopt national ancillary copyright laws. Akin to the proposed Australian media bill, the EU directive aims to ensure publishers gain a share of revenue earned by internet platforms like Google when sharing journalistic content. Tech companies like Google generate revenue by, for instance, placing ads next to search results.

However, the directive does not place as many demands on companies such as Google and Facebook. "European and German ancillary copyright law is and will remain more narrow than the Australian bill," said Stephan Dirks, a lawyer specialized in copyright and media law in Hamburg. Unlike the Australian bill, the EU directive allows tech platforms to display short media snippets for free. And it does not establish an automated arbitration model, either.

Solmecke, too, said the EU should keep a close eye on the standoff between Australia and Google. "The reaction of big tech companies can be seen as pointers toward their future conduct in Europe," he said.

Most EU member states are yet to pass their own ancillary copyright laws. It thus cannot be ruled out that Google's threats will have an impact on national lawmaking processes, said Dirks.

The European Union and the United States want to introduce tighter rules for tech giants like Google. Search engine rivals are ready to step up as efforts are made to create a fairer competitive environment.