EU member states have given final approval for copyright reforms ensuring artists and news publishers get their due in the internet era. The proposed reforms have triggered Europe-wide protests over internet freedom. 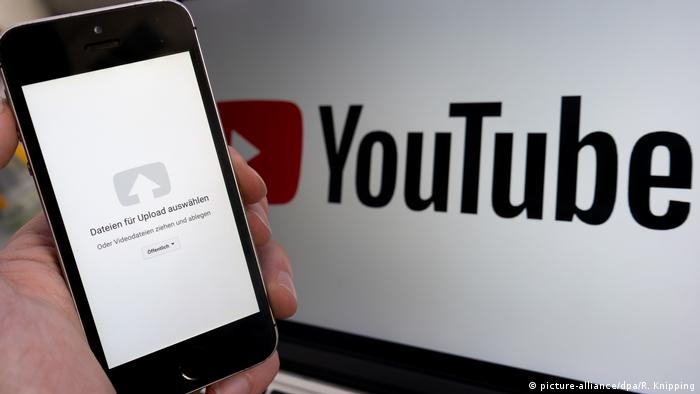 A controversial reform of EU copyright law aimed at ensuring the rights of artists and news publishers in the digital age was approved at a final vote by the bloc's member states on Monday. At the vote, held on the sidelines of a meeting of agriculture ministers in Luxembourg, 19 members were in favor and six were against, with three abstentions

The package has faced bitter criticism from those who fear it could obstruct the free exchange of information and creativity on the internet. Supporters of the reforms say, however, that they will ensure fair remuneration for those producing content displayed online.

What is the reform?

The draft law will mean that:

European copyright law dates back to 2001, and the European Court of Justice has long been calling for it to be modernized in line with the digital era. EU officials are aware of the fact that a lot of copyrighted material ends up online without the original owners being fairly remunerated.

The reform has been subject to two years of bitter debate and has provoked major street protests across Europe. The package has been opposed largely by tech giants, which make huge profits from advertising on content they host, and by supporters of a free internet. Among other things, critics fear the installation of "upload filters" that could catch and delete legal content by error, thus hampering the free exchange of information. Publishers and artists have been in favor of the reforms, as they have often lost out on essential revenue when the content they produce has been made accessible free of charge on the internet.

Read more: New EU copyright law: Will upload filters destroy the internet as we know it?

One of the most hotly debated features of the reform has been Article 13, which would require social media platforms to make sure before they upload content that it does not violate copyright laws. This could lead to the use of the above-mentioned upload filters. In the finalized bill, Article 13 is now called Article 17.

Read more: Article 13: Will it hinder or promote artistic expression?

How did Germany vote?

The German government agreed at the last minute to approve the bill. However, in a statement to the minutes, it was to stress that the use of upload filters was not going to be made compulsory in Germany, according to government sources cited by the Reuters news agency.

The measures had already been approved by the European Parliament. Now final approval has been given by member states, their governments will have two years to implement the laws at a national level.