The Federal Office for Migration and Refugees (BAMF) turned down most of the church asylum cases in the first four months of 2019, according to media reports. Humanitarian groups have criticized the rejections as harsh. 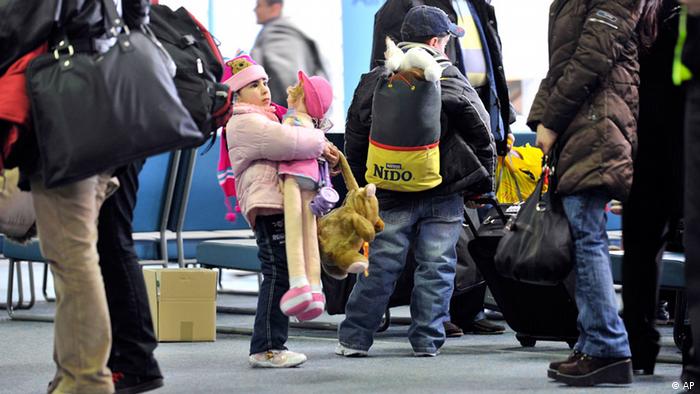 Germany's Funke media group reported Saturday that this year, the Federal Office for Migration and Refugees (BAMF) had accepted only two out of 147 church asylum cases through April. In 2018, the figure for the same period was close to 12%.

Overall, there were 250 reported cases of church asylum in the first four months of 2019, compared with 1,520 for the same period last year. Between 2015 and 2016, BAMF had recognized up to 80% of cases presented to it by the churches.

German churches grant protection to refugees facing difficult situations, called "hardship cases." They then present a request to BAMF for further examination. The main aim is to prevent imminent deportations of refugees into dangerous situations.

Left party politician and journalist Ulla Jelpke criticized the high rate of rejections. "This hard-heartedness is unbearable," Jelpke told reporters, adding that humanitarian principles were being sacrificed. "I urge the BAMF to deal with these cases sensitively and carefully."

Church communities see helping refugees as a Christian duty, but German authorities see church asylum as something that should be limited to exceptional cases, with deportation remaining an option.

Last hope in the church

For rejected asylum-seekers in Germany, turning to the church is often their last hope. Many parishes open their doors to delay or prevent an imminent deportation. The refugees then live for several weeks or months on the congregation's premises, which gives them temporary protection from police access.

In 2015, the German government and the country's major Christian churches found a compromise on the touchy issue of church asylum for refugees, agreeing that every single case of a parish offering shelter to refugees would be settled with BAMF and the church boards.

At a small church in The Hague, thousands of worshippers have been praying nonstop for nearly two months in an effort to protect Armenian asylum-seekers from deportation. But the government refuses to budge. (18.12.2018)

German churches used their asylum agreement with the government to protect nearly 500 people from deportation in the first quarter of 2018. The far-right AfD is currently criticizing humanitarian actions by churches. (25.05.2018)