German churches under scrutiny for violating asylum rules | Germany| News and in-depth reporting from Berlin and beyond | DW | 23.08.2018

The German government decides who receives asylum, and in special cases allows churches to grant sanctuary temporarily. But a recent report suggests that some churches are breaking the rules. 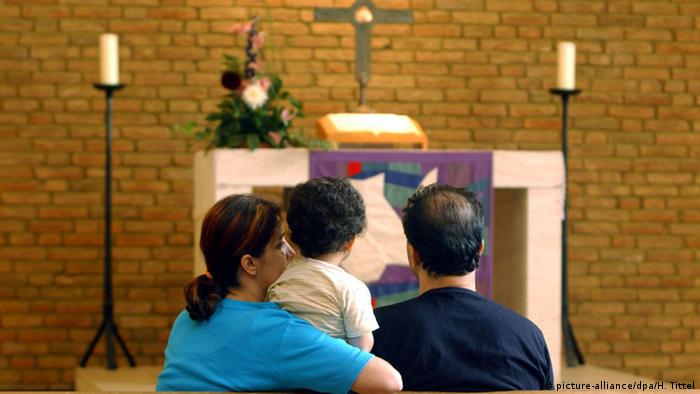 For rejected asylum-seekers in Germany, turning to the church is often their last hope. Many parishes open their doors to delay or prevent an imminent deportation. The refugees then live for several weeks or months on the congregation's premises, which gives them temporary protection from police access.

Church asylum makes it possible "to submit individual cases to the authorities for re-examination and thus prevent humanitarian hardships," according to Karl Jüsten. The prelate heads the Catholic Office in Berlin, which liaises between the Catholic German Bishops' Conference (DBK) and federal bodies in political affairs.

The issue of church asylum requires a good deal of tact, as it is a gray area where law, humanitarianism and national politics intersect. And that's exactly why recently released figures have triggered such a contentious debate. According to a DPA report released this week, church parishes disregarded key procedural rules in roughly 50 percent of the cases they saw between early 2017 and the end of June 2018. The figures were provided to DPA by the Federal Office for Migration and Refugees (BAMF).

A total of 2,533 church asylum cases were submitted to the authorities during that period, according to the German Interior Ministry in response to a parliamentary query submitted in July.

Read more: Are baptisms being used to prevent deportations?

Despite a centuries-old tradition of church asylum in Germany, there is no legal basis for it. No law or formal obligation stipulates that the state or authorities must acquiesce to the church.

However, the procedural rules in question — which are based on the submission of "hardship dossiers" — stem from a process that was worked out between churches and government agencies in February 2015 to increase transparency. The respective parish must submit a hardship dossier, which details why an asylum-seeker's case should be reconsidered. Additionally, a contact person must be named. Under these conditions, Germany's federal migration office is willing to accept the church sanctuary and to re-examine the case.

Now it has emerged that too many congregations skirted the voluntary practice altogether. The head of the Catholic Office in Berlin, Karl Jüsten, stressed the need for a "good understanding" with the authorities. Thus, he said, it was in the German Bishops' Conference's interest that the "hardship dossiers" be submitted correctly.

'We'll stick to the rules for a second chance'

Thomas Jeutner, a Protestant pastor in Berlin, finds such a high number of deficient dossiers difficult to believe, given his practical experience. His parish, the Evangelische Versöhnungsgemeinde, had previously granted sanctuary in 14 hardship cases, and three people are currently in its care. 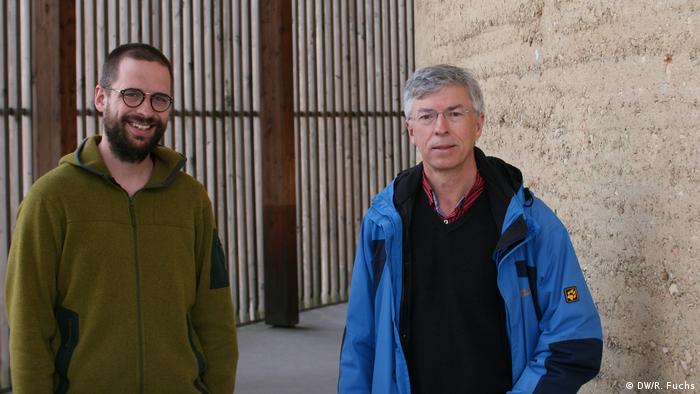 "If there is no dossier, we will not grant church sanctuary," Jeutner told DW. However, he did note that he is aware of a number of congregations in which, for pragmatic reasons, rules were deliberately ignored or circumvented. Jeutner emphasized that he does not know of any such cases in his church. "We will stick to the rules for a second chance," he said, adding that when possible abuses come up in individual parishes, they should not be ignored.

The Interior Ministry recently changed the rules regarding church asylum once again. Since August 1, refugees can be deported to the European Union member state where they first entered the bloc up to 18 months after the fact. Previously, this was only allowed up to sixth months after entry. After this deadline expires, the state where the refugee is residing is responsible for them.

Christian Weisner, the spokesman for the Catholic reform movement We Are the Church, says this new regulation is an unjustified change that merely highlights how unreasonable and unrealistic the EU's existing rules are. "Given the overall very low levels of church asylum, it would be very unfortunate if the state would further restrict this important Christian symbol of granting asylum," he told DPA.

If the migration office has re-examined a church asylum case and does not grant asylum protection, the refugees must leave the church premises. Churches are estimated to have prevented over 90 percent of their cases from being sent back to other EU countries so far.

German churches used their asylum agreement with the government to protect nearly 500 people from deportation in the first quarter of 2018. The far-right AfD is currently criticizing humanitarian actions by churches. (25.05.2018)

A Catholic relief organization has released a new report on the plight of refugees in Germany. The study, intended to push lawmakers into action, indicates that many newcomers to the country struggle to find employment. (27.09.2017)