Dutch church holds never-ending vigil to protect family from deportation | Europe| News and current affairs from around the continent | DW | 18.12.2018

At a small church in The Hague, thousands of worshippers have been praying nonstop for nearly two months in an effort to protect Armenian asylum-seekers from deportation. But the government refuses to budge. 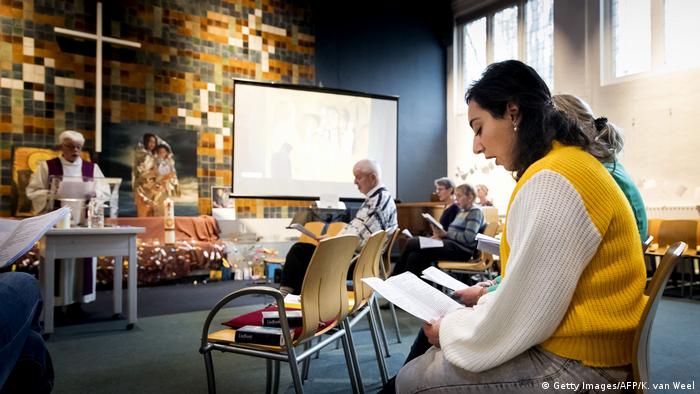 On a quiet and peaceful residential street in The Hague, Netherlands, something extraordinary is happening on Tuesday. And it has been going on 24 hours a day, for the last seven weeks.

Here at the Bethel Church, the church service never ends. This small red brick Protestant community center is using a loophole in Dutch law to protect the Tamrazyan family from being deported to Armenia.

Read more: Refugees wait for asylum in the heart of Europe

As she says this, a group of eight people arrive, saying they've driven three hours from the far southeast of the Netherlands just to take part. 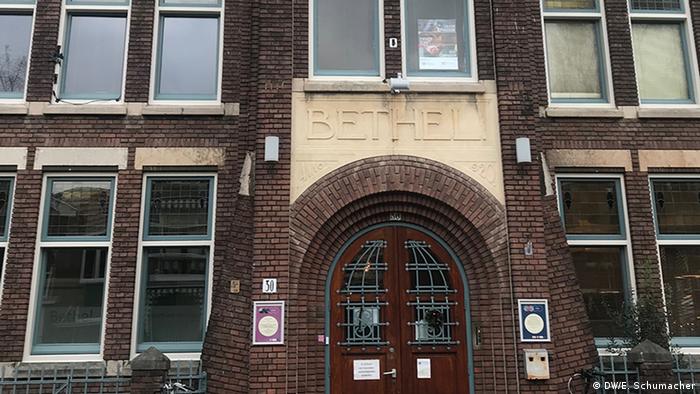 Antje, 39, is easily the youngest of the 20 people in the church on this day, and she admits to being the agnostic in the group. But that didn't factor into her decision to participate.

"It's such a beautiful thing they're doing," she says. "I wanted to show the community and the family how much we support them."

The pastor for the next two hours is Lydia Roosendaal from the nearby town of Gouda. Each minister has a degree of liberty with the service. Roosendaal has the group recite psalms together and sing the Leonard Cohen song Anthem.

Then she asks the group to pray for the Tamrazyans, who fled Armenia in 2010. The family of five made their lives in the small coastal town of Katwijk. When they lost their third and final appeal to stop their deportation order they took refuge in the church there, but later came to better-resourced Bethel community in The Hague.

'We have no intention of stopping'

The parents, whose names have not been given to the media, say they fear their lives will be in danger if they return to Armenia. Although the country has a democratically elected government and has signaled an eagerness to eventually join the European Union, it is still largely recognized as an emerging post-Soviet democracy and has been dubbed only "partly free" by the US-based NGO Freedom House.

"The government still hasn't changed their mind," says the church spokeswoman, "but we have no intention of stopping."

In a similar case in September, two Armenian children whose bid for asylum had been rejected were eventually allowed to remain after fierce criticism from rights groups.

But Mark Harbers, state secretary for justice and security, has rejected the calls for an exception to be made in this case. "The future of the Armenian Tamrazyan family can not be in the Netherlands," he said recently on Dutch television. 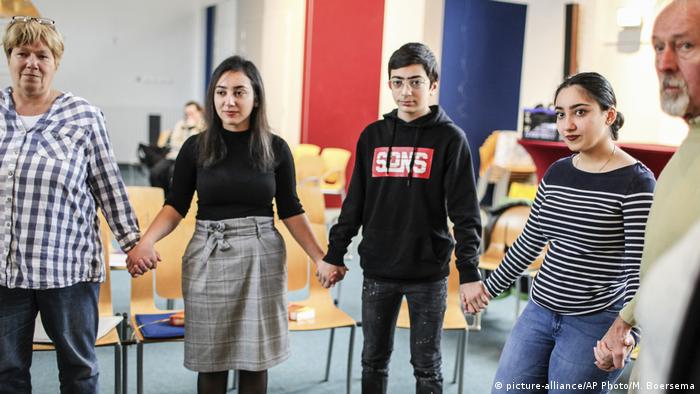 That being said, the authorities don't seem to be on alert for the second the pastors at Bethel pause for a breath. There are no police cars to be seen in the vicinity. Inside, there's plenty of food and drink and singing. The Tamrazyans themselves are out of sight; they live elsewhere on the small church compound.

Although they shy away from the media attention the church service has brought, the eldest Tamrazyan child, 21-year-old Hayarpi, keeps a blog where she writes poems in Dutch and English.

Activists trying to stop deportations, like 21-year-old Elin Ersson, are going so far as to prevent flights from taking off. Ersson's video on board a plane went viral, but she's not the first to use this tactic. (27.07.2018)

EU states push ahead with Afghanistan deportations, despite increased danger

Activists are demanding EU member states stop sending asylum-seekers back to Afghanistan. Violence against civilians is on the rise in the country, yet some European governments appear eager to continue the deportations. (10.10.2018)