Over the Christmas holiday period animal shelters in Germany are stopping people from taking pets home. They say that anyone who does not understand why is probably the wrong person to adopt. 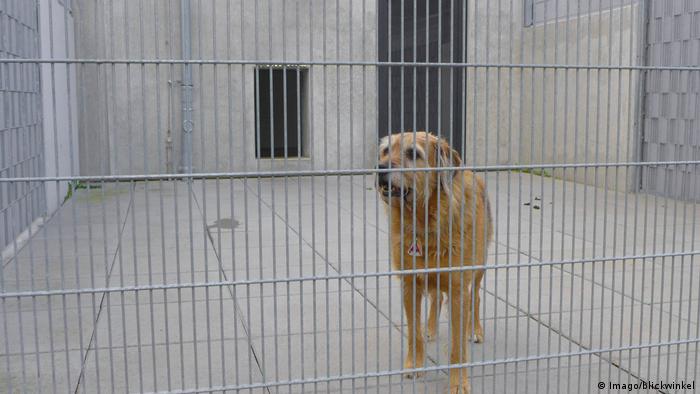 A pet for Christmas? Certainly not in Germany, if the country's largest animal shelters have anything to say about it.

From around December 15 anyone turning up to shelters in major cities such as Berlin, Hanover or Bremen to adopt will be turned away and asked to return in January.

"The temporary stop is there so that animals do not end up under the Christmas tree, because animals simply are not presents," Arvid Possekel, from the Hanover Animal Shelter, told DW.

"Ideally they become members of the family and you just don't give family members as presents."

Many animal shelters opted for the temporary adoption ban out of necessity, says Gabriele Schwab of the Bremen Animal Shelter. 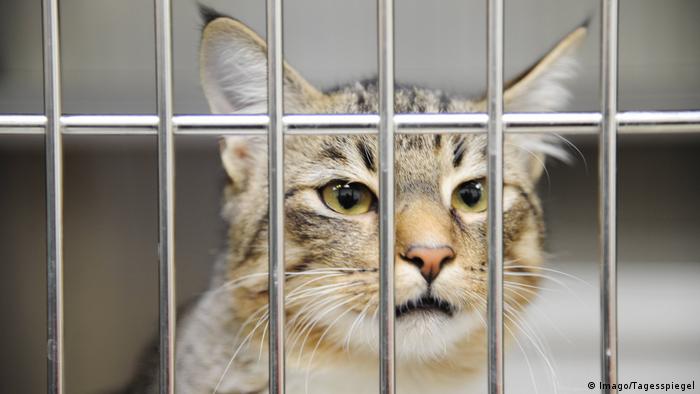 A cat in the Berlin Animal Shelter

Some people buy animals as ill-considered gifts, without speaking to their families first and often because of a lack of other ideas.

In such cases animals' fates can be tragic. Once the novelty of having the animal wears off the animals are returned to the shelter or, worse, abandoned.

The Bremen shelter has taken in around 1,100 animals this year and successfully given up 1,000 for adoption. However, it is still currently home to around 500.

"It's sadly the case that the first animals are abandoned even on Christmas Eve," Schwab told DW. "If you really want to gift someone an animal, then you can go to the shelter before the holidays, or in January, but it does not need to be two days before Christmas."

Christmas the 'worst time' for adoption

Another important factor for people to consider is just how stressful Christmas time can be, according to Possekel.

That makes it the worst time of the year to try and settle an animal into a new home.

"New Year is also a very hectic time. It means that animals that newly arrive in a home, come at the most stressful time of year,” explained Possekel.

"So with the stressful Christmas time with lots of visitors, or driving here and there, as well as New Year's Eve, it means generally people have far too little time to help their pet settle down. It's an enormous strain on the animal, on top of the stress of their new surroundings.” 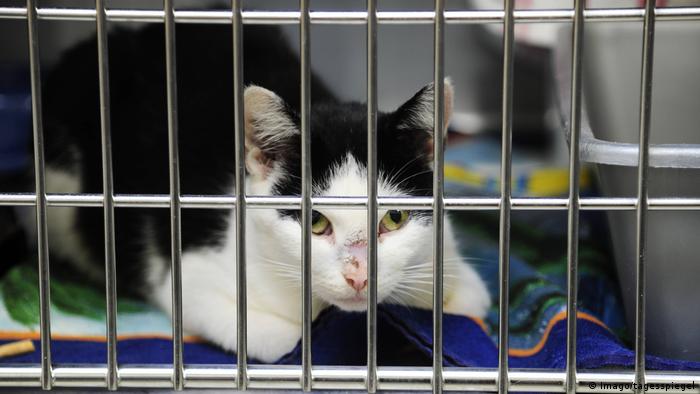 The Hanover shelter where Possekel works sees around 4,200 animals coming through its doors each year. It looks after around 450 animals at any one time.

All shelters are happy to receive people willing to provide loving homes to animals and offer them advice on adoption.

Families simply have to wait until January to collect them. The vast majority are happy to do so.

For those who react badly to not getting their animal sooner?

"Quite honestly, those people who don't understand, we don't want them," declared Schwab.

A judge in Mönchengladbach has sided with a graveyard keeper in a court case surrounding the grave of a cat. Minki's owner had sued, claiming the cemetery had scaled down the feline's final resting place. (14.09.2018)

Omicron will mean tougher restrictions for a lot of countries around the world. How should we be dealing with that news?

'No one has to be alone': Online campaign combats Christmas loneliness 24.12.2021

On social media and in person, the initiative KeinerBleibtAllein brings together people who don't want to be alone during the holiday season. As a result of the ongoing COVID pandemic, it's become even more important.

Germany's health officials are expecting a sharp rise in coronavirus cases around the New Year. Meanwhile, China has placed the city of Xi'an and its 13 million residents under lockdown. Follow DW for more.