German and British political parties: A comparison | Europe| News and current affairs from around the continent | DW | 24.09.2017

Is Angela Merkel's Christian conservatism similar to Theresa May's? Why doesn't the SPD use the word "Labour"? Just how different can two "liberal" parties be? And has the AfD soaked up all the ugliest aspects of UKIP? 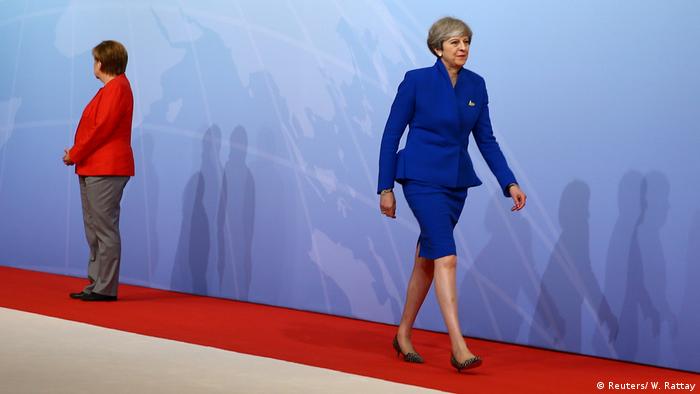 Few European leaders share so many similarities, yet circumstances are driving Merkel and May apart

More familiar with the House of Commons than the Bundestag, and unsure where Germany's parties stand when compared to their counterparts in Westminster? Then this one's for you.

Despite the Brexit-shaped elephant in the room, plenty of similarities bind British and German party politics. In fact, the only major difference is the way the votes are counted - with Britain's first-past-the-post system often delivering a less diverse parliament than Germany's partial proportional representation.

Imagine a Conservative Party without a euroskeptic wing, and you're pretty close to Angela Merkel's alliance of Christian Democrats. For a variety of reasons, not least the country's 20th-century history, Germany's CDU/CSU never developed the European fissure that once threatened to split the Tories, and may now divide the UK as a whole. At least for now, Angela Merkel need only worry about the Alternative for Germany (AfD) party - not about an organized army of backbench MPs and belligerent tabloids baying for Brussels blood. How David Cameron must have envied that! 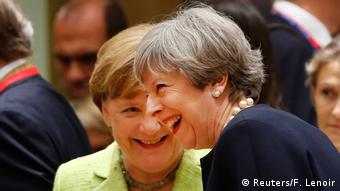 Will May and Merkel retain their positions as Brexit takes shape?

Putting Europe to one side — for it seems that's the British way — the parallels between the parties and their leaders stack up.

Both these conservative, center-right parties have been in power for several years now, following stints in opposition around the turn of the century. Both typically expect and win support from around four voters in every 10. Both rely on specific regional powerhouses to bring home the election-day bacon — Bavaria for the CDU/CSU, and primarily rural England, especially the south, for the Conservatives. Both have the daughters of protestant pastors at the head of government, both women in their early 60s, both better known for their competence than for their charisma.

On policy, too, it's a story of similarities, with both parties making a play for the political middle ground on most social issues, coupled with a more conservative stance on taxation and spending. The most obvious inconsistency is on energy: The Conservatives' push for a combination of renewable and nuclear energies is the policy Angela Merkel used to champion, until her sudden U-turn in the face of the Fukushima meltdown. 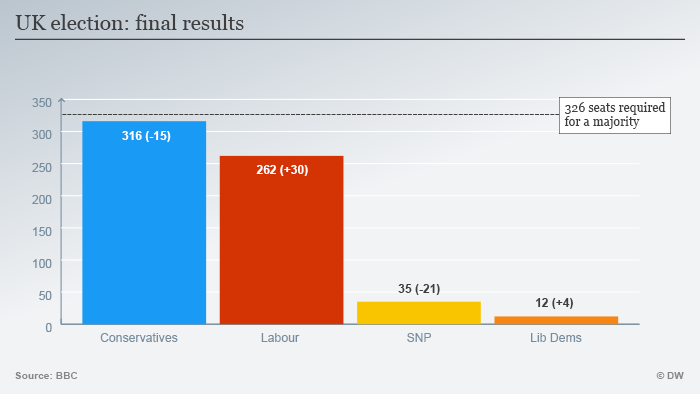 Few people seemed more surprised by the 2017 election results than Labour politicians, who had resigned themselves to crushing defeat under a leftist leader many of them believed to be unelectable. Then Jeremy Corbyn delivered Labour's best result in three elections. 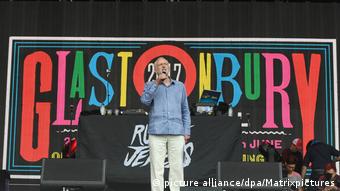 Schulz may be the SPD's bid to restore the common touch, but he's no radical like Corbyn

For Germany's Social Democrats, drafting in Martin Schulz after his stint as European Parliament president could be seen as a similar bid to go back to their roots — to undo the shift to the center that won them power under Gerhard Schröder.

But Schulz, a fresh face and a loud voice by Germany's soft-spoken parliamentary standards, has proven himself to be no Corbyn. His record is one of a sometimes outspoken political insider, Corbyn's is one of an obstinate outsider.

Were he a long-standing member of the German parliament, which has viable options to the left of the SPD, there's every chance Corbyn would have joined the Left party by now. SPD strategists picking Schulz were surely eyeing the more moderate voters who support the Greens or the Left, not their dyed-in-the-wool supporters.

And that was precisely the problem facing the SPD that Labour has largely avoided in the UK: While the CDU/CSU has kept its vote share fairly stable in recent decades, the SPD has suffered as the Greens and the Left establish themselves as credible alternatives for progressive voters.

Arguably the most influential party in the history of British politics never to have three sitting MPs simultaneously, UKIP now appears to be in the process of unraveling. Its victory on Brexit was rewarded at the polls with 1.8 percent of the vote this June, compared to 12.6 percent in 2015. 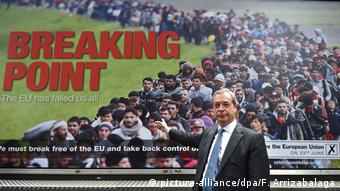 The AfD's original core anti-EU message has been expanded, in a way British observers might recognize

But as UKIP threatens to fade away, the Alternative for Germany (AfD) looks set to secure seats in Germany's national parliament for the first time.

The AfD, like UKIP, started out as an economists' project in opposition to the single European currency and the EU. But in recent years it's followed UKIP into the murkier waters of identity politics, especially since the 2015 refugee crisis.

Whether it's Nigel Farage talking about which languages he doesn't like hearing on a bus, or Alice Weidel calling for an end to political correctness, the subtext isn't difficult to parse.

Die Grünen, just as green but rather more relevant

In Britain, anyone can care about the environment, but only residents of Brighton can really vote for it. The Greens' sole MP, Caroline Lucas, has represented Brighton Pavilion since 2010. The party has strong localized pockets of support elsewhere, but that wasn't enough to win a second seat back in June. 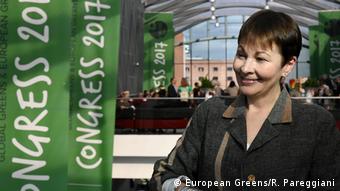 Germany's Greens - and here we return to proportional representation's effect on voting patterns - have been in parliament consistently since 1983. They've even spent two terms in coalition with the Social Democrats, and are now being wooed by Merkel's conservatives as possible coalition allies.

Germany's Free Democrats and the UK's Liberal Democrats are like a particularly amusing game of Chinese whispers — proof of just how much a message can change if everyone alters one word on its way around the room.

Traditionally, both parties offered voters a centrist "third way" in post-war politics — they were liberal in the European sense of the word.

The two countries' political landscapes pushed them in opposite directions, though. While the Lib Dems have drifted left down the years — a process that sped up in the vacuum created during Tony Blair's "New Labour" era — the FDP went the other way.

With the Greens and the Left clogging the left side of the spectrum, the FDP has become an alternative vote for right-leaning Germans. Effectively, the party became the choice of conservative contrarians: a home for non-Christian, socially liberal conservatives, and for voters seeking even lower taxes or more business-friendly policies than the CDU is offering.

Angela Merkel is coming under renewed fire over her refugee policies as Germany's election battleground heats up. Left-wing rival Martin Schulz has added his voice to long-standing criticism from the right. (23.07.2017)