From Russia with love: Rammstein's candid kiss sends ripples around the world

German metal band Rammstein can always be counted on to raise a stir. But their latest stunt appears to have hit a particular nerve in Russia. 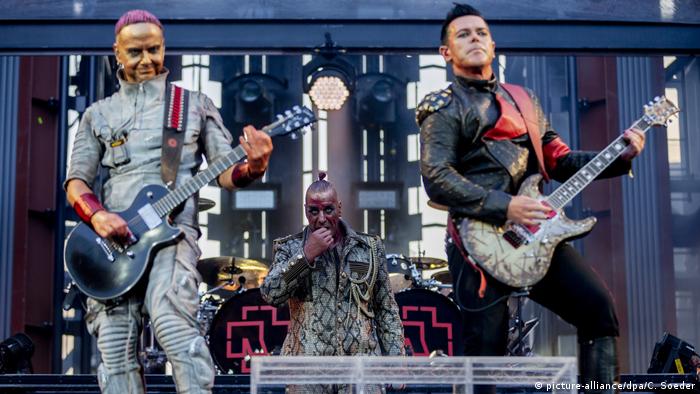 One of Germany's biggest music exports, Rammstein caused considerable commotion in Russia this week when guitarists Richard Kruspe and Paul Landers locked lips at Moscow's sold-out Luschniki Stadium. By Rammstein's standards, this would ordinarily be a tame episode. This is a band that for over two decades has been known for its controversial music videos featuring things like a simulated execution scene in a concentration camp and old footage by Leni Riefensthal, Adolf Hitler's personal filmmaker. 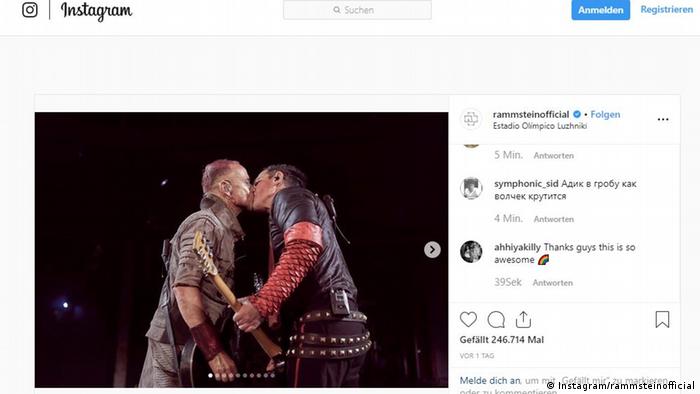 Kiss and make up? Russians are divided on the controversy

But since 2013, Russia has explicitly banned anything that could be interpreted as a positive depiction of homosexuality. Flying in the face of this ban, Rammstein's stunt is daring Russians to rethink their stance on the LGBTQ community. Not everyone may welcome the challenge.

'Russia, we love you'

Less than a week before the Moscow gig, the German band caused a stir in Poland by unfurling a rainbow flag onstage during a concert in Chorzow. The day before, a gay pride march in the Polish city of Bialystok had resulted in violence against members of the LGBTQ community. That was followed by comments by the country's archbishop referring to gays and lesbians as a "rainbow plague."

Although none of the band members are known to be gay, Rammstein took the artistic liberty of commenting on these developments onstage by flying the rainbow flag.

The group often makes headlines with provocative acts of solidarity with social underdogs. But by effectively breaking the law, the song in Moscow took things even further.

Images of the kiss went around the globe, with Rammstein making sure they shared the moment with their followers on Instagram accompanied by the words: Россия, мы любим тебя (Russia, we love you). But despite the band's huge popularity in that country, the love doesn't seem to be universally reciprocated, especially at the Kremlin.

United Russia MP Vitaly Milonov, a main sponsor of the anti-gay law passed in 2013, said on Russian radio that if Rammstein "believes they can get away with indulging in such histrionics, we are at liberty to believe that we ought to distance ourselves from such trash." He then went on to describe the band's fans as "not normal" before threatening to ban Rammstein from Russia altogether, despite the fact that the concert was only open to those aged 18 and older.

The good, the bad and the ugly

Threats to ban Rammstein fall on deaf ears among the vast majority of fans, who enjoy the metal group precisely for their controversial stunts. Less than two days after the concert in Moscow, there were more than 250,000 reactions to the picture of the kiss on Instagram alone. While many approved of the tender moment between the two guitarists and gave their thumbs-up, some users expressed concerns over unpredictable consequences.

"It was a great part of the show. God forbid that they ban you now for this," elizavetavenetsianskaia said on Instagram, stressing that people should refrain from interpreting too much into the little smooch. Another Instagram user with the handle iren_filini said that she'd feel "offended if they didn't go for the kiss" at their next gig in St. Petersburg.

Other followers and fans reacted less enthusiastically. @sadbowrie took to Twitter to say that "such behavior cannot be justified just because this is Rammstein," while @twegeek said the moment had come to set fire to his collection of Rammstein albums.

Predictably, some expressed their views with rants in foul language and anti-gay slurs, clearly spending far more time on composing 280-character hate-speech tweets than the duration of the onstage kiss.

Whether or not some people are now destroying their Rammstein CDs in Russia, the band seems unfazed. Causing a stir, whether justified or not, is part of its ethos, although it can be argued that it is never a matter of generating a controversy for controversy's sake. 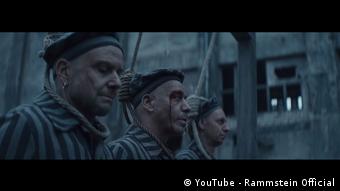 In an interview with Rolling Stone magazine in June, keyboard player Christian "Flake" Lorenz explained that Rammstein do not seek to shock as such. "We want to provoke, to move people. That's the opposite of entertainment. If all you're after is just to entertain — that's where art ends."

Rammstein's artistry, it has been argued, is more about challenging conventions and accepted standards and making people think about things they may take for granted. As the band prepare for their next concerts, hundreds of opposition activists in Russia are being detained, dissident voices silenced and LGBTQ people persecuted for no apparent reason other than politicians pandering to homophobia in society.

Displays of same-sex affection were not a crime in Russia not too long ago. In the early 2000s, Russian pop duo t.A.T.u. were celebrated both for their heavy dancefloor beats and for their songs celebrating lesbian love. It was later revealed that the mutual affection was staged to promote record sales.

Apparently more than just a PR stunt, Rammstein's brand of provocation seems to have provoked discussion, and in recent weeks in Eastern Europe, they've clearly been successful at that.