How North Korea went from threatening the US with nuclear war to seeking diplomatic talks with President Donald Trump. 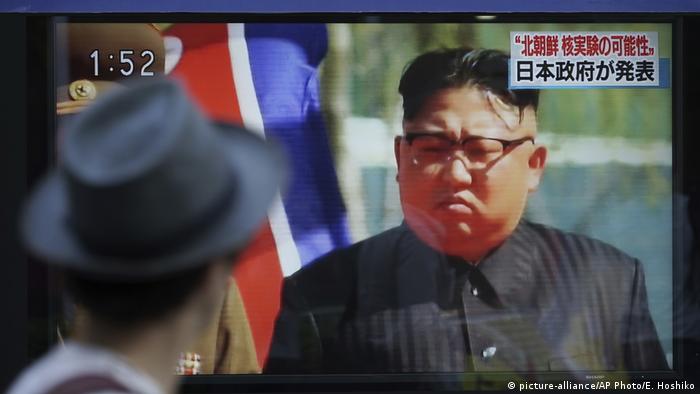 February 2012: Three months after officially taking over as Supreme Leader of North Korea from his late father, Kim Jong Un signs an agreement with US President Barack Obama to freeze nuclear and ballistic missile tests.

April 2012: Despite the moratorium, the rule of Kim Jong Un would see a serious push to increase the speed and number of missile tests. Just two months after agreeing to halt launches, Pyongyang attempted to launch a Kwangmyongsong-3 or Bright Star-3 satellite. Kim said that the launch was meant to mark the 100th birthday of his grandfather, North Korean founder Kim Il Sung. Although the launch was a failure, the move was interpreted in the West as a veiled missile test.

January 2012: One month after a renewed, successful launch of a Bright Star-3, Washington pushes for a UN resolution expanding sanctions against Pyongyang, claiming that the rocket used to put the satellite in orbit could also be used to carry a bomb to the US west coast. The UN Security Council adopts the resolution, widening the scope of travel bans against North Korean individuals as well as asset freezes.

March-April 2013: Relations between the two nations reach a low point during Barack Obama's administration. First, Kim declared that rockets were ready to be fired at American bases in the Pacific, causing growing concern for the security of US territories like Guam. The US begins moving significant military resources towards the protection of the western Pacific. At the same time, North Korea arrested US citizen Kenneth Bae, reportedly a Christian missionary who was sentenced to 15 years hard labor for trying to overthrow the North Korean government. Bae would eventually be released in November 2014.

2013-2016: North Korea conducts a series of nuclear tests, each of increasing potency. The regime then declared to have perfected a hydrogen bomb, although Western experts found this claim dubious. In July 2016, a top North Korean diplomat said that the US putting Kim himself on its sanctions list was tantamount to a declaration of war.

June 2017: After 17 months in captivity for stealing a propaganda poster on a guided tour, US student Otto Warmbier is repatriated in a dire medical state. He had fallen into a coma, which Pyongyang blamed on a combination of botulism and sleeping pills. After his death on June 19, coroners found no evidence of botulism, but were also unable to find proof that the 22-year-old had been physically tortured.

August 2017: After declaring he would not pursue the diplomacy of his predecessor, the new US President Donald Trump instead begins trading insults with Kim Jong Un. He threatens to unleash "fire and fury" on Kim's regime in a press conference at his golf resort, prompting the North Korean leader to label the US president "mentally deranged." A month later, Trump vows to "totally destroy" North Korea in case of an attack on the US or its allies, and begins repeatedly referring to Kim as "Little Rocket Man."

November 2017: Shortly after US Secretary of State Rex Tillerson asserts that Washington and Pyongyang are in "direct contact" and pursuing talks, North Korea launches a missile that flies about 1000 km (620 miles) west and lands in the Sea of Japan.

January 2018: With longtime-supporter China beginning to pull back on aid to and trade with Pyongyang as part of ever-tightening international sanctions, the last of major round targeting oil supplies to the North, Kim announces in his New Year's speech that he will pursue a thawing of ties with South Korea. To that end, both Koreas agree to march under a united flag at the Winter Olympics in the South, and to field a united womens' ice hockey team.

April 2018: In what is hailed by South Korean President Moon Jae-in as a "miracle," he and Kim meet for an official summit, only the third such meeting to take place since the Korean War. North and South Korea committed to a "denuclearziation of the Korean peninsula" in the talks, albeit without defining what that would mean. At the same time, the White House announces that CIA Director Mike Pompeo had made a top-secret trip to North Korea to meet with Kim, after Trump accepted an invitation for direct talks. Should it take place, it would be the first direct discussion ever between a US president and a North Korean leader.

May 2018: President Trump welcomes the release of three US prisoners held in North Korea as a "positive gesture of goodwill" amidst preparation for a bilateral summit.

June 2018: Donald Trump and Kim Jong Un meet in Singapore and sign a comprehensive document in which the North Korean leader commits to full denuclearization.

US Secretary of State Mike Pompeo has landed in Pyongyang to meet with North Korean officials ahead of a planned meeting between President Trump and Kim Jong Un. There is also hope for the release of detainees. (09.05.2018)