The family of Otto Warmbier has filed a wrongful death lawsuit against North Korea after he died with severe brain damage after spending 17 months in captivity. The suit came hours before North and South Korea meet. 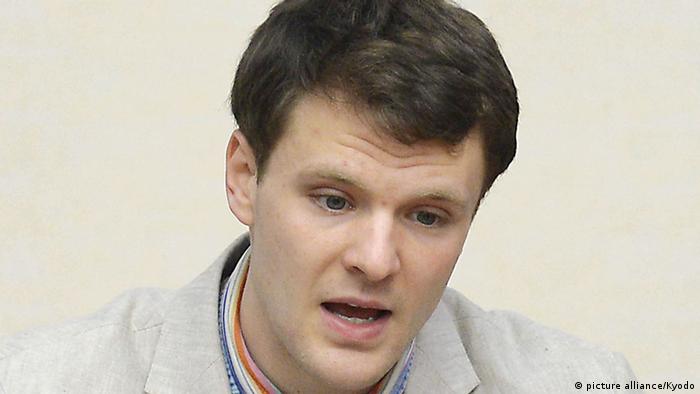 Warmbier arrived home last June in a coma after spending 17 months in a North Korean prison, dying days later at the age of 22 with severe brain damage. The University of Virginia student, who was on tour in Pyongyang, was detained and sentenced to 15 years of hard labor by North Korea's supreme court for allegedly attempting to steal a propaganda poster.

The 22-page complaint, filed in the US District Court in Washington, DC, accuses North Korea of "hostage taking, illegal detention, torture and killing" of Warmbier. The lawsuit by Fred and Cindy Warmbier seeks unspecified damages for personal injury.

"Otto was taken hostage, kept as a prisoner for political purposes, used as a pawn and singled out for exceptionally harsh and brutal treatment by Kim Jong Un," Fred Warmbier said in a statement.

"Kim and his regime have portrayed themselves as innocent while they intentionally destroyed our son's life. This lawsuit is another step in holding North Korea accountable for its barbaric treatment of Otto and our family."

The announcement of the lawsuit came hours before Kim was scheduled cross the heavily militarized border to meet with South Korean President Moon Jae-in. The North Korean leader also plans to meet with US President Donald Trump in May.

The two meetings are expected to focus on denuclearization, developing a peace regime and normalizing relations between the two countries.

Trump has raised Warmbier's death repeatedly in public statements as part of his administration's "maximum pressure" approach to North Korea.

According to American newspaper The Washington Post, the White House is supportive of the lawsuit but did not have a role in drafting it.

"Although this is a private legal action to which the United States government is not a party, Americans remain committed to honoring Otto's memory, and we will not forget the suffering of his parents, Fred and Cindy Warmbier," White House press secretary Sarah Huckabee Sanders said in a statement on Thursday.

The Warmbier family is being represented by McGuire Woods, and a lead attorney on the case, Richard Cullen, also represents US Vice President Mike Pence.