US President Donald Trump has said he will meet the North Korean leader by the end of May. South Korea said the meeting would put denuclearization "on track," while China warned things would "not be smooth sailing." 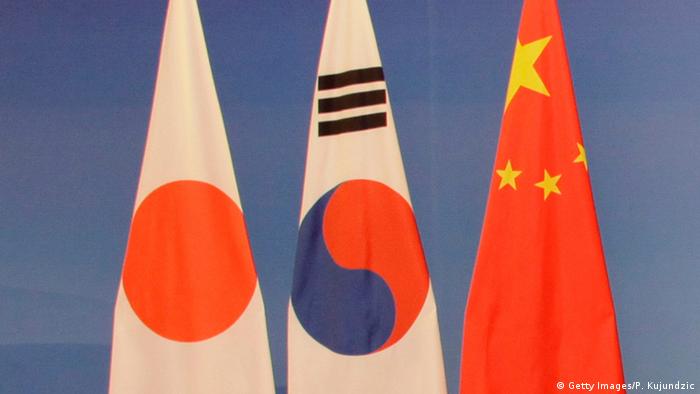 Relations between both countries had fallen to new lows at the end of 2017 following a string of North Korean nuclear and ballistic missile tests.

South Korea: President Moon Jae-in said: "The May meeting will be recorded as a historic milestone that realized peace on the Korean Peninsula," adding: "If President Trump and Chairman Kim meet following an inter-Korean summit, complete denuclearization of the Korean Peninsula will be put on the right track in earnest."

Japan: Prime Minister Shinzo Abe said he welcomed the summit annoucement, but added: "Japan and the United States will not waver in its firm stance that they will continue to put maximum pressure until North Korea takes concrete action towards the complete, verifiable and irreversible end to nuclear missile development."

China: China's Foreign Ministry said: "We welcome this positive signal by the US and North Korea in having direct dialogue," adding: "We hope that all parties can demonstrate political courage and make the right political decisions." Chinese Foreign Minister Wang Yi had earlier warned that discussions would "not be smooth sailing."

Russia: Russian Foreign Minister Sergey Lavrov said the meeting was a "a step in the right direction" and that "we do hope that this meeting is going to take place."

Britain: UK Prime Minister Theresa May greeted the announcement, but added: "We will continue to work closely with the US, South Korea and the international community to ensure that pressure on North Korea continues and sanctions are strictly enforced until Kim Jong Un matches his words with concrete actions."

Germany: German Chancellor Angela Merkel called the meeting "a glimmer of hope," adding: "More work has to be done, but it would of course be wonderful if we could experience a detente here because it was a great concern for us all, with the nuclearization of North Korea."