What's in the document that Kim and Trump signed?

North Korean leader Kim Jong Un has pledged "complete denuclearization of the Korean peninsula" in the joint text issued at the summit with Donald Trump. In turn, the US promises "security guarantees" for Pyongyang. 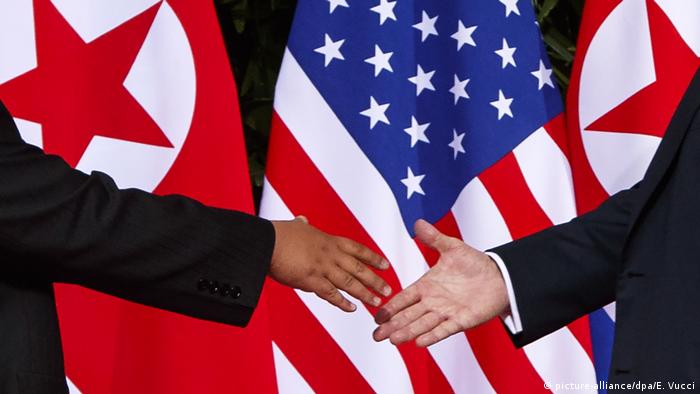 The leader of North Korea Kim Jong Un proclaimed his "firm and unwavering commitment to complete denuclearization" of the Korean peninsula, following a landmark meeting between the two leaders in Singapore.

In addition to nuclear disarmament, the two nations also pledged to:

The fresh start in relations between Washington and Pyongyang would "contribute to the peace and prosperity" of the world, according to the document.

The July 12th meet would be followed by talks between the US Secretary of State Mike Pompeo and senior North Korean officials "at the earliest possible date" to implement the outcomes of the Singapore summit.