French fries in Germany are about to get more expensive — or a lot smaller. And there will be no relief from other countries. 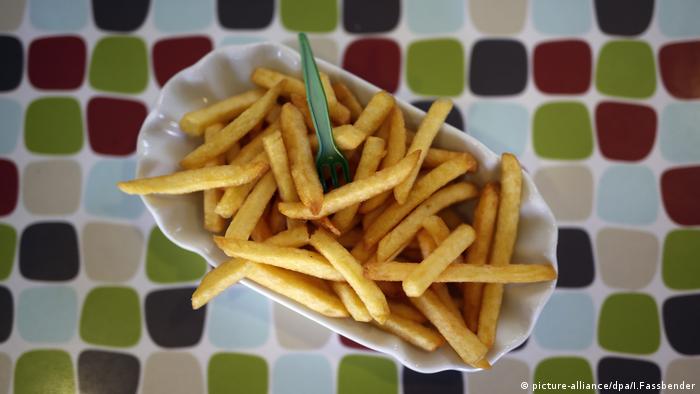 Sustained high temperatures and a lack of rainfall have hit German farmers hard, including the country's important potato sector.

The German Association of the Fruit, Vegetable and Potato Processing Industry (BOGK) warned on Sunday that the ongoing droughtmeans potato harvests will be "dramatically" reduced this year.

Out of all the potato products, french fries are likely to be impacted the most, the association warned.

"Large potatoes, which are necessary to produce french fries, will only be available in small numbers or in the worst case not at all in many areas," the BOGK said in a statement.

The association's director noted that prices for french fries will likely go up, or that the fries will be much shorter as producers will only be able to use smaller potatoes.

"If the larger assortments aren't there, you have to go back to the smaller batches," BOGK director Horst-Peter Karos told news agency DPA.

Up to 40 percent of crops could fail

The BOGK estimates that a minimum of 25 percent of the potato crops this year will fail, while the association's director said that number could be as high as 40 percent if conditions continue.

Agriculture experts said that using sprinklers to water the fields won't do much to improve the harvest situation under the current circumstances.

Importing potatoes from other European Union countries likely won't be an option, since several other top potato producers are also experiencing droughts.

Imports from non-EU countries are also not a viable solution as the imports are expensive and also only possible in limited amounts to reduce the risk of spreading potato diseases.

From French fries to potato pancakes to potato salads — Germany is a country that loves its potatoes. They're a staple side dish in many traditional recipes and are always present in their myriad of forms at festivals.

Germany is the largest producer of potatoes in the European Union, according to the EU's statistical office, Eurostat. Last year, over 11 million tons of potatoes were harvested in Germany.

With the summer heat leading to increased beer consumption, some breweries in Germany complain about lacking enough bottles and crates. Beer packaging, it seems, is a recurrent, long-term problem for the industry. (22.07.2018)

Germany's recent spate of sunshine, heat and lack of rain has been a boon for sunbathers. But there is a dark side to this heat wave: forest fires, dry soil and withered crops have farmers worried about their harvests. (05.07.2018)