Free tampons and the fight against period poverty | Europe | News and current affairs from around the continent | DW | 26.11.2020

Lack of affordable menstrual hygiene products continues to have a negative impact on women and girls around the world. Will other countries follow Scotland in trying to put an end to period poverty? 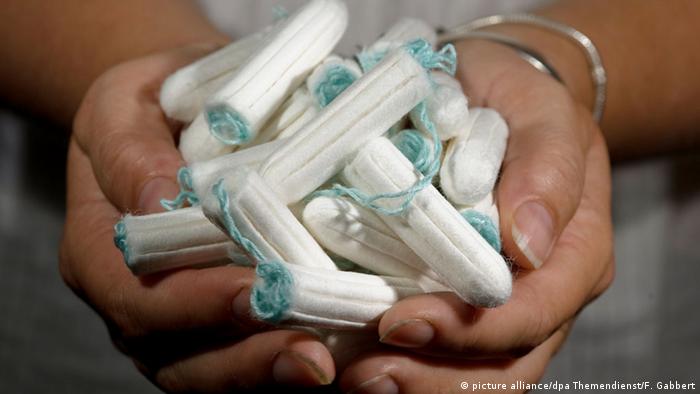 Scotland are making it a legal right to have free access to pads and tampons. They are the first country to do so. With more and more women facing period poverty during the pandemic, experts say other countries should follow their lead.

Tampons, sanitary towels or menstrual cups are needed by about half of the world's younger population. But getting access to these articles is not always easy. And many women or girls simply cannot afford them.

Read more: Opinion: When will India give women the right to bleed?

Scotland wants to do something to change that. It has become the first country in the world to make free access to period products a legal right. The Scottish Parliament voted unanimously to provide access to sanitary projects for free in all public buildings.

"No one should have to worry about where their next tampon, pad or reusable is coming from," said Monica Lennon, a Labour politician and member of the Scottish Parliament. Scottish First Minister Nicola Sturgeon also described the decision as "an important policy for women and girls."

Now the country has to create a system that gives everyone access to menstrual hygiene products, which schools and universities made available for free in 2019.

"This is a trailblazing move by the Scottish Parliament and it sets a great example for gender equality," Maike Röttger, executive board chairwoman of Plan International Germany, a humanitarian organization for the protection of children's rights, told DW. "I would hope that other countries also follow their lead and that it catches on."

Old newspapers instead of tampons

The Scottish legislation means that the country has become a pioneer in the battle against what has become known as period poverty — the lack of access to menstrual products due to financial constraints. Girls and women on low incomes often cannot afford pads or tampons and are forced to improvise with rags, toilet paper or old newspapers — even in prosperous western Europe. 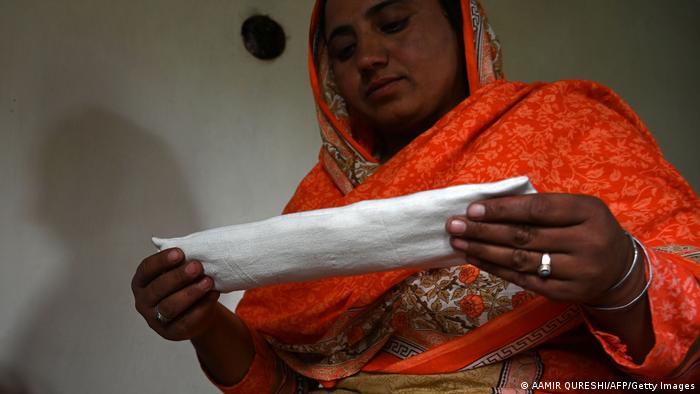 In many countries, menstruation products are locally made, such as here in Pakistan

According to a 2017 survey by Plan International, one in 10 girls in the UK do not have the money to buy pads or tampons. An estimated 14% create their own makeshift solutions. Some 1,000 girls and women aged from 14 to 21 were canvassed for the survey.

Previously, there had been media reports that some girls were missing school because they were unable to afford sanitary products. The problem of period poverty is thought to be starker in developing and emerging countries though little reliable research exists on the topic.

Bonn-based NGO Andheri Hilfe said only 12% of girls and women in India have access to sanitary products either because they cannot afford them or because they are ashamed to buy them. As a result, many girls drop out of school after they start menstruating.

Röttger said there are additional ramifications, "It also has health implications because the girls try to somehow replace pads and tampons with whatever is at hand and they can develop urogenital infections."

More and more aid organizations are trying to tackle this problem — for example by trying to cut the price of menstrual hygiene articles by getting them produced locally.

Menstrual bleeding is not a luxury

Other countries have also discussed how to eliminate discrimination against girls and women relating to menstruation. Germany reduced sales tax on sanitary towels and tampons from 19% to 7% at the beginning of 2020. More than a 100,000 people had signed a petition calling for the measure. Supporters of the petition were concerned not only about the price of the products but also called for a political rethink. Their argument: periods are not a luxury and so products should not be taxed at the higher rate. 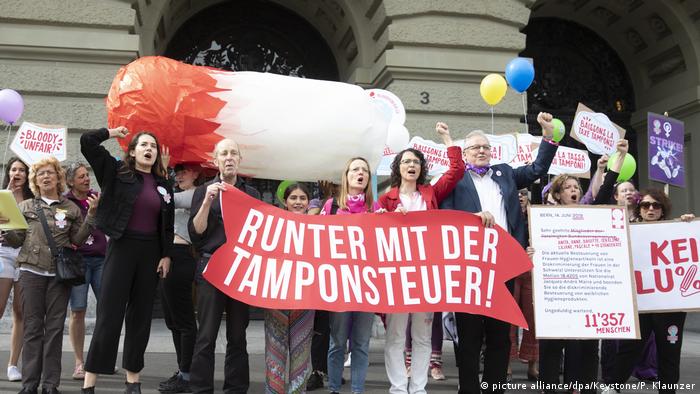 A box of tampons or sanitary towels might only cost a few euros, but people on low incomes struggle to afford them. Germany's basic welfare benefit only allocates €16 ($19) a month for hygiene products, such as toothbrushes, soap and shampoo. A box of tampons costing €2 or more can put considerable dent in that budget.

Germany was not the first country to reduce the tax on menstrual hygiene products. Kenya made them sale tax-free in 2011. Canada, Australia and India have followed suit. France, Spain, Poland and Austria have also lowered sales tax on sanitary articles in the wake of protests.

In Röttger's opinion, tax reduction is "just the first step towards offering the products for free."

Germany scraps 'tampon tax,' as menstrual products not a 'luxury'