"Period. End of sentence," the film which won an Oscar earlier this week, highlights prejudices against menstruating women in India. The film's producer Guneet Monga spoke to DW about raising awareness on women's health. 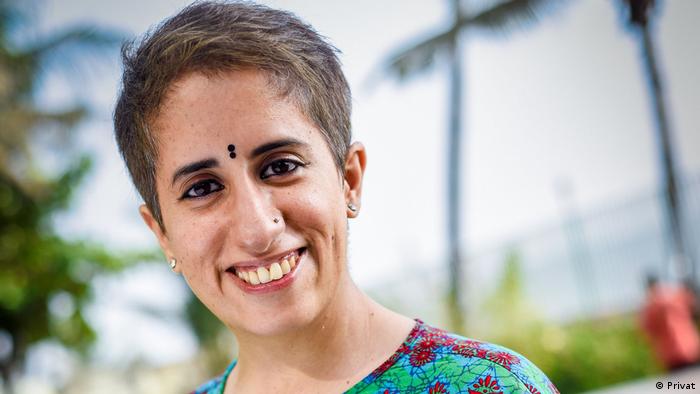 Period. End of Sentence is a documentary about the deep-rooted stigma attached to menstruation in the village of Hapur in the northern Indian state of Uttar Pradesh. For generations, women here did not have access to sanitary pads, leading to health issues and girls dropping out from schools.

Directed by award-winning Iranian-American filmmaker Rayka Zehtabchi, the film is created by The Pad Project, an organization established by a group of students at the Oakwood School in Los Angeles and their teacher, Melissa Berton.

The movie has been produced by 34-year-old Guneet Monga (pictured above), who was born in Delhi and heads the production company, Sikhya Entertainment. She has been involved in several critically acclaimed Indian movies, including Lunchbox, Gangs of Wasseypur and Masaan, which won the International Jury of Film Critics Prize at Cannes in 2015.

Monga is brimming with ambition and confidence after her Oscar victory and hopes the movie will help change mindsets and hard-wired attitudes, especially among males, towards menstruation. 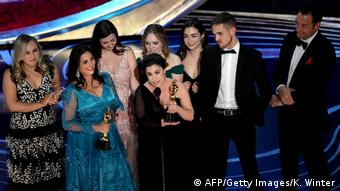 DW: How does it feel to win an Oscar and on a subject that is so sensitive?

Guneet Monga: Isn't it amazing that we have got it? The feeling has yet to fully sink in. I really have to thank a whole host of people, from the girls in Kathi Khera village in Hapur to the ones in Los Angeles, the NGO, Action India, and the voice of the film, Mandakini Kakar who is the co-producer [of the film].

This stigma [against menstruating women] has prevented girls and young women from staying in education, worshipping in temples and having access to basic sanitary products. It is a subject that needs to be talked about.

DW: Soon after you won the award you said, "Now, that we have an Oscar, Lets go change the world.” What did you mean by that?

This is a dream come true and has unleashed the potential among all of us that we can do much more. Periods are normal and in no way do they stop us from achieving anything. The documentary is recognition, but more awareness about menstruation needs to be created as in vast swathes of rural India, it is still taboo. I think this will propel us to make a feature film now.

DW: How do you plan spread the message, other than through a full-length movie?

We should have more conversations and keep the dialogue going. Many girls in India still have no knowledge of menstruation before their first period and the percentage of women in the country using sanitary pads is less too.

To give a boost to open discussions around menstruation, something which is still considered a taboo, I thought of involving men. Industrialist Anand Mahindra and the Uttar Pradesh chief minister Yogi Adityanath tweeted following our Oscar. So why not rope them in this initiative? Men should talk about menstrual hygiene openly and that should be very normal. We have to banish myths around periods. There has to be an end to this rubbish that is being peddled.

Young girls in India menstruating for the first time are considered impure and are excluded from social life. Tradition dictates they are not allowed into the family home and many are forced to stop going to school. (14.08.2012)

A machine to check for menstruating women - this was a Hindu priest's suggestion after being asked why women were being kept off his temple's premises. The statement triggered an online campaign called #Happytobleed. (25.11.2015)

A film that deals with menstrual awareness is not being released in Pakistan, unlike neighboring India, where it opened in theaters last week. Many Pakistanis took to Twitter to express their anger. (16.02.2018)

I hope to even meet the women and child affairs minister Maneka Gandhi when I come back, to see that the documentary is screened in all possible places.

DW: Menstruating women in the southern state of Kerala were threatened with physical violence if they entered the Sabarimala temple. Has the issue not promoted period-shaming among young girls?

Yes, I agree. It is ridiculous. The practice is prevalent in other temples in India as well. There are also myths and taboos around menstruation, many of which are rooted in religion. This is really unfortunate. We need to break the silence and empower women and adolescent girls about menstrual health management.

Were there any lasting impressions or takeaways while producing the documentary?

For me and the rest of the crew - we had to do a lot in breaking the taboo against use of sanitary napkins. Sure, there are communities not just in India but also in other countries who nurture these beliefs. That needs to change and that's why I said that the award is to more girl power... I really want every girl to know that each one of them is a goddess.