A film that deals with menstrual awareness is not being released in Pakistan, unlike neighboring India, where it opened in theaters last week. Many Pakistanis took to Twitter to express their anger. 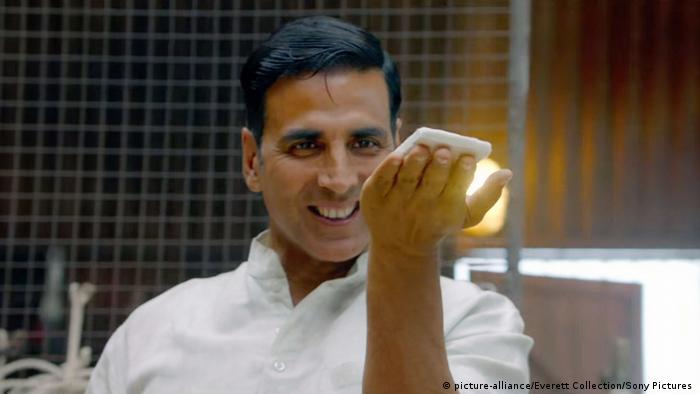 An Indian movie based on the true story of a man who started to manufacture low-Icost sanitary napkins after he discovered his wife's lack of access to them in a small town in southern India is not being being released in Pakistan.

It appears the Pakistani censor board refused to see the film because the taboo subject matter is a threat to Islamic culture.

In neighboring Pakistan, women are up in arms that the film hasn't been released, and some have taken concrete action:

In a society where menstruation simply isn't talked about and sanitary pads and tampons are handed to women discreetly wrapped up in black plastic or a paper bag in stores, men, too, have shown solidarity with women:

The film is loosely based on the life of Arunachalam Muruganantham, who invented a machine to make sanitary pads at a fraction of the cost of most commercially available products to give his wife an alternative to the rags and newspaper she used when she had her period.

Using the hashtag #PadManchallenge, dozens of Bollywood actors and actresses have meanwhile tweeted photos of themselves holding up sanitary pads, and the film is a topic of lively discussion on Indian radio talk shows. 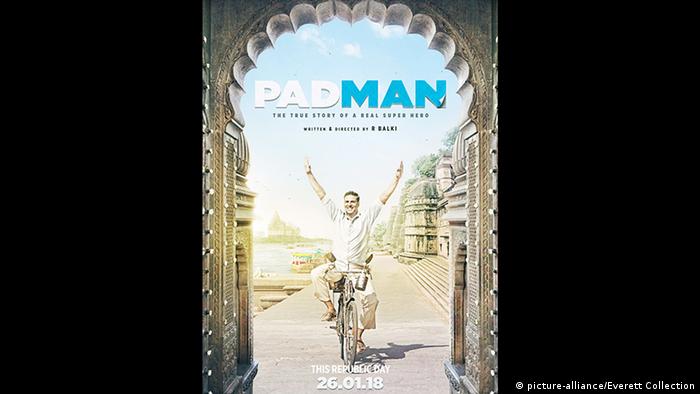 The director of the movie, R. Balki has urged the Pakistani censor board to view the film, saying they will "realize how deeply empathetic it is to the culture of the Asian subcontinent where women die due to a lack of menstrual hygiene."

"You cannot ban a film like this," Balki added. "If you are banning this film, then you are actually being unfair to women and humanity. It’s not just because of the movie, it’s because of a story of this man's life and what issue its addressing."

For many Indian women, especially adolescent girls, menstruation is shameful and uncomfortable. Women are often barred from temples and religious rituals in homes, or cooking or entering the kitchen when they have their period.

Indian and Pakistani filmmakers are teaming up on movie projects despite threats from national extremists in both countries. Can the cooperation reduce tensions between the historic rivals? (24.05.2016)

"Padmaavat" opened in theaters across India after months of fierce protests that kicked off amid false rumors that the movie featured a love sequence between a legendary Hindu queen and a Muslim ruler. (25.01.2018)

Popular film star Rajinikanth has announced he will take the political stage in India's southern state of Tamil Nadu. What drives Indian actors into politics and why do they succeed? Murali Krishnan reports. (01.01.2018)

In a country where many still view menstrual blood as a prop for black magic, a team of scientists in India have dared to convince rural women to hand over used sanitary pads to help detect cervical cancer. (22.09.2017)

Malaysia has banned "Padmaavat," a Bollywood epic that has enraged Hindu radicals in India, saying that it portrays Islam in a bad light. It isn't the first film to succumb to the censors' scissors in Malaysia. (05.02.2018)

In Pakistan, young girls do not receive health education about their own bodies. So when they experience their first menstruation, it often comes as a shock because the subject is taboo. One woman is on a mission to break the stigma surrounding periods.