Manufacturers of menstruation products are considering price increases, according to German media reports. Berlin dropped the tax rate on tampons and sanitary pads from 19% to 7% following an online campaign last year. 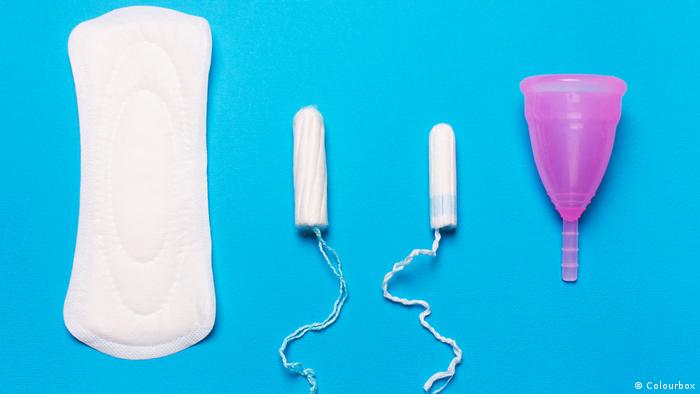 Earlier this month, taxes on menstrual products such as tampons and sanitary pads dropped from 19% to 7% following pressure from rights groups.

But Frankfurt-based industry newspaper Lebensmittel Zeitung reported that manufacturers had proposed "double-digit" price increases that could bump the price up to previous levels.

German retailers such as Rewe and DM have apparently pushed back against the price increases, Lebensmittel Zeitung and Berlin-based Der Tagesspiegel reported, quoting anonymous corporate contacts.

Last year, a petition calling for changes to the tax status of menstrual products garnered more than 180,000 signatures. The online campaign was called "Periods are not a luxury."

In October, Finance Minister Olaf Scholz of the center-left Social Democratic Party announced the tax break, saying: "Many women campaigned for this, and now we're making it happen."

Prior to the change, tampons and sanitary pads were taxed at the same rate as beer, wine and cigarettes.

Amid growing global awareness about the importance of menstruation products, countries are taking action to reduce or abolish taxes on them.

In Europe, Hungary has one of the highest taxes at 27% while Ireland and Malta are the only countries that do not tax such products, according to EU data.