Germany scraps 'tampon tax,' as menstrual products not a 'luxury' 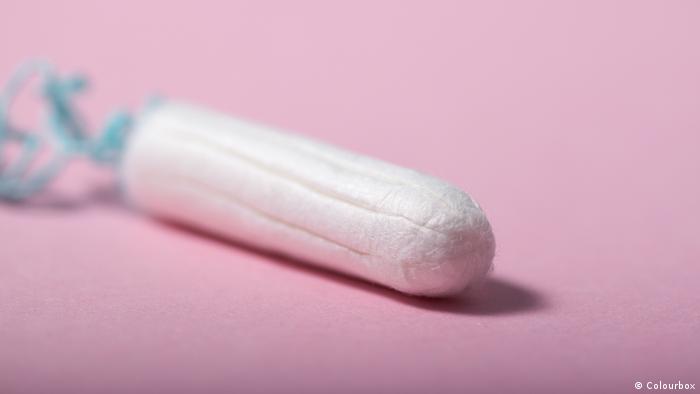 On a gray autumn morning in Berlin's government district, visitor groups jostle past the meeting room in a building next to the Reichstag. In the room, men and women are seated at a round table. Journalist Jule Schulte takes a seat across from them.

She has come here with a petition demanding that the German government lower taxes on tampons, menstrual pads and other period products. Schulte has already collected over 80,000 signatures from supporters, including tampon manufacturers and drugstore dealers.

Germany has long implemented a 19% tax on menstrual products — thus nearly an additional one-fifth of the price for tampons, pads, and menstrual cups. For Schulte, the problem is clear: the high VAT rate on period products is unjust.

The journalist calculates for the politicians in attendance: People who menstruate do so for some 40 years, five days a month — which works out to spending six and a half years of one's life having a period. It is not a choice, Schulte underlines — menstruation happens "regardless of whether one likes it or not."

Even daisies and pet goldfish get a break

A quick look at the tax regime reveals why the "luxury" tax rate on period products galls many people. There is actually a proviso for reducing the tax rate on many everyday consumer goods, including food — but also including cut flowers, bus fares, train tickets (as of 2020), or household pets such as goldfish. All these products have a 7% tax rate instead of the 19% applied to tampons, pads, menstrual cups and other products.

Germany's parliament, the Bundestag, had fielded many petitions, both on paper and online, prior to Schulte's initiative, including a change.org petition earlier this year that garnered nearly 200,000 signatures.

But until this past summer, the parliament consistently rejected them, claiming the regular 19% VAT on menstrual products was not discriminatory. Asked how the body could argue this, Schulte responds simply: Because "the fathers of the tampon tax never had a period."

"It is not surprising that such topics are given little attention in a parliament composed mostly of men," says Ulle Schauws, the parliamentary Green party spokeswoman for women and queer politics. More than two-thirds of the members of parliament are men, and the number of female MPs actually dropped in the most recent federal elections in 2017 to the lowest representation in two decades.

In developing countries in particular, many people cannot afford menstrual products, and going without leads them to miss school and work, causing further financial hardships and social discrimination. 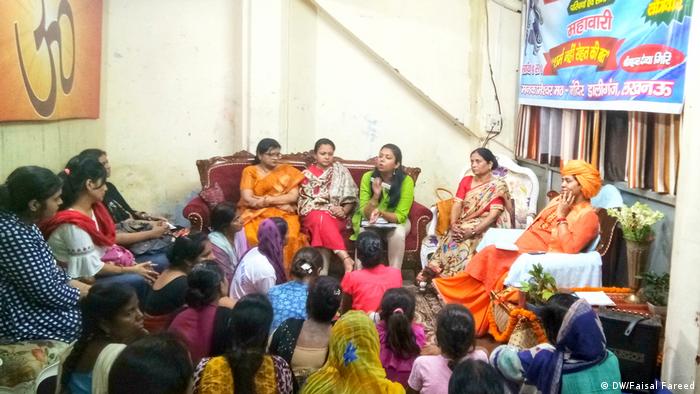 In recent years, Indian activists have successfully campaigned to abolish the period product tax, and held seminars like this one to reduce the stigma and taboo surrounding menstruation

Even in Germany, "the period is still a taboo topic in 2019," says Green Party politician Schauws. "Above all we have to make it clear to young girls that this is nothing disgusting."

Efforts to reduce the menstrual taboo and at the same time outsmart the sales tax have included selling menstruation coloring books or a book with tampons hidden in it. For books, the reduced tax rate of 7% applies. So could there be such books in the future for condoms, medicines or baby diapers? They are still subject to the 19% tax rate and they, too, are everyday necessities — leading many activists and politicians to say the entire VAT scheme needs a revamp.

Read more: 'Pink tax' means women are getting ripped off

Tampon tax as a Brexit argument?

In many countries, however, the sales tax on menstrual products cannot be abolished so easily. There is currently a minimum VAT of 5% throughout the European Union. The member states cannot lower the rate beyond that — but they can request to raise it. The tampon tax and the EU's alleged paternalism on the issue became campaign ammunition for Brexit supporters.

Neighboring Ireland had completely abolished its menstrual product tax, before the introduction of the 5% rate then raised prices again. Starting in 2022, the 5% threshold will be eliminated, and then all EU members could get rid of the tampon tax completely.

Back in the Berlin meeting room, there is already agreement among the German parliamentarians: The tampon tax must be lowered. The federal government has already incorporated the change into its annual tax law, and parliament approved it on Thursday. Starting January 1, 2020, the reduced rate for menstrual products will then also apply in Germany.

Tampons and other menstrual products are considered "luxury goods" by German tax officials. A group of feminists want to change that with a petition to the German parliament. (03.05.2019)

This year, for the first time, March 8 is a public holiday in the city-state of Berlin. But the concept of Women's Day in Germany is a centurylong work in progress. (08.03.2019)