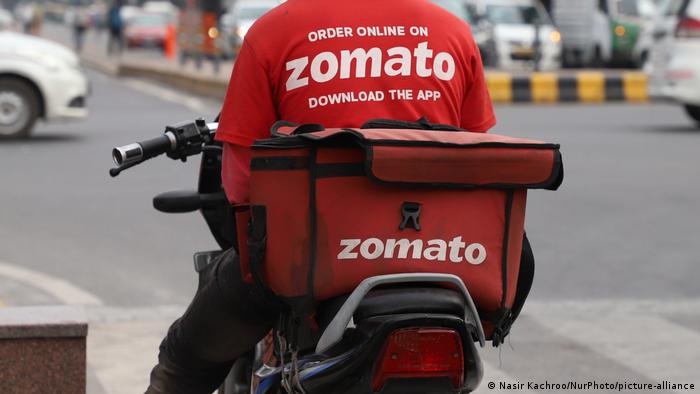 Zomato announced last month that it would allow female and transgender employees to take up to ten days of paid "period leave" per year, as part of an effort to combat what it said was stigma around menstruation. This has sparked a debate on the issue, as many have doubts on whether period leave is a positive move.

Smaller Indian companies such as Cultural Machine and Gozoop already allow employees to take leave on the first day of their periods. The northern state of Bihar has been allowing female government employees to take two days of leave per month since 1992.

Zomato became the first high-profile corporate organization to do so. "At Zomato, we want to foster a culture of trust, truth and acceptance. Starting today, all women (including transgender people) at Zomato can avail up to 10 days of period leaves in a year," said Deepinder Goyal, founder and CEO, in a memo sent to employees.

Menstruation is considered a taboo topic in many sections of Indian society, and rarely discussed openly in personal or professional settings.

Studies have shown that around 71% of Indian girls are unaware about menstruation until they get their first period. Periods adversely affect many women and girls' access to education and employment. Less than 20% of women and girls have access to sanitary napkins.

"Many of us have been taught to view periods as an illness, and something that needs to be hidden from others. Trying to create a work environment where people can talk about it, and not shy away, is a good move. However, only time can tell whether Zomato's policy is a positive one," gender rights activist Srilekha Chakraborty told DW.

Countries such as Japan, Indonesia, South Korea and Zambia also allow period leave. Experts remain divided on whether this policy is beneficial. While the intentions of the policy may be good, many worry that the move may push women out of decision-making roles at offices.

Some Indian women are worried that this move may lead to the alienation of women at the workplace. Critics believe that asking for period leave may be counterintuitive to the struggle of women to demand equality at workplaces.

Barkha Dutt, a prominent journalist in India, tweeted that the move may "ghettoize" women.

"To achieve gender equality, I believe we must use methods of equity. Equality means treating everyone the same way regardless of need. But how can we ignore fundamental biological differences that make women's needs differ from those of men?" menstrual health activist Ananya Grover told DW.

"Equitable measures achieve the outcome of equality. By accounting for menstruating women's different needs, workplaces like Zomato are simply providing them with the proportionate support they need to truly have the same opportunities as their male counterparts," she said.

Rights activist Chakraborty, who works with marginalized and rural communities, believes that the period leave policy is unlikely to be a reality for the millions of women who work in the informal sectors of the Indian economy.

"Women who are informal workers and laborers are not able to benefit from the six-month maternity leave, protection from sexual harassment and other policies that are available to them. Women in the unorganized sector are not aware of their rights," she said.

While the policy may eventually spread to other organized workplaces, it is highly unlikely that women working in the unorganized sector such as domestic workers will be able to benefit from such policies in the near future.

"The conversation around menstruation in India often starts and ends with ensuring affordable access to menstrual products for all girls and women. This is the foundation, of course, but it is not all that needs to be done," said Grover.

"We need to dismantle stigma, be able to talk about menstruation like it's a normal biological process, and account for it while planning and making policies," she underlined.