France to Germany: Stop right-wing populism by making decisions | Germany| News and in-depth reporting from Berlin and beyond | DW | 04.10.2018

French Finance Minister Bruno Le Maire called on Germany to stop delaying EU decisions about taxes and the eurozone budget. The people of Europe are running out of patience, he warned, while populists love EU indecision. 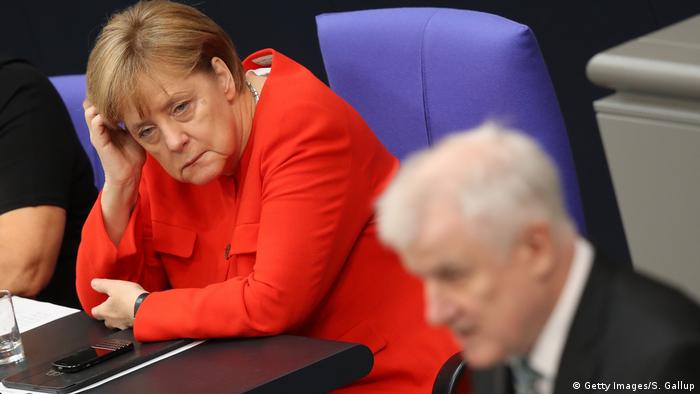 French Finance Minister Bruno Le Maire has politely asked the German government to come out of its domestic malaise and start addressing key European initiatives that France has been pushing for months – specifically a tax on international internet giants and a eurozone budget.

"My patience is endless, because that's part of my job," Le Maire said in a long interview with the Süddeutsche Zeitung on Thursday. "But the patience of the people is running out … it should be clear to everyone: Not making any decisions is nourishing populism. It's better to act quickly now and then refine afterwards. Nothing is worse than not deciding."

Read more: Do Merkel and Macron share the same vision? 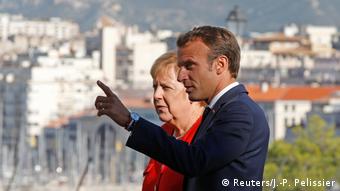 France has been pushing for more EU assertiveness since last year, when President Emmanuel Macron made a celebrated speech in Paris in which he called for a "new foundation of Europe," but Chancellor Angela Merkel's administration has spent the last few months bogged down in internal crises, especially rows over migration policy with Interior Minister Horst Seehofer.

Awkwardly, one of the indirect consequences of those squabbles was the elevation last month of Ralph Brinkhaus to the position of chief whip in Merkel's parliamentary group. Brinkhaus is a fiscal specialist who happens to be an opponent of the eurozone budget. Not only that, Seehofer's Christian Social Union (CSU) has also spoken out against the budget, and they are facing a state election in Bavaria this month. The last thing Merkel needs is another row with her Bavarian sister party.

The paralysis was acknowledged by members of her own party on Thursday. "In the face of the domestic political tensions we could not yet drive our foreign and European projects with the strength that would have been necessary," Roderich Kiesewetter, Bundestag member for her Christian Democratic Union (CDU), told DW. "But I am confident that the CDU/CSU and the SPD [Social Democratic Party] will be able to concentrate intensively on the business at hand again."

Franziska Brantner, parliamentarian for the opposition Greens, was less kind, and squarely blamed Seehofer for hampering the German government's European work – specifically at a Brussels summit in late June, when the government crisis over Seehofer's migration plan imposed itself on the agenda.

"Le Maire is right in calling for action from the German government," she said in an emailed statement. "The June summit was intended for the stabilization of the eurozone and was then hijacked by Seehofer. The government is being careless and cowardly."

In fact, Merkel and Macron did agree on several stabilization measures at a bilateral meeting in Meseberg, a castle outside Berlin, in mid-June. In the "Meseberg Declaration," France and Germany decided to go ahead with a European security council, more money to protect the EU's exterior borders, and to put together an EU budget by 2021 – though with the significant, and slightly redundant caveat that Merkel would only support it if all the other member states also agreed. 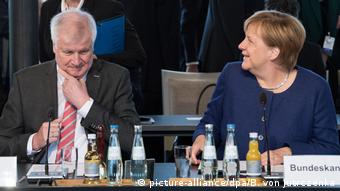 But Josef Janning, head of the Berlin office of the European Council on Foreign Relations (ECFR), said that Germany's delays were only partly down to domestic squabbles. "There's resistance to it, and Germany doesn't want these things enough to overcome the resistance actively," he said. "There are other countries who are not in favor of a eurozone budget either: from the Netherlands, to the Finns, to the Slovaks, to the Austrians. And Berlin is hiding behind the resistance of these others, and hiding behind the domestic agenda."

Janning believes that while Merkel is open to some kind of Europe-wide budget, or at least some measures to strengthen the European Stability Mechanism (ESM), "she doesn't want it so much that she's out there actively campaigning for it. And without an active policy on the part of Germany, nothing will move, and she knows this."

La Maire's argument is that a eurozone budget will serve to protect the European economy from the consequences of another 2008-style euro crisis because poorer countries won't be forced to cut vital departments like education and research. Janning is skeptical that this would work. "These macro criteria still allow you to avoid structural reforms if you only cut your costs enough," he said. "You can still achieve less spending by simply cutting pensions, which is what the Greeks decided to do. And they put the blame on Brussels."

However, Janning does agree that the EU's indecisiveness is only helping the rise of far-right populism. "The current situation gives plenty of good reasons to build more Europe, a stronger Europe, a more coherent Europe," he told DW. "Merkel practically does nothing to bring it about, because she avoids the risk of failure. And I think that in itself is extremely risky."

Germany and France to deliver eurozone reform plan by June

Germany's finance minister has said he is optimistic that a road map to reform the single currency bloc will be delivered before the summer. France claims it's all necessary to reboot the EU after the setback of Brexit. (28.04.2018)

French President Emmanuel Macron is facing a sharp rebuke from a group of senior German economists, who criticized his eurozone reform plans in an open letter as risky and leading the bloc into a "liability union." (22.05.2018)