The EU has unveiled a proposal to overhaul how multinational tech giants are taxed in the 28-nation bloc to prevent the companies from exploiting tax loopholes. The move is likely to exacerbate global trade tensions. 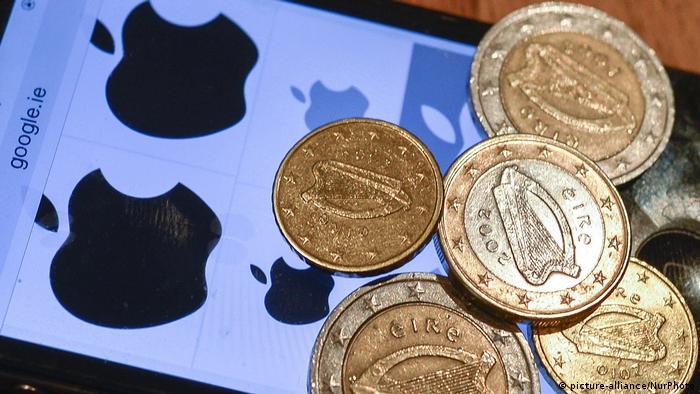 The European Commission (EC) on Wednesday presented its proposal to slap multinational tech behemoths with a special levy, dubbed as "digital tax," that is expected to raise about €5 billion ($6.14 billion) a year.

If implemented, the measure will force digital companies with significant presence in Europe to pay a 3-percent tax on their EU revenue, generated through online advertising, paid subscriptions and the commercial use of personal data.

The tax is set to apply to large firms with annual worldwide revenue topping €750 million and annual "taxable" EU revenues above €50 million.

The tax proposal is expected to hit Silicon Valley tech companies like Google, Apple and Amazon the hardest by forcing them to pay taxes to governments where they do business. The EU says these firms have exploited loopholes in tax laws and managed to lower their tax bills by shifting profits to low-tax jurisdictions within the EU such as Ireland and Luxembourg.

The effective corporate tax rate paid by digital firms amounts to just 9.5 percent, but traditional businesses pay about 23.3 percent, according to EU data.

But the measure is likely to pit low-tax European member states against countries like France and Germany, which have often complained about digital companies' aggressive cross-border tax planning and their not paying their fair share of taxes.

Eventually, digital companies would be taxed on their profits in any EU country where their annual revenues exceed €7 million, they have more than 100,000 users or more than 3,000 contracts are signed with business users in a year, the EU executive says.

In the interim, though, Brussels will stick to the 3-percent tax based on revenues.

The EC's tech tax move reflects both the increasingly vocal public anger in Europe aimed at low tax-paying online behemoths and the European authorities' push for more control over how the digital world operates.

It comes after major anti-trust decisions by the EU that have cost American firms like Apple and Google billions of dollars and also caught out Amazon. The measure, however, could further exacerbate global trade tensions ― particularly between Europe and the US ― at a time when businesses are increasingly worried about a potential cycle of tariffs and countertariffs imposed by governments worldwide.

The EU has already been on tenterhooks amid fears of a global trade war since US President Donald Trump recently announced steep duties of 25 percent on steel and 10 percent on aluminium. European Union Trade Commissioner Cecilia Malmstroem is in Washington this week trying to get the bloc exempted from the tariffs.

It is not immediately clear what steps the Trump administration would take in response to the digital tax. There could be calls in the US for Washington to retaliate. At the recent G20 finance ministers meeting in Buenos Aires, US Treasury Secretary Steven Mnuchin issued a clear warning that Washington "firmly opposes" any new tax imposed on American digital companies.

Ministers from the world's major developed and emerging economies also agreed at the meeting to delay the search for a solution on the thorny subject. In their communique, the ministers pledged to "work together to seek a consensus-based solution by 2020," on the taxation of digital giants. They agreed to provide an update on the situation in 2019.

The Commission's proposal also comes days after the Organization for Economic Cooperation and Development warned that countries failed to reach a consensus on how to tax digital businesses across borders.

"There are divergent views on how the issue should be approached," the OECD said, adding there was no agreement on how to approach such taxes in either the short or long term. The group, regarded as a club of rich nations, pledged that its member countries "will work together towards a consensus-based solution."

German industry, meanwhile, has warned of negative consequences resulting from the tech tax proposal, with the Federation of German Industries (BDI) saying that there could be "collateral damage" to industrial companies as politicians seek to reap tax money from tech firms around the world.

"Our companies are increasingly pursuing digital business models," said BDI Managing Director Joachim Lang in Berlin on Tuesday. "While they're digitalizing their products and processes, they're being affected by new tax burdens."

Google has launched a legal challenge to the €2.4 billion ($3 billion) fine imposed by the EU for favoring its own shopping service. The legal battle will prolong the internet giant's 7-year fight with the EU. (11.09.2017)

Google CEO Sundar Pichai has refuted accusations the tech giant failed to pay enough taxes in Europe, saying it was up to politicians to improve the tax system. Pichai also warned of the possible fallout from Brexit. (17.07.2016)