The Nazis jailed partisans such as Erich Honecker in the Brandenburg-Görden prison. Several decades later, when Honecker had become the East German leader, he in turn locked up political adversaries in this very jail. 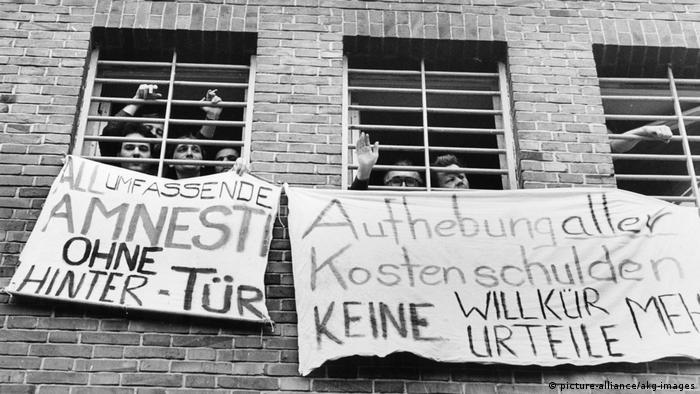 Thirty years after the fall of the Berlin Wall, there remain Germans who tout the legacy of the German Democratic Republic. The oft-heard claim that "not everything was bad about the GDR" and that the Soviet-allied state had great day care facilities, as some still assert, strikes 68-year-old Manfred Wilhelm as utterly absurd. He was a political prisoner.

In 1981, Wilhelm was sentenced to eight and a half years behind bars for the crime of inciting hatred against the state — just for telling a few political jokes to friends and in bars. He was locked up in Brandenburg-Görden prison, where Erich Honecker, the leader of the GDR, was once jailed by the Nazis. 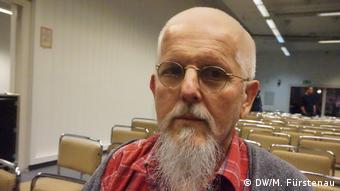 When Wilhelm's sense of humor offended the Stasi, he was sentenced to eight years

Honecker was the prison's most infamous inmate. The young communist was jailed there between 1937 and 1945 by the Nazis, and then freed by the Red Army. By 1971, he had become the most powerful man in East Germany.

The dictator would do to his political enemies what the Nazis had once done to him: throw them in jail. That became a lucrative business for the chronically skint communist state; the GDR jailed its citizens, and West Germany paid to have them freed — as it would for Wilhelm in 1985. 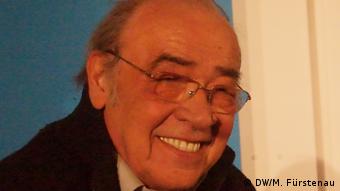 Drews, a Catholic priest, preached to the prisoners once a month

Many inmates held at Brandenburg-Görden prison and elsewhere in the GDR suffered tremendously. At least 500 prisoners took their lives. Starting in 1988, Catholic priest Johannes Drews, who was allowed to hold a monthly sermon at Brandenburg-Görden prison, experienced firsthand what inmates were going through. Though he was not officially allowed to talk to them, he did anyway. Drews says he was "inwardly very motivated" to do this because the Soviet army had incarcerated his grandfather in the former Sachsenhausen Nazi concentration camp between 1945 and 1948.

It is estimated that at least 170,000 people were incarcerated during the GDR's 40-year existence. Brandenburg-Görden prison, located along the Havel River just west of Berlin, was one of East Germany's biggest jails, and held up to 3,500 inmates. Historian Tobias Wunschik, who researched its history and mistreatment of inmates, has now published a detailed, 1,000-page study on the prison.

Wilhelm's stories and those of other former prisoners greatly helped Wunschik compile his study. Most significantly, though, the historian relied on files kept by East German secret police — the Stasi — which was instrumental in pitting political prisoners against each other and spying on them. Wunschik estimates that up to 12 percent of prisoners were in fact undercover Stasi agents. Political prisoners were treated worse than ordinary inmates "even though they did not behave inappropriately."

Convicted murderers would physically abuse Wilhelm as inmates to lined up in corridors to be counted. Overall, Wilhelm remembers, there was a lot of distrust among the inmates. He says it was very difficult to talk to other inmates about how he felt. At some stage, he decided to think positively as a way of dealing with the monotony, hostility and pervasive sense of suspicion. He says he would think about his previous experiences and his dreams for the future. The double isolation — from both their East German society and from the world outside it — was extremely difficult to cope with. To get a sense of what was going on in the outside world, inmates even built miniature radios with which they secretly tuned into West German radio programs.

Drews had a feeling that some of the repressive methods used by the GDR bore similarities to what the Soviets and Nazis did to their prisoners. To combat this, Drews always made an effort to greet inmates with a handshake and to tell them about the goings-on in the country. After all, by autumn 1989, hundreds of thousands were taking to the streets, demanding political and societal reforms.

After the Berlin Wall had fallen on November 9, 1989, the prisoners sensed that they, too, would finally be freed. Four weeks after this historic event, they insisted on a press conference.  Drews says he will never forget this day. Inmates led him into their cells, in which ten prisoners or more had often been crammed. They showed him the bunk beds, the handful of chairs, and toilets without walls that robbed them of a bare minimum of privacy.

"We tend to forget so fast," Drews said. He added that Germans must continue to "reflect on law and justice" and above all be compassionate to others. Alas, there was very little of this in East German jails.

Wilhelm concurs. GDR leaders, he said, "applied what they themselves once endured under the Nazis to East Germany" — demonstrating how the tormented can become the tormentors.